Among the ways in which the coronavirus pandemic has impacted restaurants, bad customer behavior has been a recurring theme.

In July, Apt Cape Cod shut down for a “day of kindness” after a diner berated an employee for not taking his order before the restaurant had opened. In August, police were called to Mike’s City Diner in response to disorderly customers.

And on Tuesday, Richard Gordon, owner of the South End Buttery, posted an impassioned Facebook plea after a series of troubling customer interactions.

“Keep calm and come inside,” read a photo attached to the post, before Gordon went on to elaborate:

“But not if you’re going to be obnoxious, abusive or rude to our hard-working staff,” he wrote. “In that case, keep calm and stay away. Like all eating establishments, we are experiencing staffing shortages on some shifts and trying to provide the best service with the shortest wait-times possible. We appreciate our amazing customers and apologize for any potential delays in the preparation of food orders. If you don’t think you can have a pleasant, non-confrontational conversation when placing your order, consider instead using online ordering through our website and then pick up your food order inside on the right-hand side of the café. No interpersonal communication required!”

“PLEASE BE PATIENT. PLEASE BE KIND. WE HAVE A ZERO TOLERANCE POLICY FOR BAD BEHAVIOR,” the post concluded.

Gordon told Boston.com that he and his staff have recently seen an increase in rude customer behavior at the Buttery, but that he created the post after a particular incident on Saturday. A customer was tired of waiting for his drink, and asked for it to be made before orders ahead of his.

“When the barista, who’s been with us for two years, responded politely that he would have to wait his turn behind the other people who had ordered ahead of him, [the customer] knocked hot beverages [on the counter] towards the barista,” Gordon said. “Then he took a handful of coffee cup lids and coffee sleeves that were on top of the espresso machine and threw them at the barista.”

Before the staff had time to react, Gordon said the customer left the restaurant. So did the barista.

“He was one of my best employees and he hasn’t been back,” Gordon said, noting that the employee thankfully wasn’t physically injured. “He was scheduled for other shifts and got in touch and said he wasn’t comfortable coming back in.”

Like so many other restaurants, the Buttery is also having trouble hiring new staff, an issue which Gordon said is tied to unruly customers.

“A lot of people who used to be in this business don’t want to anymore because of the way people are treated by some customers,” he said.

With the staff he does have, Gordon said he’s looking at holding another staff-wide training for deescalating difficult situations.

“We had a policy around deescalating difficult situations with customers, and we are revisiting that policy to make it a little bit clearer about what to do,” he said.

“I just feel like I want customers to think about how they’re behaving and what they’re saying before they say it, and to care more about the people trying to serve them,” he said. “Our staff are courteous to them, and they deserve that back.” 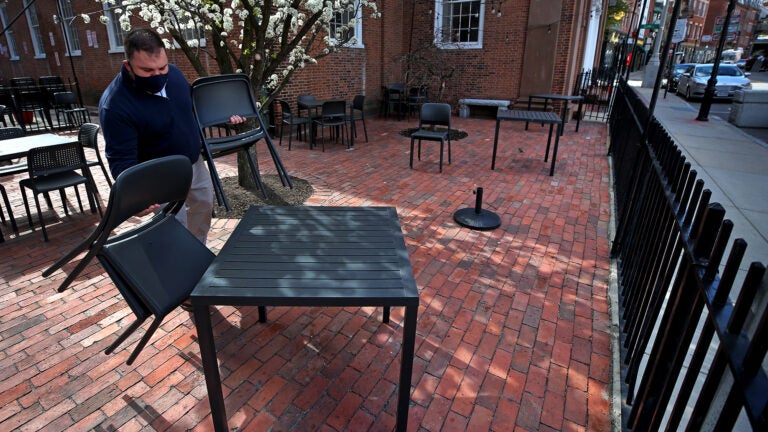