A historic Duxbury inn and tavern will be given new life on Wednesday with the opening of the Winsor House at Island Creek Oyster Farm.

It’s welcome news for fans of the celebrated oyster company, whose products can be found in some of the country’s most acclaimed restaurants.

The Winsor House, located adjacent to the farm, will serve as the food and hospitality flagship for Island Creek Oysters, offering dinner Wednesdays through Sundays.

“Stewarding the Winsor House into the future is a very humbling, full circle feeling to me and many on the ICO team,” Skip Bennett, founder and owner at Island Creek Oysters, said in a press release. “The Winsor House is where my family has gathered for generations; having it under the Island Creek
umbrella still feels surreal. At the farm, our goal has always been to go to
work everyday to do the thing we are most passionate about — growing oysters and building community — and to share that passion with others. Opening the Winsor House as our own is an opportunity to continue to do just that while honoring its history and forging ahead into the next era.”

Oysters and bubbly may go hand in hand, but in addition to a sizable selection of bubbles (plus beer and red and white wine), the drink menu also features cocktails with a heavy lean on rum. The Hemingway Daiquiri, a classic, is a blend of rum, maraschino liqueur, lime, and grapefruit, while the Sandbox showcases rhum agricole, curacao, coco mahina, and ginger. For a rum-centric spin on a mainstay, Cagle has concocted the rum old fashioned, made with a barrel aged blend of rums, bitters, and citrus oil.

Built in 1803 by the Winsors, a fishing and merchant family who found success in Duxbury’s bourgeoning shipping industry, the Winsor House has long served as an iconic landmark in the community. When Island Creek Oysters launched its annual Oyster Festival in 2006, attendees would gather at the Winsor House parking lot to enjoy fresh oysters and cold beer. Now, the new restaurant has a rum bar, multiple fireplaces, and an expansive nautical-themed mural by local artist Michael Coyne.

This is the third hospitality concept from Island Creek Oysters, which includes the farm’s waterfront Raw Bar and Portland’s The Shop. Island Creek Oyster Bar in Kenmore Square, which Bennett founded with restaurateurs Shore Gregory, Garrett Harker, and Jeremy Sewall, closed in February; the partners have since gone their separate ways.

Eager to get a glimpse of the revamped Winsor House and throw back some oysters? Reservations are now available on OpenTable. 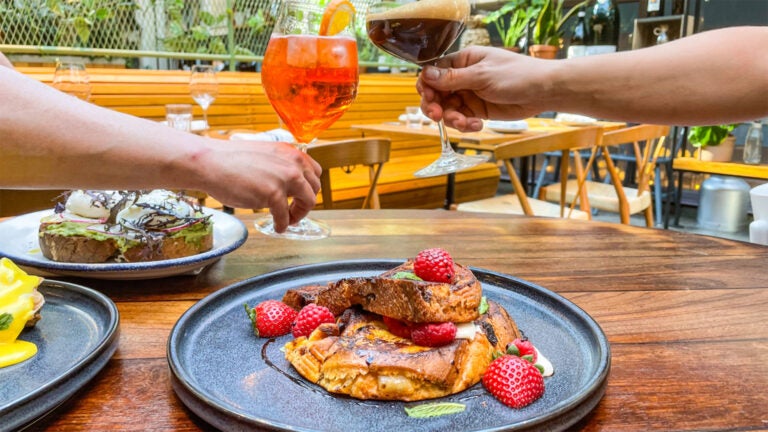