The list, which was released on Thursday, features 40 restaurants across the country that made an impact on the article’s four writers: Omar Mamoon, Joshua David Stein, Jeff Gordinier, and Kevin Sintumuang.

“We found ourselves digging into comfort, sure, but we also leaned into the unfamiliar. Into adventure,” Sintumuang wrote. “Eating at the very best restaurants is like winning a ticket to another place, another time.”

“The menu at Nana’s is full of stuff you see all over Connecticut, but everything rises to a higher level thanks to deep fermentation and the careful hands of baker David Vacca and chef James Wayman, one of the unsung pioneers in American cooking,” Gordinier wrote about the Connecticut pizza spot.

One of his favorite pies? The New England pizza with clams and bacon, which Gordinier says “tastes like clam chowder if it spent a few months in Italy and had an epiphany in Naples.”

Esmeralda, which opened in southern Vermont over the summer, happens to have a local connection. Owners Maria Rondeau and JuanMa Calderón also run Celeste, a Peruvian restaurant in Cambridge that has seen its own share of accolades — Esquire named it one of America’s best new restaurants in 2018.

“The day begins with dirt, fire, stones,” Sintumuang wrote about the Vermont newcomer, which also doubles as Rondeau and Calderón’s residence. “Then, once the morning fog has burned off, chef JuanMa Calderón, partner Maria Rondeau, and chef Victor Guadalupe gather in their backyard among the Green Mountains and layer in hunks of pork, fava beans, and other vegetables. This is the pachamanca, a Peruvian tradition of cooking food underground. Hours later, as the guests arrive, all hands get involved in extracting a meal that is, miraculously, perfectly cooked. Esmeralda is further proof that a restaurant doesn’t need four walls.”

Other restaurants on the list include Dhamaka, an Indian restaurant in New York City; Owamni, a Minneapolis newcomer highlighting indigenous cuisine; and Oyster Oyster, a bivalve haven in Washington, D.C. Check out the complete list of Esquire‘s best new restaurants here. 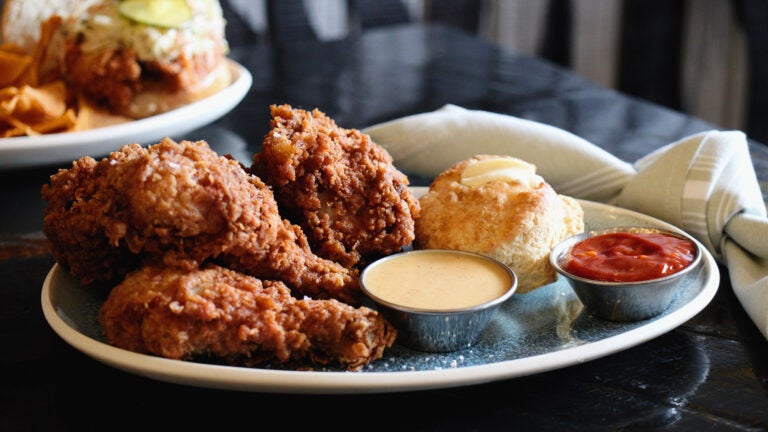