“I want to change the perception of what Irish cooking is here,” said
Aidan Mc Gee, the chef behind The Dubliner, an Irish pub and restaurant due to open in Government Center in early April.

Mc Gee cut his teeth in London at Michelin-starred restaurants Dinner by Heston Blumenthal, Foliage at the Mandarin Oriental Hyde Park, London, and Launceston Place in Kensington. In 2016, U.K. magazine The Tatler named him “up and coming chef of the year” for Truscott Arms, the now-shuttered gastropub.

“I’m not sure if you follow the Michelin madness, but Ireland currently has 18 one Michelin starred chefs and four with two stars,” he added. “Standards and cuisine have changed there into something more European.”

Before heading to Boston with his wife, an upstate New Yorker, he was executive chef at Irish Michelin starred chef Richard Corrigan’s Corrigan Collection.

His next professional move was, he said, a no-brainer: opening an Irish restaurant and pub in a city that prides itself on them. And, partnered with the East Coast Tavern Group (Emmet’s, Carrie Nation, Roxanne’s, Scholars), he would do it in the space that once housed an Irish bar institution, The Kinsale.

“We do not want anyone to think of this as the new Kinsale,” Mc Gee said. “We kept the floor, but everything else is gone. We want it to look like an old-fashioned pub with loads of wallpaper and a painted tile ceiling. We will have an outside patio with lots of greenery.”

The seasonally changing menu will include Irish fare such as fish and triple-cooked chips, a traditional Sunday roast of beef and Yorkshire pudding, and Irish-style shepherd’s pie. Seafood dishes include Maine crab served with soda bread and seaweed butter. The Dubliner will also have options for vegans and vegetarians.

“I love cooking vegetables. I grew up on a farm where we grew our own vegetables,” he said. “There is an intricacy in the flavors that is often overlooked. I want it to be a dish anyone would be happy to eat because they want to.”

As for corned beef and cabbage — that will be absent: “I’ve never eaten it,” Mc Gee said. “I’d never seen it until I came here. I was a bit confused by it.”

But Mc Gee promises The Dubliner will pour a pint of Guinness as tasty as those in Ireland.

“We will push for the best pint of Guinness in Boston,” he said. “That’s one of our biggest goals, and we have lots of tricks to do that.” 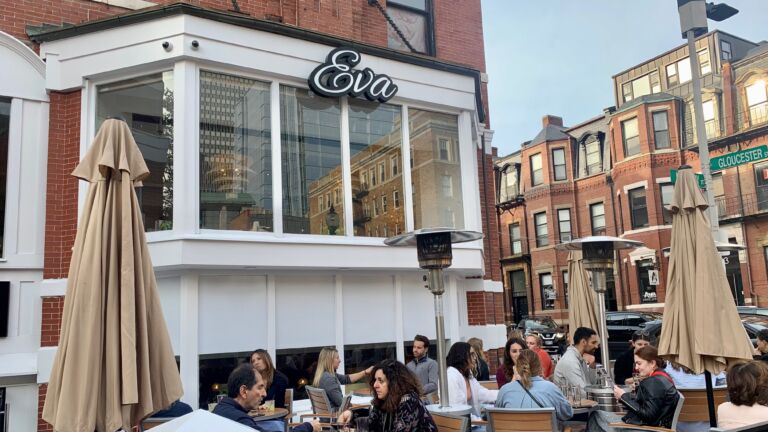