Kenmore Square will finally fill one of the gaps left by the 2020 closure of the three popular restaurants and bars — Eastern Standard, Island Creek Oysters, and The Hawthorne — which occupied the ground floor at the Hotel Commonwealth.

Filling the Island Creek and Eastern Standard spaces is “several months away,” according to Blue Ribbon Restaurants co-founder Eric Bromberg.

Initially, Blue Ribbon Sushi’s menu will reflect the New York location’s and include traditional sushi — sashimi, nigiri, and maki — with cooked main courses such as Atlantic salmon with yuzu beurre blanc and bok choi; chicken teriyaki; and a variety of steaks, including a filet with black truffle sauce; prime New York strip with sansho butter; and wagyu in two, four, and eight-ounce cuts.

“Eventually the menu might develop some regional variations as we get the ball rolling,” Bromberg said. “Then we will add slight variations as customers give us feedback. I feel like we already have a local Boston dish on our menu in New York: the Blue Ribbon roll is lobster with shiso and black caviar. We’ve been working with New England producers for decades.”

There will be a nightly changing omakase ranging from 12 to 18 courses, priced at $145 per person. Completing the menu is the signature dessert: the “Chocolate Bruno.”

Blue Ribbon Sushi was launched in 1995 by Bromberg and his brother Bruce with the late Toshi Ueki as founding partner and guide. Bromberg credits Ueki as the inspiration for Blue Ribbon Sushi’s style and spirit.

The Hawthorne space has been completely gutted and the main entrance moved from inside the hotel to a previously unused door on the street.

“We built a beautiful new entrance,” Bromberg said. “We have a lush garden patio.”

“The first one is the main one with the drinks bar. There’s the mezzanine runs, the sushi bar, and there’s a very sexy and cool room at the back with a magnificent mural by artist Katherine Meredith,” Bromberg said. “It’s a Japanese wave scene with Boston elements and a boat with Toshi sitting in it, floating on the waves.” 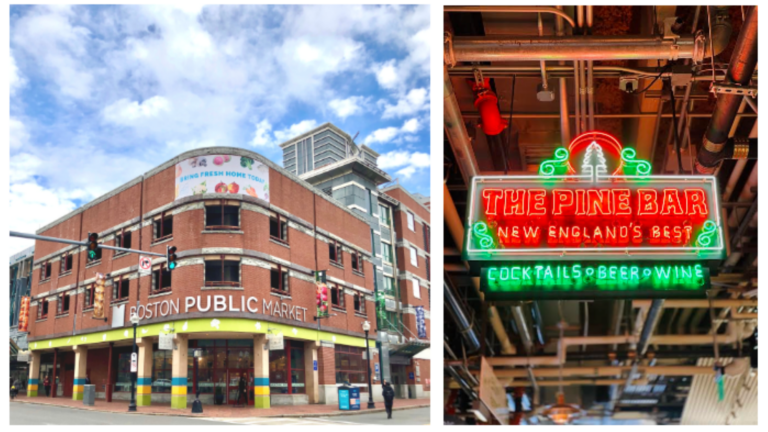