The recent resignations of two Boston School Committee members over controversial texts has left a “void” in the governing body of the city’s public school system, according to acting Mayor Kim Janey and local Latino leaders.

Lorna Rivera and Alexandra Oliver-Dávila, who both resigned after leaked texts showed them disparaging white West Roxbury residents, were the only Latina members of the School Committee. And while more than 40 percent of Boston Public School students are Latino, their departures left the seven-member committee with just one Latino member, Ernani DeAraujo.

“There is a void that must be filled,” Janey said during a press conference Wednesday afternoon, announcing the city would begin accepting applications Thursday to fill the two seats.

While she encouraged “any eligible Bostonian” to apply, Janey strongly signaled plans to replace Rivera and Oliver-Dávila with Latina women.

“There is a void of Latina leadership with the resignation of two Latina women who were strong advocates for equity in our schools, and I do seek to fill that void,” she said.

However, as acting mayor, Janey acknowledged that she can only make temporary appointments whose terms will run up until Boston elects a mayor to serve a full, four-year term this fall. At that point, whoever wins the election — Janey or one of the five other candidates — will have to make permanent appointments for the two School Committee seats.

And most of the rest of the field is already committing to appointing two Latino members.

City Councilors Annissa Essaibi George and Michelle Wu both said that, if elected, they would fill the spots with two Latina members. State Rep. Jon Santiago and former Boston economic development chief John Barros similarly committed to fill the seats with members of the Latino community.

City Councilor Andrea Campbell was the sole candidate that did not specifically pledge to fill the seats with Latina or Latino appointments; her campaign said committing to do so could raise legal questions or challenges for the city.

Still, she said the city’s board, departments, and commissions “should be reflective of the communities they serve, especially our School Committee.”

“As mayor, I will ensure the school committee is representative of the district’s racial, ethnic, and linguistic diversity,” Campbell said in a statement.

Santiago, the only Latino mayoral candidate, also became the only candidate in the race to call for a fully elected School Committee on Thursday. However, he would appoint Latino members to serve in those the two vacant seats until that system is established, according to his campaign.

“While we make the plan to an elected school committee, he’s very committed to making sure that the appointed membership resembles the diversity of the city,” Patrick Sheridan-Rossi, a spokesman for Santiago’s campaign, said. “Those two seats should definitely be filled by Latinx members of the community.”

Barros, a former School Committee member, similarly made a gender-neutral commitment, emphasizing the importance of having “diverse voices at the table when critical decisions are being made about our schools and our children.”

“I believe the seats now vacant on the Boston School Committee must be filled by members of Boston’s Latinx community, and as Mayor I will pledge to uphold that standard,” Barros said.

Spokespeople for Wu and Essaibi George said the city councilors would specifically make Latina appointments to the two seats.

“Latinx representation is critical in the education space and across all city bodies, and they must be intentionally included and represented in decision making processes,” Essaibi George said.

Why does it matter?

According to the Boston Foundation, Latinos accounted for 92 percent of Boston’s population growth since 1980. The disproportionately young group is roughly a fifth of the city’s population, but makes up 42 percent of BPS students.

However, advocates are concerned that Latinos, who are less likely to hold a college degree, could be disproportionately shut out of the Boston area’s growing high-skill economy. According to the Boston Foundation, almost half of new job openings will require at least an undergraduate degree by 2022.

Earlier this week, several dozen Latino leaders sent letters to Janey and the rest of the mayoral field, calling on the mayor to, among other things, appoint “two equity-focused Latino leaders to the School Committee immediately,” and requesting meetings with the other candidates to discuss Latino representation and equity.

The group expressed concern that controversial texts by Rivera and Oliver-Dávila might overshadow the context that surrounded them.

The two Latina School Committee members apologized for their remarks, which came during a meeting about temporarily changing the admissions process to the city’s exam schools in order to give disadvantaged students a better shot. Both said that they had faced an onslaught of personal attacks — sometimes racially charged — over the move to promote equity in the admissions process.

In their letter Monday, the group of more than 30 local Latino civic and city leaders asked the mayoral candidates, many of whom condemned the texts, “to acknowledge the racial context underlying this course of events, which attempt to perpetuate the system inequities that have long plagued Boston Public Schools.”

“We believe that this leak was an attempt by status quo supporters to diminish the important work Alex and Lorna have done on the School Committee – and in particular their fight to ensure equitable access and opportunities for Black and Latino students, as well as English Language Learners,” the letter said.

Janey, who called the texts by Rivera and Oliver-Dávila “unfortunate” last week, said Wednesday that it will likely be “a number of weeks” before replacements are appointed.

Janey is one of the few candidates in the race who has voiced support for making the temporary move to drop admissions testing for Boston’s exam schools a permanent policy. Proponents note that the contentious, pandemic-induced move — which instead used grades and zip codes — increased the diversity of accepted applicants to the city’s elite exam schools last year.

“We will begin a new chapter of equity and opportunity for our students in Boston Public Schools,” she said Wednesday. 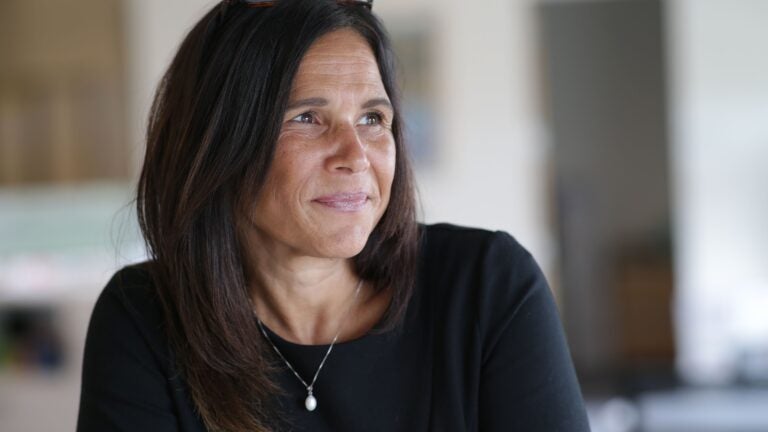