The U.S. government spent at least $5.2 trillion to combat the covid-19 crisis. It stands as one of the most expensive, ambitious experiments in U.S. history. And it succeeded.

A final phase of that assistance could begin this week, when the Treasury Department begins a $110 billion program of child tax credit payments for millions of Americans. Those benefits are set to run through the end of the year.

But even that program runs out, assuming it is not renewed. And policymakers will be undertaking an equally uncertain experiment by letting most other covid-19 relief aid run its course. Businesses and households that were able to navigate the pandemic with large levels of government aid will soon test their ability to forge ahead on their own

Previous attempts to let pandemic-related benefits expire were met with last-minute extensions, as economic updates remained dismal and hardship remained high. But the White House appears ready to let the training wheels come off this year as positive indicators pile up.

GDP numbers released later this month will likely show the economy has already recovered from its pandemic losses. The nonpartisan Congressional Budget Office expects it to grow at a searing 7.4% pace in 2021, and a still-respectable 3.1% in 2022, adjusted for inflation, which would be the strongest two-year growth spurt the U.S. has put together in 37 years.

But The Post pandemic boom, fueled by pent-up demand for services, trillions in extra savings and trillions more in government aid, will fade. CBO now projects growth will slow to 1.1% in 2023 and an average of 1.2% in 2024 and 2025 – the slowest growth the U.S. has ever seen outside of a recession, according to Commerce Department data going back to 1929. Before the pandemic, the CBO projected steady growth of between 1.6% and 1.8%, rather than a dramatic boom and a leveling off.

And while the economy will be bigger and Americans will be better off than they would have been otherwise, the fading boom could cause its own problems as businesses, homeowners and others find themselves mired once more in a slow-growth economy, and saddled with purchases and investments they made in headier times.

(This story focuses on the economy. The public health response was much less successful. More than 600,000 Americans died, more deaths than have been reported in any other country, and enough to produce one of the highest death rates in the world.)

Q: How much did we spend, really?

A: The $5.2 trillion total is the estimated impact on the federal deficit of about $5.9 trillion in relief authorized by Congress, as calculated by the Committee for a Responsible Federal Budget, a nonpartisan think tank.

Those figures don’t include about $0.7 trillion authorized by Biden and former President Donald Trump in the form of actions like disaster assistance and tax relief, moves which have limited impact on future deficits – about $0.1 trillion.

They also don’t include the $3.3 trillion and counting the Federal Reserve spent to stabilize the economy, largely through buying assets to inject cash into markets. Such purchases have almost doubled the size of the Fed’s immense balance sheet, but don’t add to the deficit.

That $5.2 trillion includes everything from about $835 billion for the Paycheck Protection Program and $811 billion for three sets of stimulus checks, all the way down to $58 million for the National Archives, according to CRFB’s excellent covid Money Tracker, which analyzes data from myriad federal sources to determine how much has already been spent, how much could possibly be spent, and how it will impact the federal deficit.

A: It’s hard to put $5.2 trillion in perspective. It’s about 25 times the expected net worth of Jeff Bezos at the current exchange rate. (Jeff Bezos, the founder of Amazon, also owns The Washington Post, among other things.)

During the pandemic, from February 2020 to May 2021, 7.6 million existing homes and condos were sold in the U.S. according to National Association of Realtors data. With $5.2 trillion, the U.S. government could have bought every single one of them. Twice. And the feds would still have had a bit left over to upgrade the furniture in the den.

With that much cash, the government could pay down every dollar of debt held by the bottom 50% of Americans, including mortgages, credit cards, and medical and student debt, which all totals up to about $5.1 trillion, according to the Federal Reserve.

Q: Was it enough?

A: “It’s clearly larger than was needed to restore the economy back to its previous trajectory,” said CRFB senior vice president Marc Goldwein, referring to the strong growth rates registered in 2018 and 2019, before the novel coronavirus outbreak.

By comparing estimates of where the economy would have been without Congressional intervention to estimates of where it would have been had the crisis not occurred, through 2023, it could be said the economy left a $4.5 trillion hole in GDP. In that case, $5.2 trillion from Congress, plus trillions more from the Federal Reserve, might look like overkill.

But it should be remembered that it took three major stimulus packages and a year of patches and revisions to reach the point where overkill was even a possibility. Programs such as the PPP and expanded unemployment benefits, which some may have thought looked generous in March 2020, would be overwhelmed by the devastation wrought by the virus and require multiple extensions or expansions.

Wendy Edelberg, director of the Hamilton Project at the nonpartisan Brookings Institution and former chief economist at the CBO, said overkill was in the eye of the beholder.

“If the goal was to get the economy back on its previous path? Yes. We have done more than we needed to do for that for sure,” Edelberg said. But doing more can have benefits. In particular, it could draw into the labor force people from disadvantaged groups who would otherwise have been left behind.

Of course, if the economy overheats, people could come to expect higher inflation. That could lead to accelerated price growth and reduce the value of Americans’ savings, punish lenders, and force the Federal to take aggressive action and slow the economy to prevent an inflationary spiral, as it did most dramatically under Paul Volcker in the late 1970s and early 1980s.

Q: Will the stimulus have a lasting effect?

A: Yes. U.S. economic output, also known as gross domestic product or GDP, will be higher in the coming years than it would have been if the American covid-19 response hadn’t been as aggressive.

But there’s a catch. Americans don’t typically look at the level of GDP. They look at the change; they compare things to the previous quarter, not the previous decade, or to a counterfactual scenario in which no stimulus packages were passed. And it’s likely that, because the boom of 2021 and 2022 helped GDP reach its potential more rapidly, the rate of growth in 2023 will be slower than it would have been without stimulus.

If the stimulus causes unexpected price growth, it could further eat into the gains we see in headline GDP growth, a figure which is adjusted for inflation to allow easier historical comparisons.

Perversely, a deeper crisis would have led to an appearance of even faster growth, because the smaller, battered economy would have spent more time far below its potential, where gains are easier. Thanks to the Federal stimulus, however, the economy will hit potential relatively soon.

People will satisfy their pent-up need for the experiences and services they missed during lockdown pretty quickly, Edelberg said. And not long after that, they’ll spend down the stimulus checks that were burning holes in their pockets.

Q: Will there be a soft landing?

A: Edelberg said slowing growth could be painful, even if it’s expected. “Our economy does not do a terribly good job of slowing without creating a lot of pain,” she said.

“People can make decisions based on the speed of growth,” Edelberg added. “People can say, hey, look how incredibly hot the labor market is right now. Wages are going up. Every quarter I seem to be doing better than the quarter before. You know what? This is the time to buy a bigger house.”

But when things slow because growth at that rate was never sustainable, you find yourself with a house that’s too big and a mortgage that’s even bigger.

Policymakers should be reminding people that today’s boom will be temporary, Edelberg said. No matter how rosy things look in the short term, nobody should make long-term investments on the assumption that wages will grow 4% a year or home values will grow 13% forever.

Without big changes, such as the passage of Biden’s ambitious infrastructure and families plans, the economy is set for a bit of a bumpy landing after the boom of 2021 and 2022, one that will likely come just as the 2024 presidential campaigns are shifting into gear. 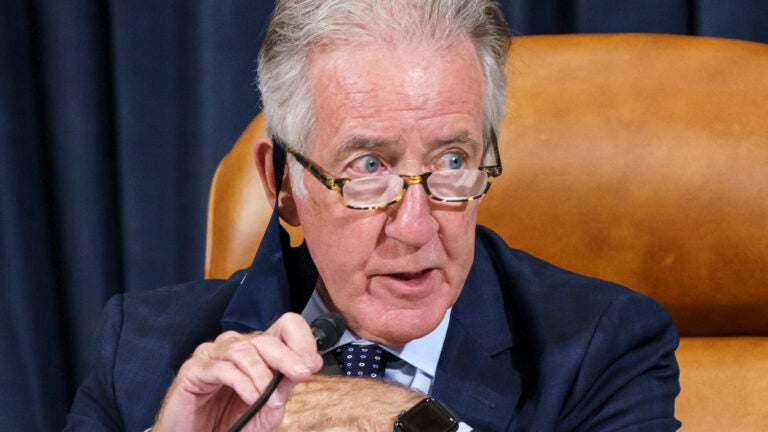