A timber rattlesnake was found outside a home on Grove Street, the department reported. Rather than assign a Quincy officer to corral the scofflaw serpent, police called in the specialists.

Last night, Timber rattlesnake was located outside of home on Grove St. We let expert from @MAEnviroPolice handle ? pic.twitter.com/txRhxfI2o1

Timber rattlesnakes are an endangered species in Massachusetts, meaning they are illegal to harass, kill, collect or possess.

“A robust, venomous snake, the timber rattler is equipped with a broad triangular head, vertical pupils and heat sensitive pits,” according to UMass Amherst’s “Snakes of Massachusetts” page. They can grow up to six feet long.

But don’t be alarmed — the snakes are not particularly aggressive and bites are rare.

Most rattlesnakes live their lives without ever encountering people. A plan to host about 150 timber rattlesnakes on an island in the middle of the Quabbin Reservoir gave some people the shivers when it was announced earlier this year. The so-called “Rattlesnake Island” remains on hold. 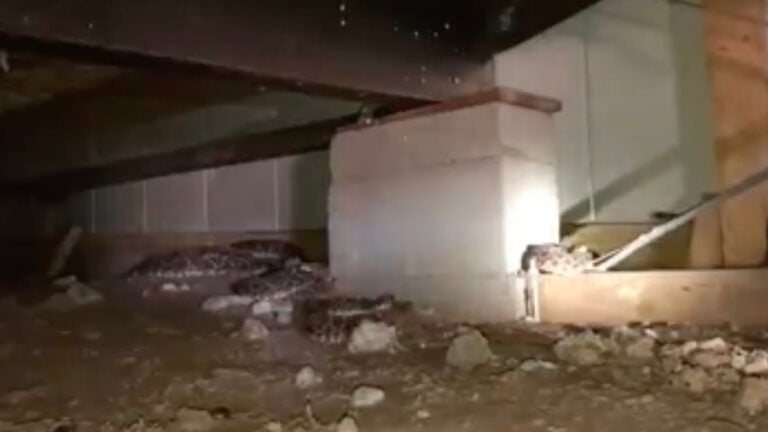