When couples get divorced, children are not the only ones who can get caught in custody disputes. Fights over other members of the family — beloved pets — can be equally acrimonious.

Courts have traditionally treated pets as personal property in such cases, but that is starting to shift as some state lawmakers and advocacy groups promote the notion that the legal system should act in the best interests of the animals.

Courts have awarded shared custody, visitation and even alimony payments to pet owners, and starting about 15 years ago, more states began allowing people to leave estates or trusts to care for their pets.

One case in San Diego that gained national headlines featured a pointer-greyhound mix named Gigi, who was the focus of a contentious divorce between Stanley and Linda Perkins.

At first, they were granted joint custody of Gigi, but neither human was satisfied with the arrangement, according to news accounts. A court fight followed that took two years and cost about $150,000 in legal fees. It involved a court-ordered “bonding study” conducted by an animal behaviorist and a videotape, “A Day in the Life of Gigi,” showing the dog spending time with Linda Perkins, who was ultimately awarded sole custody in 2000.

A survey in 2014 by the American Academy of Matrimonial Lawyers reported a 27 percent increase in pet-custody cases over the five previous years, with 20 percent of respondents citing an increase in cases where judges had deemed pets an asset in a divorce.

Animals caught in a tug of war were not limited to dogs and cats, the academy said. Exotic pets — including an iguana, an African grey parrot, a python and a giant 130-pound turtle — were involved in disputes.

Alaska became the first state to enact pet-custody legislation, which allows a court to consider the animal’s well-being. The measure, which defines animals as a “vertebrate living creature not a human being,” was signed into law last year and took effect in January.

If Charlene Lima, a member of the State House of Representatives in Rhode Island, gets her way, her state will follow Alaska’s example. Lima, who owns a 6-year-old husky named Keiko, introduced legislation similar to Alaska’s last month.

Lima’s bill says that a judge “shall consider the best interest of the animal” in a divorce or separation. Lima said she planned to introduce specific guidelines to be considered, such as which spouse most cared for the animal and took it to the vet, and whose lifestyle was best suited to pet ownership.

“A lot of time I think it’s used as retribution,” Lima said, referring to fights over pets. “People can get really vicious in divorces, and using emotional attachment to a pet is something they can use to gain leverage.”

Lima joked that after news reports about her proposal, “a lot of people called and wanted to know if my husband and I were having problems.”

David Favre, a law professor at Michigan State University and editor-in-chief of its Animal Legal and Historical Center, theorized that custody battles flare when there are fewer or no children in a family and pets have become the focus of a couple’s emotions.

Favre said the law in Alaska was intended to reduce conflicts in divorces, but a side effect has been that it has drawn greater attention to pet-custody questions.

Judges in divorce cases historically have gone through the same steps in determining pet ownership as they did with personal property. They figured out which property belonged to the couple (rather than just each spouse), how much each piece was worth and whether some agreement was in place about who got what, the center’s website noted.

Jeff Pierce, legislative counsel for the Animal Legal Defense Fund, noted that the American legal system has long held a split view of how animals should be treated. While pets are considered personal property, there are also laws that prohibit cruelty to animals.

“On one hand, we insist that cats, dogs, rabbits and horses are like sofas, cars and tables, but on the other hand, the law says you can do whatever you like to your sofa, car and table, but you can’t do that to your pets,” he said.

Judges have had the discretion to look out for a pet’s interest in custody cases, but Pierce said the chance that they might appear to be an activist judge may have given them pause, adding that the legislation gives them political cover.

“We totally welcome this development in the law, and we think it’s going to accelerate,” he said. 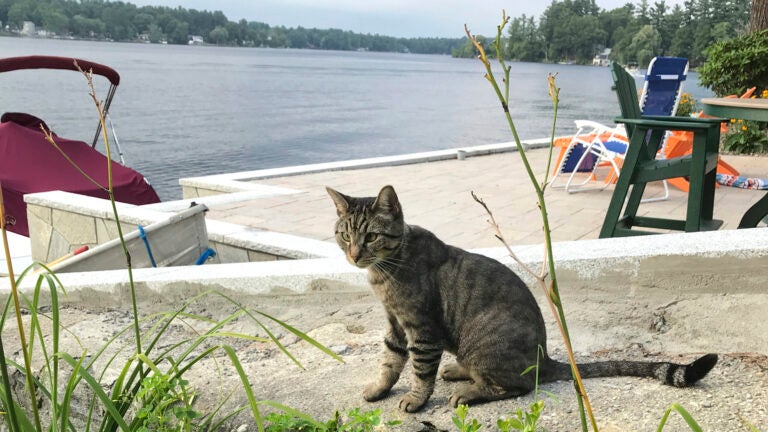