PORTLAND, Maine (AP) — Marine scientists are alarmed by the deaths of six endangered North Atlantic right whales in Canadian waters during the past three weeks and say humans must help protect them.

North Atlantic right whales are among the most endangered large mammals on Earth, with only about 500 still alive. Mark Baumgartner, an associate scientist with the Woods Hole Oceanographic Institute on Cape Cod, said Friday the deaths are a “mortality disaster.”

The loss of so many right whales so quickly was probably last seen when whaling decimated their population in the 19th century, Baumgartner said. He said the deaths should be a call for humans to do more to protect the animals when possible.

“With such a small and declining population, right whales have little capacity to deal with both natural and human-caused mortality simultaneously,” he said. The six carcasses were first sighted north of Prince Edward Island and southeast of Quebec’s Gaspe Peninsula. One was entangled in snow crab fishing gear, and the causes of the other five deaths are unknown, scientists said.

Canada’s Department of Fisheries and Oceans has said it is working to retrieve carcasses to find out more about what contributed to the die off. Right whales are susceptible to risks such as entanglement in fishing gear and ship strikes. They’re also affected by disease and changes in food availability in the ocean.

Scientists with Woods Hole and the Anderson Cabot Center for Ocean Life at the New England Aquarium in Boston stressed that such a high number of deaths in such a short time period can jeopardize the population of an animal that is so rare.

“For a small population like right whales, the difference between population growth and a path toward extinction can be the matter of a handful of animals,” said Scott Kraus, vice president and senior science adviser at the Anderson Cabot Center. 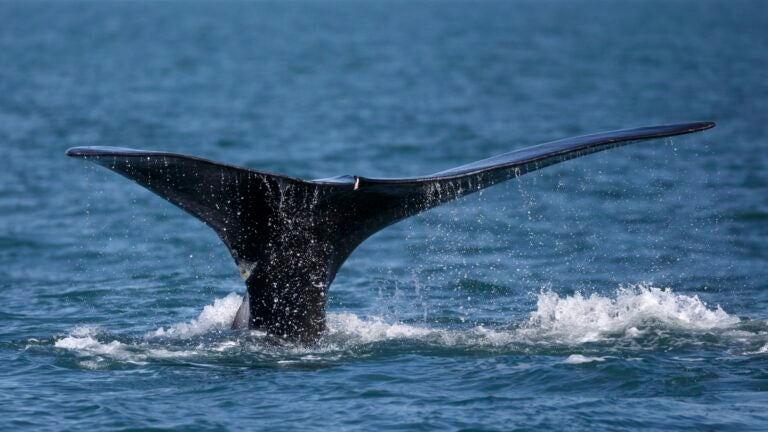