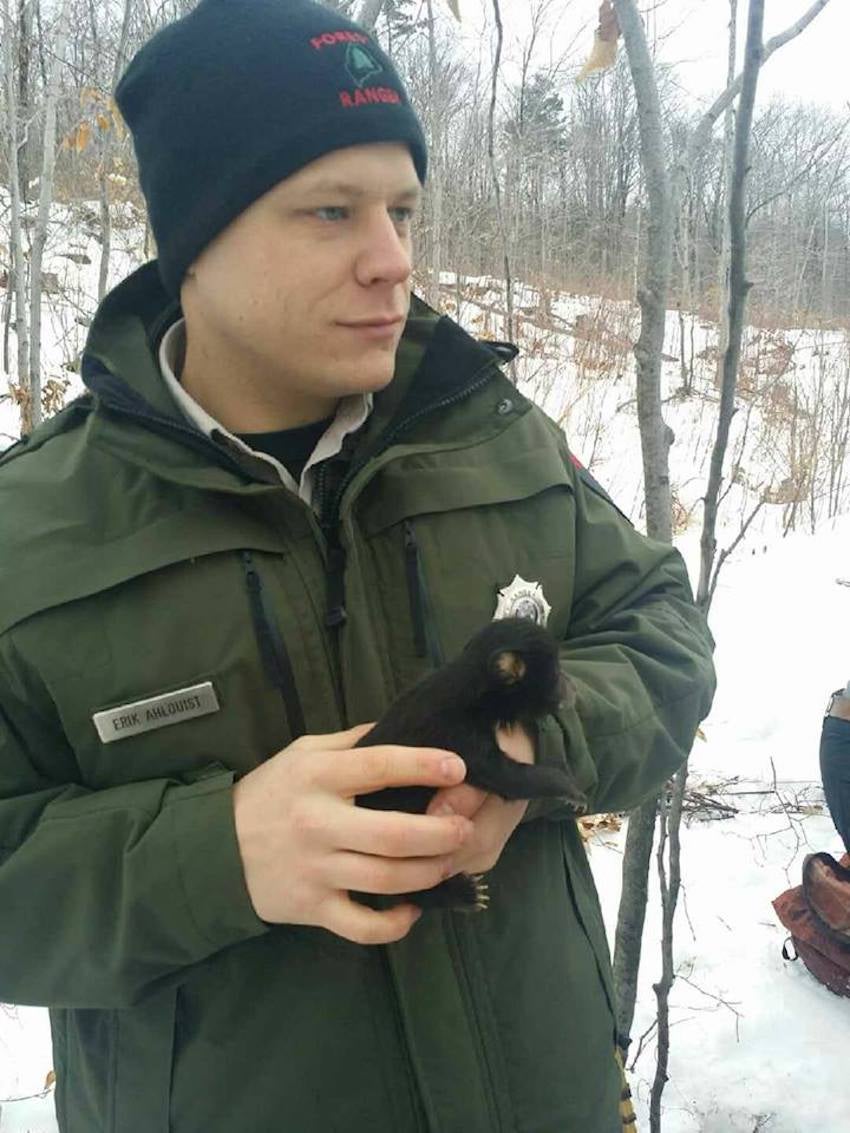 During a timber inspection last fall, Maine Forest Service Ranger Erik Ahlquist discovered a black bear den in Carthage. Last week, he went back to the site with biologists from the Department of Inland Fisheries and Wildlife and found a young cub.

The Maine Forest Service posted photos of Ahlquist holding the tiny cub and posing with the mother on its Facebook page Saturday.

While on a timber inspection in Carthage last Fall, Ranger Erik Ahlquist located what appeared to be a black bear den….

The service shared a couple more pictures of the baby bear in the post’s comments. 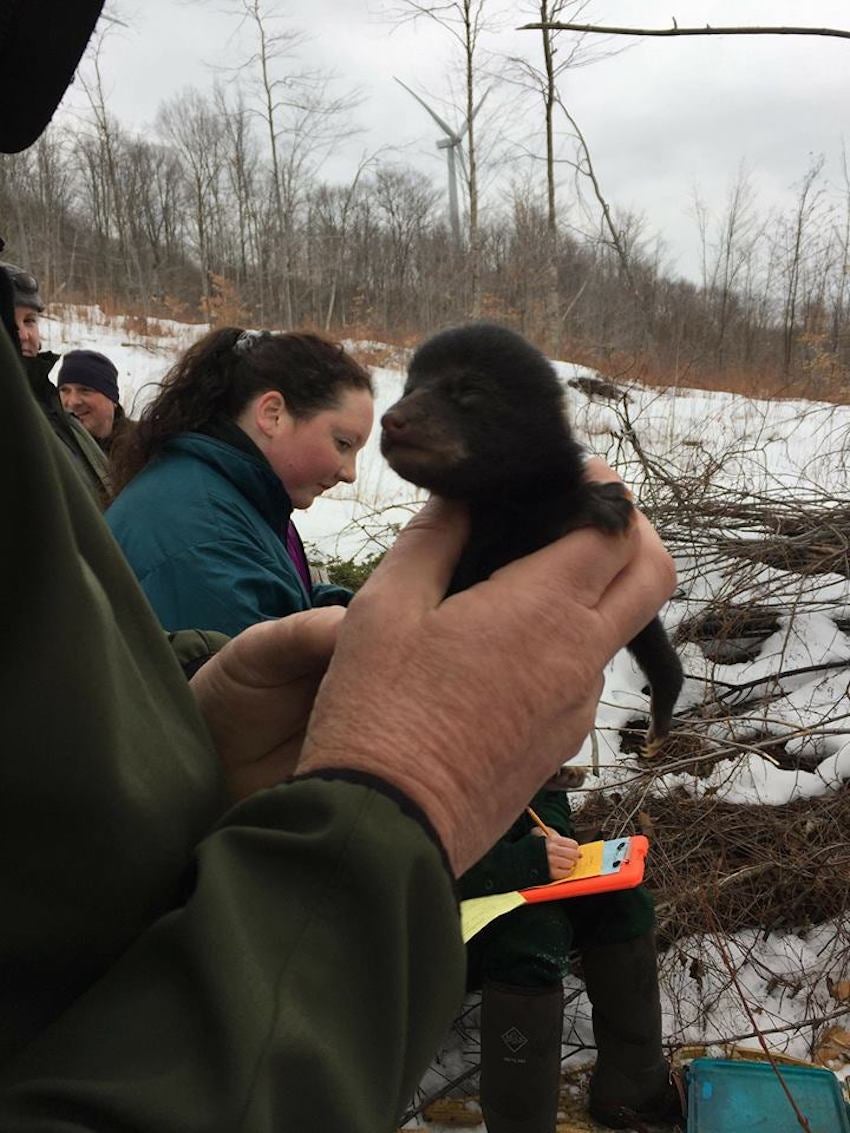 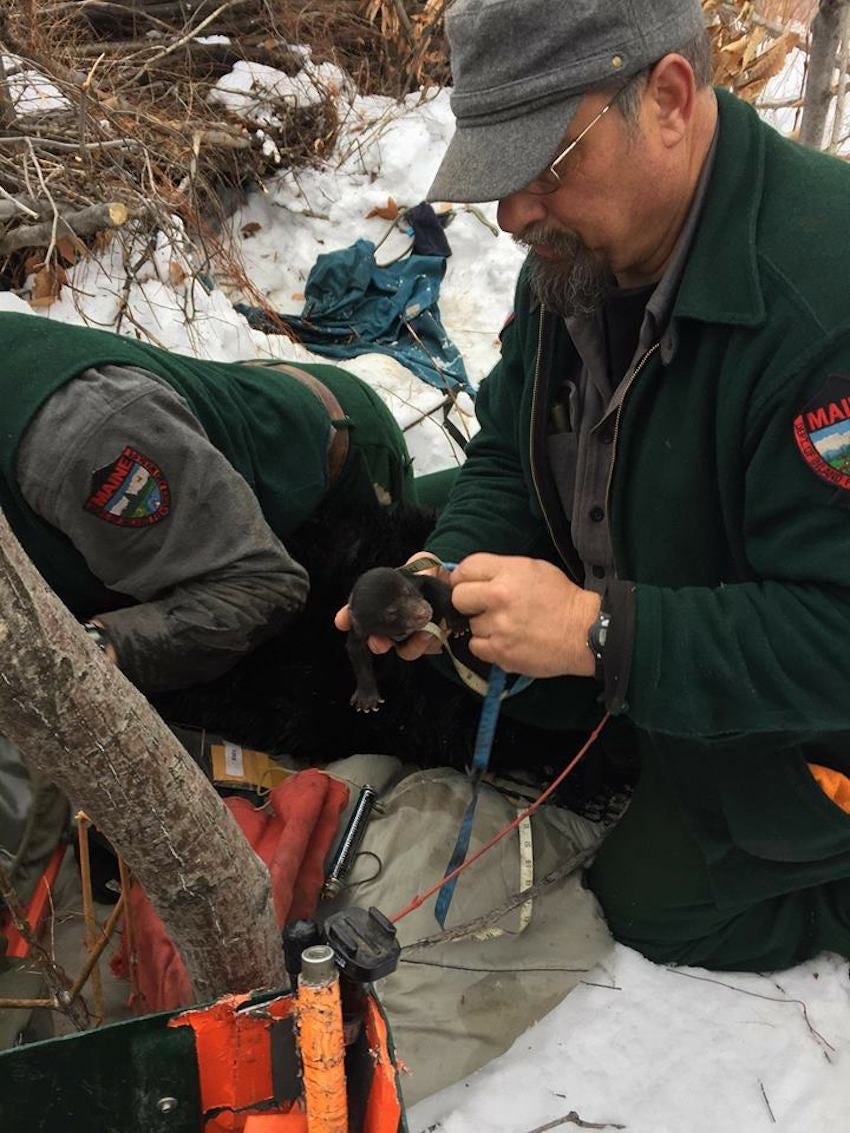 In a comment on the post, the service wrote that the biologists worked to improve the bedding in the den, and that they rubbed a scent on the cub so it doesn’t smell like a human. They also weighed and measured both bears.

According to the department’s website, black bears are commonly found in northern and eastern Maine. In January or February, female bears give birth to a small litter of cubs in their winter dens. Each of the cubs weighs about 12 ounces at birth and stick with their mother for around a year and a half. The department closely monitors and manages Maine’s black bear population. 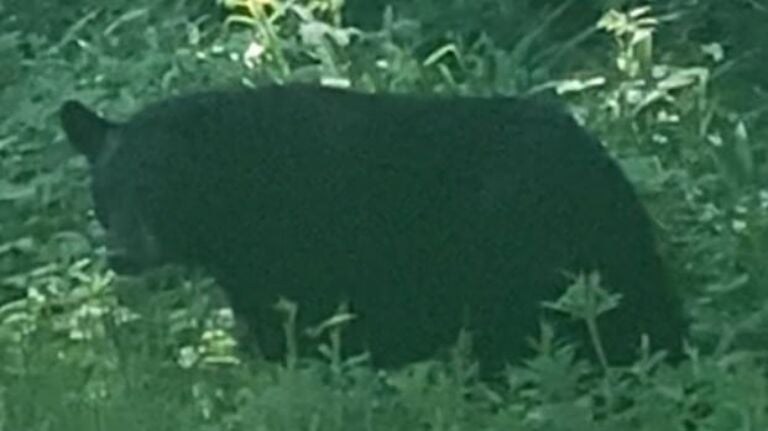