During a recent family visit to Cape Cod, Chris Palermo, a photographer and videographer, captured drone footage of a great white shark devouring a seal just about 500 feet off Nauset Beach in Orleans.

“My hands were definitely shaking. I couldn’t believe I was filming what I was at the time,” the 27-year-old told The Boston Globe. “The whole time I was thinking, ‘Don’t mess this up, don’t mess this up.’”

Palermo, of New York, told the newspaper he spotted the pre-July Fourth feast from shore before deploying his drone. He shared the clip on Instagram Friday, and it was picked up by the Atlantic White Shark Conservancy, which confirmed the predator was a white shark.

Watch Palermo’s footage below and check out his full story over at the Globe. 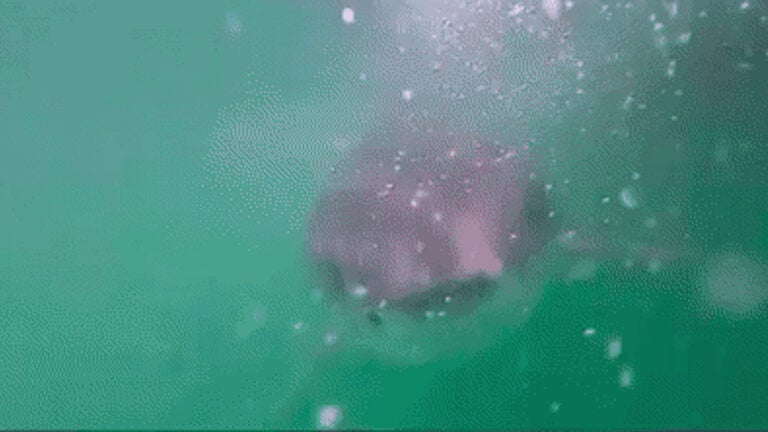 Watch: A great white shark swims behind a research boat off Cape Cod