Three Doberman puppies are up for adoption at the Animal Rescue League of Boston.

The 13-week-old pups are named Remy, Augie, and Pretzel.

Cuteness overload. ? Yes, we have 3 #Doberman puppies (Remy, Augie, & Pretzel) available for adoption today in #Boston. Come meet these playful and adorable cuties when we open at 1PM ? pic.twitter.com/fz4tOEWNb4

The dogs are siblings who were surrendered by their owner, ARL spokesman Mike DeFina said. They were in foster care for a little while and have all been spayed or neutered, vaccinated, and microchipped.

DeFina said while it isn’t necessarily rare for the shelter to have puppies, they don’t see Doberman puppies often. He recommended hurrying to the shelter if you’re interested in any of these three.

“I’d be surprised if they were still here tomorrow,” he said Friday.

DeFina emphasized that people need to understand adopting a puppy is a big responsibility and shouldn’t be an impulse decision.

“Don’t get overtaken by the cuteness factor,” he said. “They’re really a lot of work.”

The adoption fee for a puppy at ARL is $500. DeFina said the shelter doesn’t have any application forms, they opt for conversational interviews instead. Anyone looking to adopt can expect to be asked what kind of living situation they’re in and what they want to get out of owning a pet.

The organization’s Boston shelter is located at 10 Chandler St. 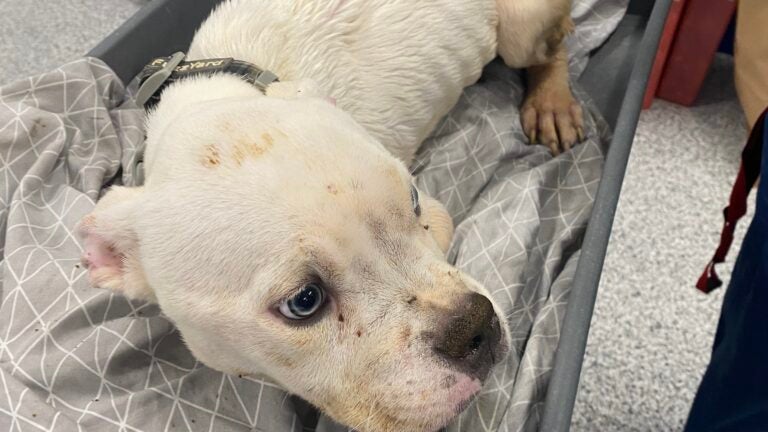