After facing neglect and abuse in her past, one dog’s dreams came true on Wednesday when she was sworn in as an honorary Malden Police K-9, according to a Facebook post.

Trudy, the 15-year-old dog going on 16, is officially reporting for duty.

A year ago, she had been left to fend for herself.

“Her owner passed suddenly and there was nobody to take care of her and nobody wanted her,” Malden Animal Control Officer Kevin Alkins said.

Ever since, she’s been calling Oceanview Kennels home.

Alkins said that while Trudy suffers from illnesses, she’s still full of life.

Keeping the K-9 ceremony official, Chief Kevin Molis cracked open a folder to present the lab mix with her very own certificate, which she glanced up at him gratefully for.

The paper read, “Trudy is hereby officially recognized as a Malden Police K-9 for the day on Feb. 12, 2020,” per order of Chief Molis.

Many people commented on the sweet gesture on Facebook.

“Big applause for whomever decided this fate for Trudy,” one person responded, while another said, “Officer Trudy is on the case.”

She wore a Malden police uniform shirt as she accepted her new title, and welcomed petting along with a few presents from Molis.

“She was getting treats and the chief presented her with a couple little gifts,” Alkins said, describing a new dog toy and a can of dog food.

“So if she gets hungry on duty,” he said, at least “she has something to eat.” 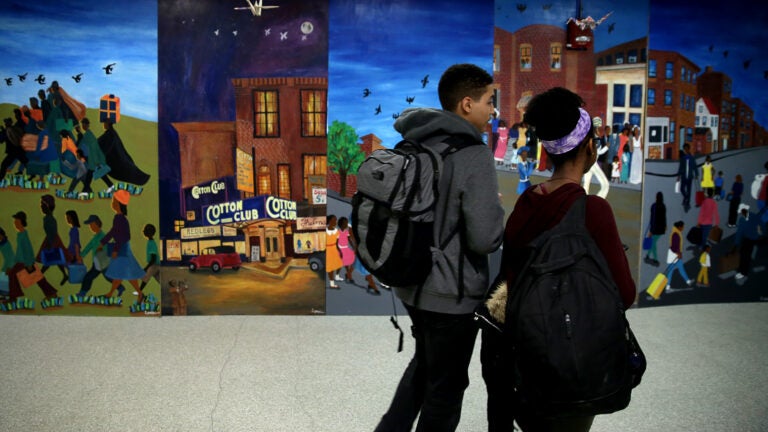 The top public elementary and middle schools in Mass., according to U.S. News & World Report