An animal sanctuary in Norton is searching for their goat named Blossom, and owners are offering a $1,000 reward to help bring her home.

A non-profit organization devoted to the rescue and rehabilitation of mistreated or abandoned animals, the Winslow Farm Animal Sanctuary said over Facebook that Blossom was last seen around 1 p.m. Saturday at 37 Eddy St. during her normal routine in the main horse corral.

Her owners released a photo of the small black goat dressed up in a pink jacket, but noted she was not wearing it at the time of her disappearance.

“We are offering a $1000 dollar reward for information regarding the whereabouts or for the safe return of our goat Blossom,” Winslow Farm wrote in their post. “No questions asked.”

President and founder of the non-profit, Debra White, told The Sun Chronicle that the 4-year-old goat had recently been fed by staff while the farm was open to the public, just two hours before she went missing

“I suspect somebody put her in a baby carriage under a blanket and stole her,” White told the newspaper, noting how friendly and small the goat is. White said she believes Blossom may have been stolen to be slaughtered for her meat.

Hoping to track the farm’s beloved animal down, she told the paper she’s called two nearby slaughterhouses about the disappearance.

Winslow Farm is urging anyone with information on Blossom’s whereabouts to contact them over Facebook, or their main number at 508-285-645.

Did any visitors to the farm today see this small black goat or notice anything outside of the ordinary like a goat outside of a corral? Please message us on Facebook immediately if you have any information. 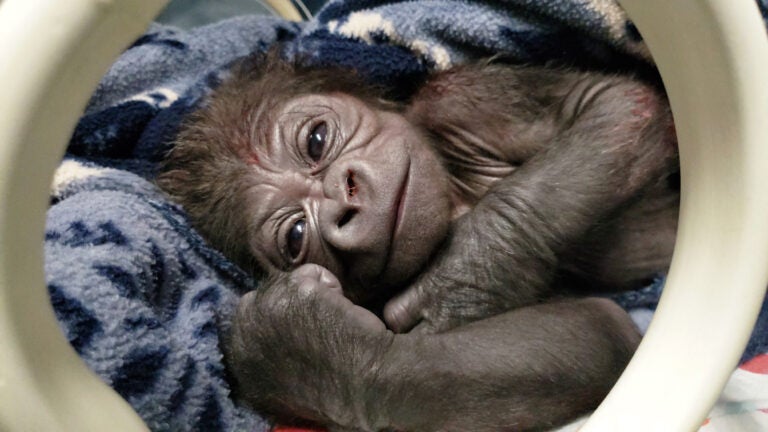