She ended up rescuing a swan with lead poisoning, taking it to a wildlife clinic by foot, car and subway with the help of both friends and strangers.

Cordova-Rojas is trained in identifying and rescuing wildlife, the New York Times reported, having worked at the Wild Bird Fund clinic in Manhattan for five years.

She got to the Queens wildlife refuge on Nov. 5 and spotted a swan alone in the grass on the side of the water.

She approached it and saw it was unable to walk or fly. She wrapped the 17-pound bird, which she says is named Bae, in her jacket and carried it a mile to the refuge entrance, the newspaper reported.

Calls to various animal rescue services and the ranger stations yielded no immediate assistance. Then a couple with a car agreed to drive the swan and Cordova-Rojas to a nearby subway station. (The couple persuaded yet another friend with a car to help get Cardova-Rojas, her bike and the swan to a subway station.) An employee of Wild Bird Fund met them at the Nostrand station in Brooklyn and helped them get to the organization’s clinic on the Upper West Side. Photos show the swan nestled in an orange jacket on a seat in a train car. 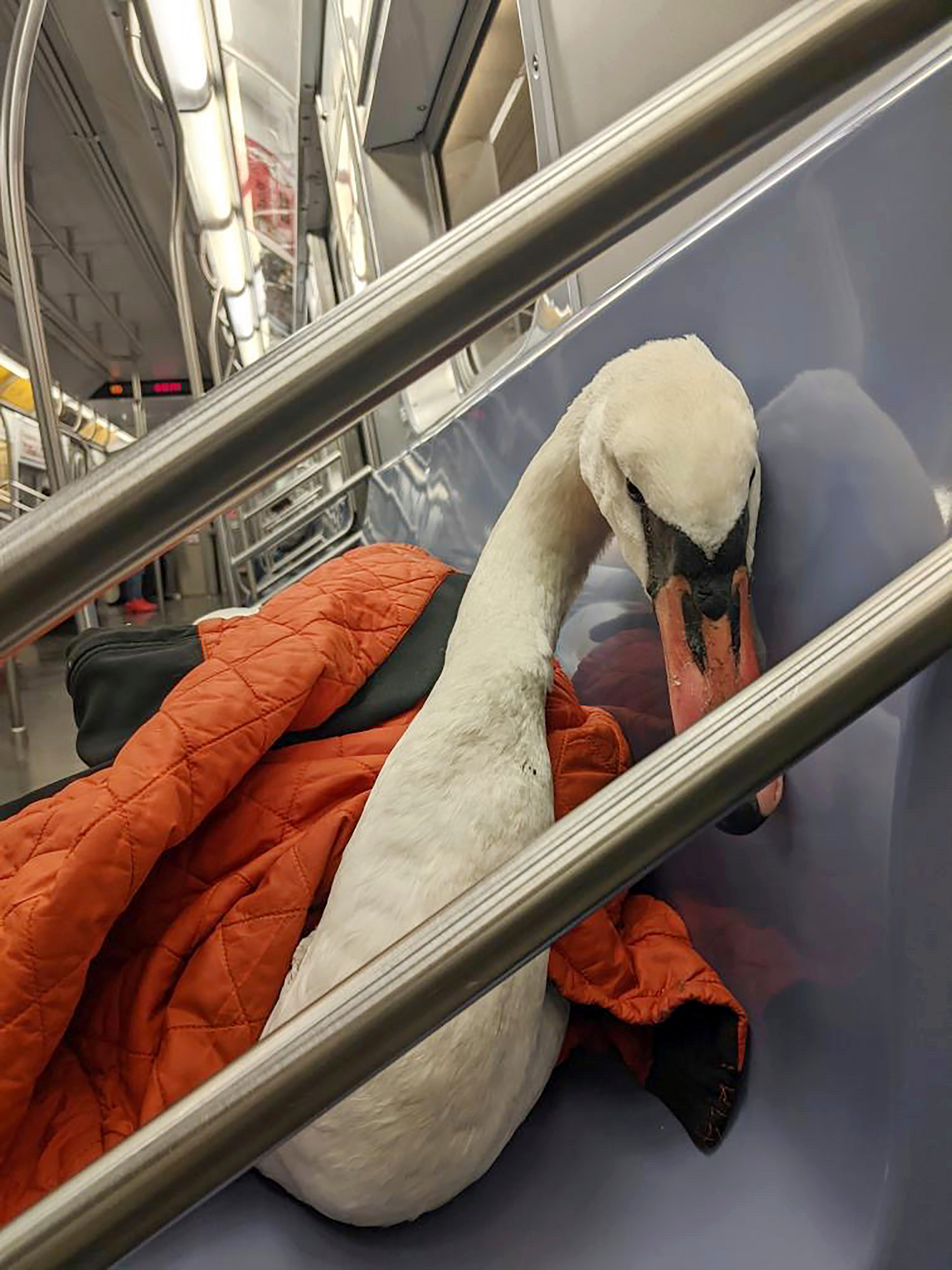 Cordova-Rojas told the Associated Press the swan was being treated for lead poisoning and with antifungals and antibacterial medications. She has made a friend of another swan at the clinic and is gaining strength and mobility.

It could take three weeks or up to two months before Bae returns to the refuge, Cordova-Rojas said.

The tale of the swan’s rescue saga inspired an outpouring of affection.

“I think it just shows the immense compassion of New Yorkers. People always think that we are rude and heartless, but we are just busy and have places to go, so we move fast,” Cordova-Rojas said. “Even though we live in a concrete jungle, we are surrounded by nature and wildlife if you just take a second to look around. The wildlife are just as much New Yorkers as we are, and it is our duty to keep each other safe.” 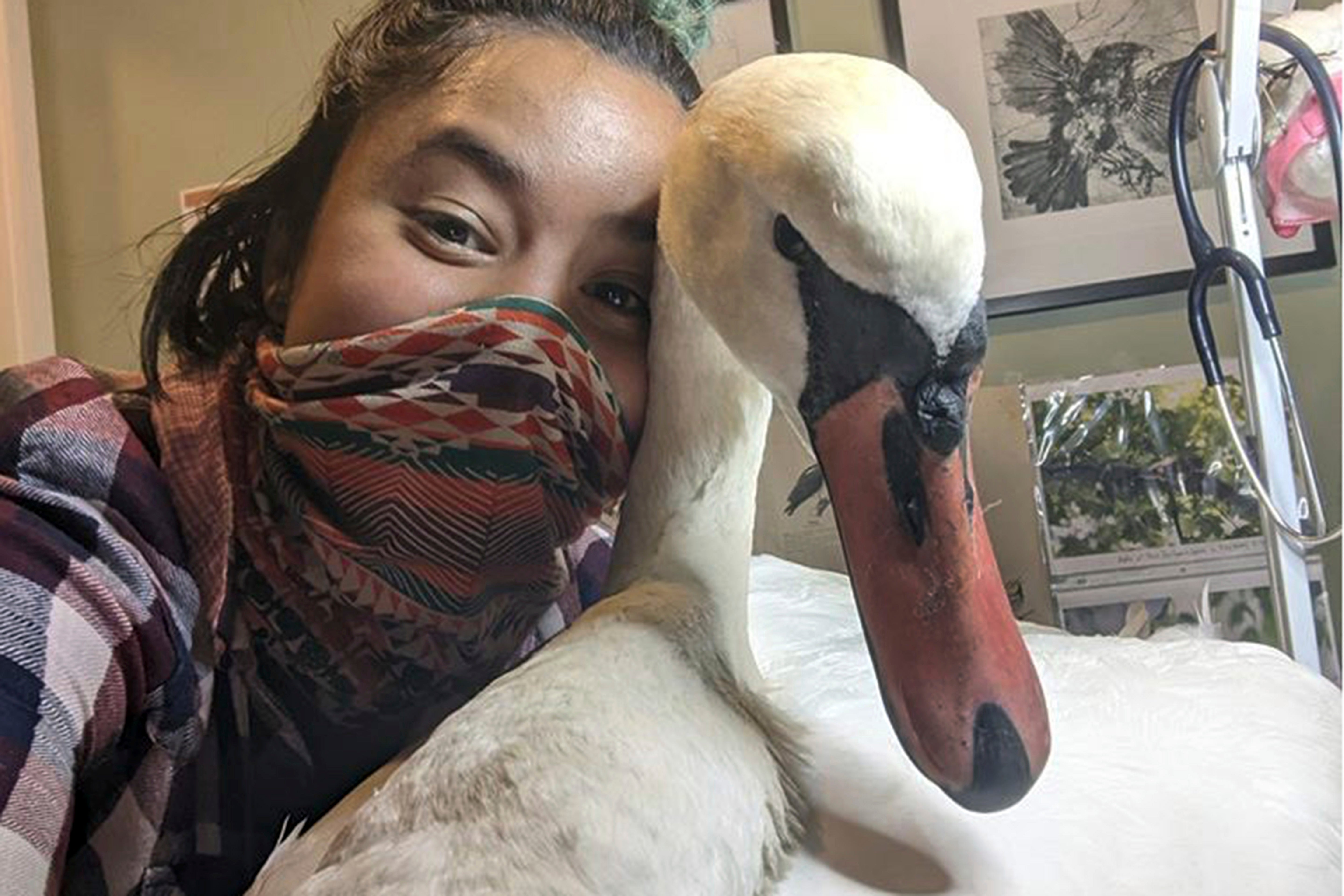 Cordova-Rojas and Bae at the Wild Bird Fund Clinic in New York on Wednesday.

The mute swan, which has an orange bill and holds its neck in a graceful S-curve, isn’t native to North America. It has multiplied in New York, the upper Midwest and along the Atlantic coast since it was imported in the 1800s to adorn parks and opulent estates. Citing threats to native wildlife, plants and unwary humans, six states now have swan-removal policies that range from egg-shaking to shooting or gassing adult birds.

New York had its own anti-swan proposals that brought a deluge of protest, but Democratic Gov. Andrew Cuomo eventually signed a bill in 2016. It allowed for the killing of swans upstate if the birds can’t be captured and relocated to facilities. Downstate, it emphasized population control by damaging eggs. 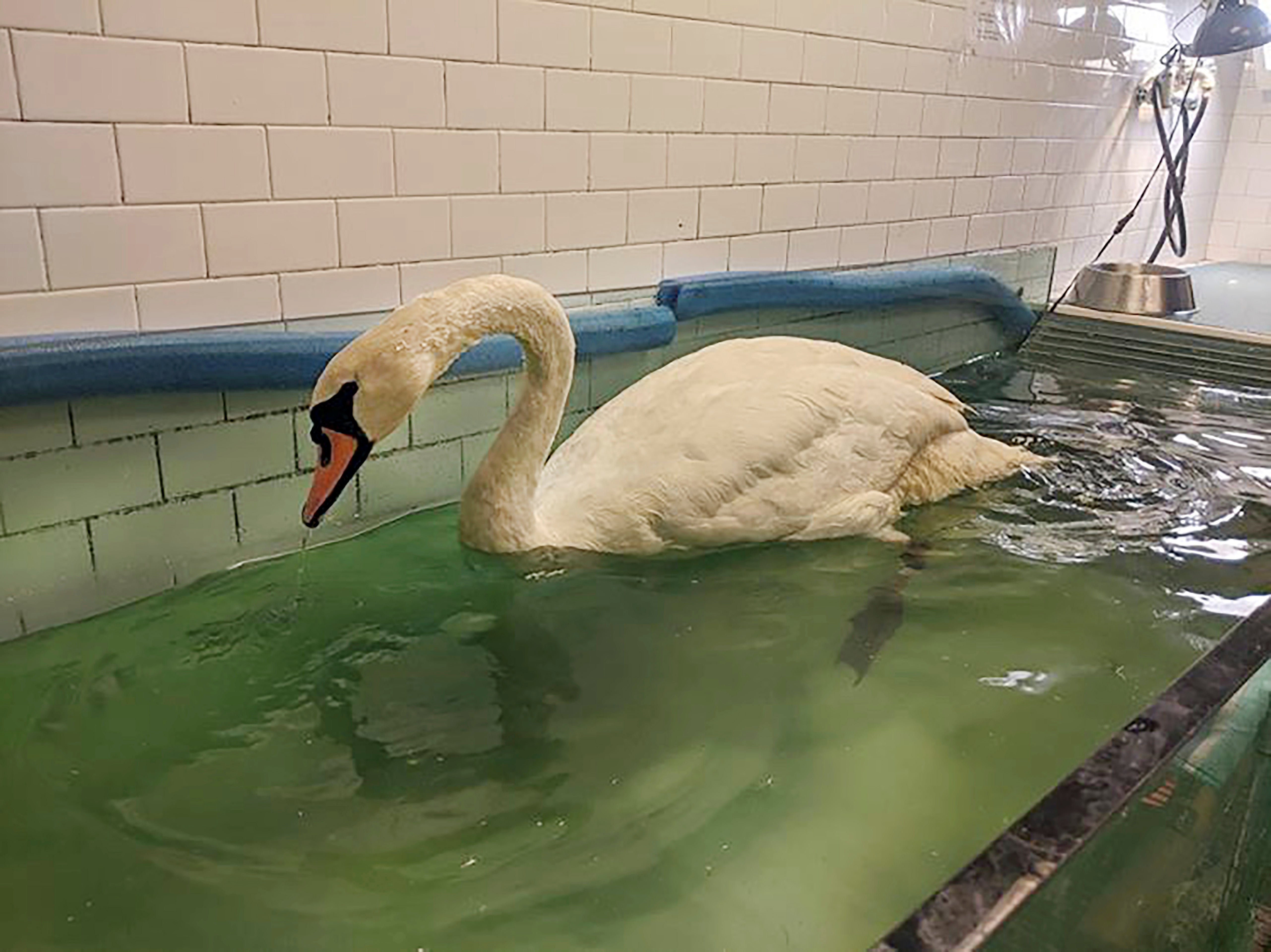 Bae recuperating at the Wild Bird Fund Clinic on Wednesday.