The sea turtle rescue season on Cape Cod set records in 2020, according to the New England Aquarium.

Over 900 turtles were stranded on the Cape since early November, and a record-breaking 720 were brought in for veterinary care at the aquarium’s animal care center in Quincy and the National Marine Life Center in Buzzards Bay. The aquarium says it’s the second busiest cold-stun season in 30 years.

“We knew this season would present a major challenge with the pandemic requiring additional safety protocols,” said Connie Merigo, marine animal rescue department manager at the New England Aquarium. “Combine that with historic stranding numbers, and the rescue and rehab operation has been nothing short of extraordinary.”

As our rescued #SeaTurtles heal in our Sea Turtle Hospital, we try to keep things interesting by exposing them to different types of enrichment!

In our #BluePlanetScience video on YouTube, IGTV and FB today, learn more about #TurtleEnrichment! pic.twitter.com/msB1nEnmWH

When temperatures drop in the fall, sea turtles by New England can get cold-stunned — they become hypothermic, stop swimming, and eventually wash up onto the shore. Most of the turtles rescued in the fall are young Kemp’s ridleys, which is the most critically endangered species of sea turtle.

Volunteers and staff at Mass Audubon check beaches after high tide to rescue stranded turtles from the beach and bring them to the animal care centers, where workers check for fractured bones and signs of pneumonia. The turtles receive antibiotics and replacement fluids and are then slowly warmed up to normal temperatures in water. 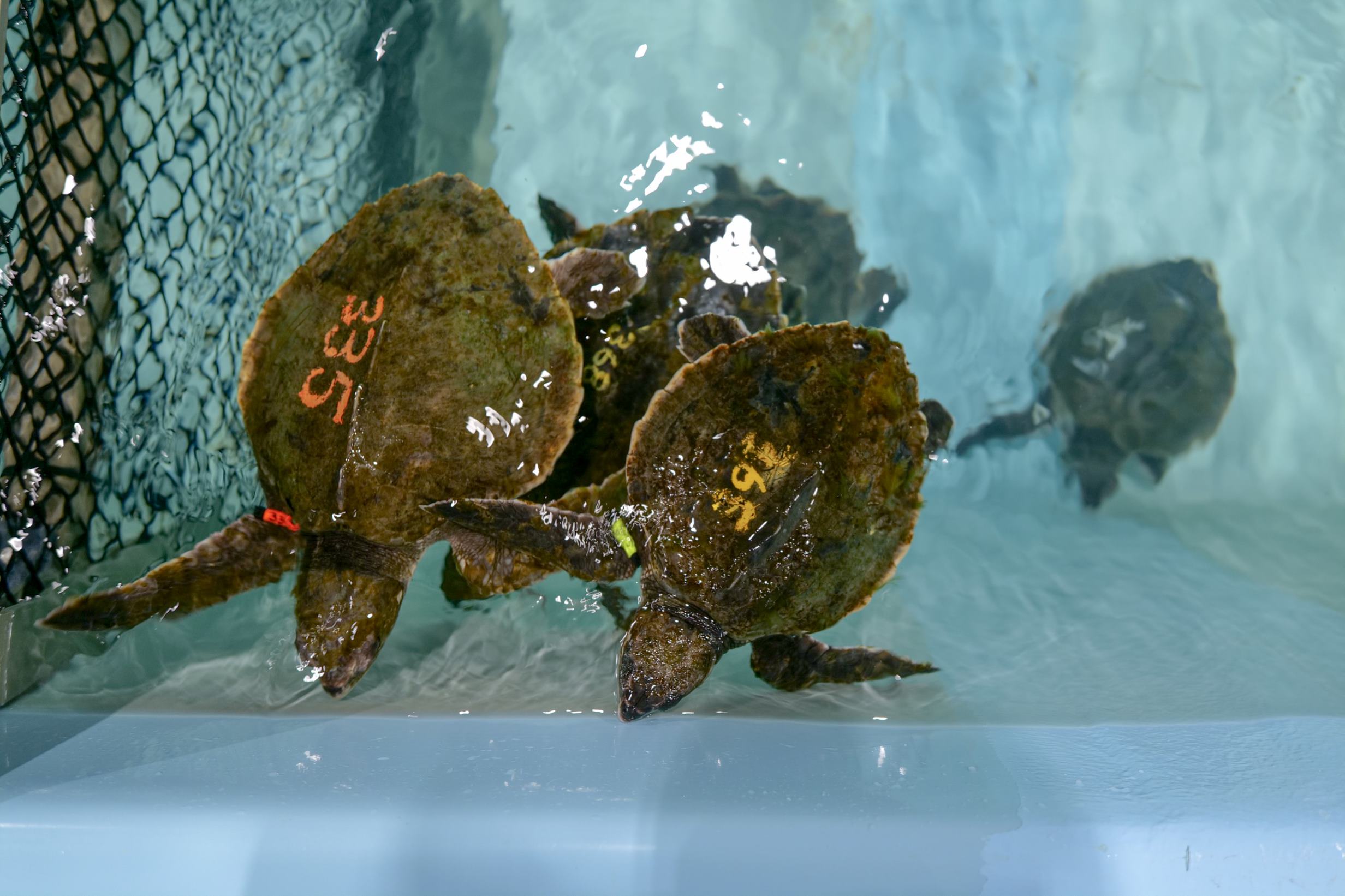 Bob Prescott, who heads the sea turtle rescue at Mass Audubon, said it’s not clear why it’s a big stranding year, but that wind and water temperatures are likely key factors.

“The Gulf of Maine is warming much faster than the global average, which has allowed turtles to come into the Gulf and Cape Cod Bay, specifically,” he said.

The particular geography of Cape Cod doesn’t seem to help either. Strong winds in the fall may push turtles into the corner of Cape Cod Bay, preventing them from rounding the tip of the Cape before they get cold-stunned.

“Most of our turtles have come ashore in the northeast corner of the bay from Provincetown to Wellfleet,” Prescott said. 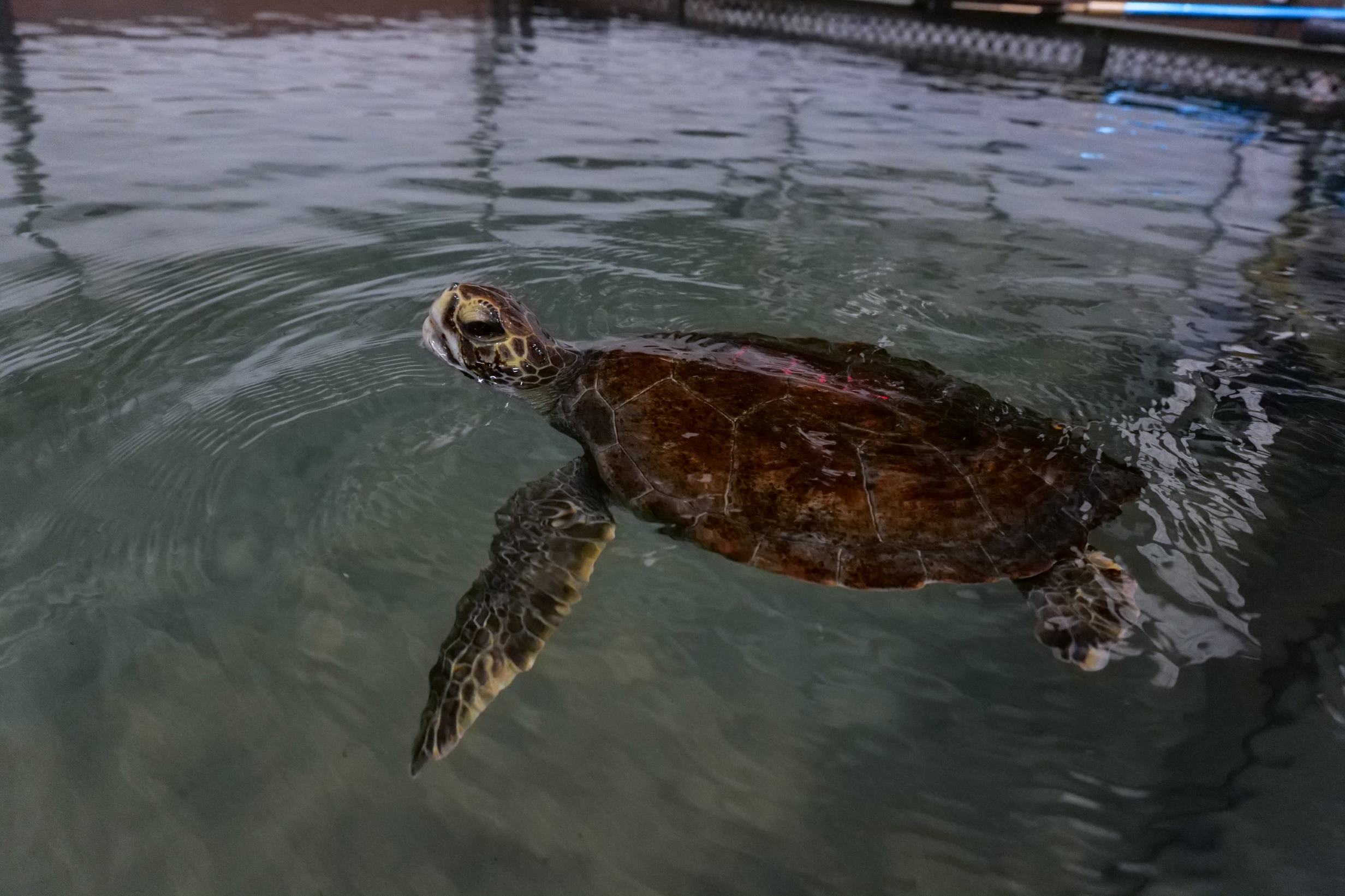 A rescued turtle from Cape Cod. 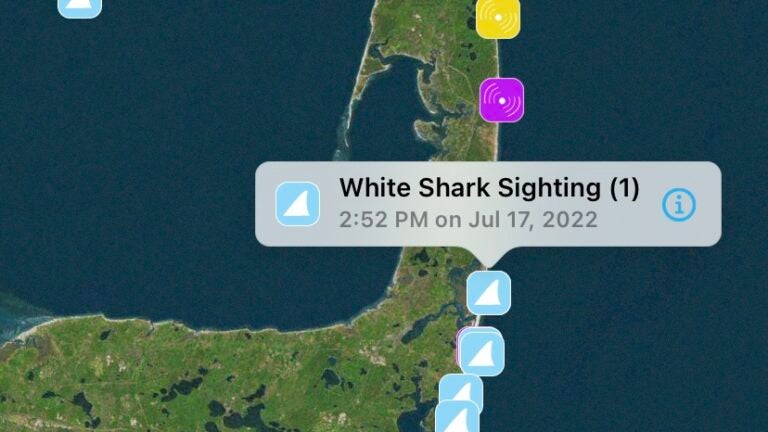