While parts of the country deal with swarms of cicadas this summer, Maine is struggling with an infestation of an invasive species of caterpillar with poisonous hairs that can cause people to develop painful rashes and even breathing problems.

The caterpillars, known as browntail moths, are about 1.5 inches long and have white dashes down their sides and two red dots on their backs.

Browntail moths are most common along Maine’s coast and on Cape Cod, but they have been spotted this year in all of Maine’s 16 counties, said Jim Britt, a spokesman for the Maine Department of Agriculture, Conservation and Forestry.

“People are finding them everyplace: on the ground, on the picnic table, on the electrical box, on the corner — you name it,” Britt said. “They are heavily present. Folks will see them all over.”

“We are in the midst of an outbreak,” he said.

The caterpillars have tiny poisonous hairs that can remain toxic for as long as three years, the Maine Department of Health and Human Services warned.

After people come in contact with the caterpillar’s hairs, they can develop a red and bumpy rash similar to a reaction to poison ivy that can linger for a few hours to several weeks, the department said. If the hairs are inhaled, some people can develop breathing issues.

Other people like Britt, who said he recently came across the caterpillars in a park, develop no symptoms.

“They were everywhere, and I had absolutely no reaction to them,” he said.

There’s no specific treatment for the rash, other than remedies like calamine lotion, the department said.

In Waterville, Maine, a city about 20 miles north of Augusta, the caterpillar infestation has gotten so out of control that the mayor called an emergency meeting of the City Council to declare a public health emergency and order insecticide.

“After a pandemic year, while we are finally able to start getting out and socializing, this is the last thing we want to be dealing with,” the mayor, Jay Coelho, said at the meeting, adding that he had received several emails from Waterville residents with pictures of painful rashes.

The caterpillars spend the winter in oak trees and other hardwood trees, and emerge in the spring, Britt said.

Browntail moths are not new to Maine, which has had them for a century. The caterpillars originally came from Massachusetts, but ended up in Maine “because they’re expert hitchhikers,” Britt said.

While it is unclear what exactly caused this recent infestation, Britt said dry conditions are “absolutely ideal” for browntail moths to expand their reach.

During the Waterville emergency meeting, a City Council member, Thomas Klepach, expressed concern that climate change could worsen infestations in years to come.

“It is wise for the city to get the outbreak under control as much as we can now,” Klepach said, “and to recognize that this may be an ongoing problem.”

Maine’s Department of Health and Human Services recommends showering and changing clothes after being in areas with browntail moths, wearing a mask and goggles when doing outdoor activities, such as raking leaves, and doing yardwork on wet days. 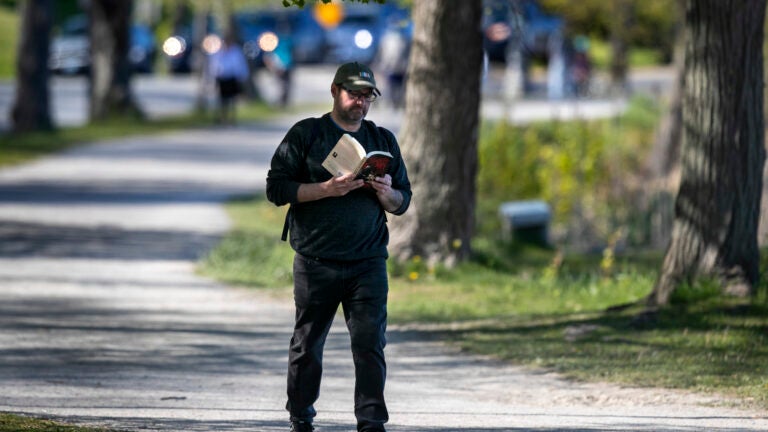 Book Club: 'There’s something about this area that inspires storytelling'