There’s a fishy situation along the Somerville and Everett banks of the Mystic River.

Thousands of dead fish have washed up on the shore of the Mystic River in Everett and Somerville in an event known as a “fish kill” which, while unpleasant, is a natural phenomenon.

Patrick Herron, executive director of the Mystic River Watershed Association, told The Boston Globe the fish are menhaden, or “pogies,” a fish that travels in large schools and was likely driven into the river by a predator, such as striped bass. He witnessed a dense school of them near the Amelia Earhart Dam last Wednesday.

“We saw this monster school of menhaden that went for hundreds of yards, from shore to shore,” Herron said. “You could look down and just see this incredible density of fish. And of course, I turned to my compatriots on the boats and said ‘Oh man, I think this will be a fish kill.’”

Fish kills can happen when too many fish occupy a small area of water. In July 2018, around 50,000 fish died in the Mystic River for the same reason.

“When large schools of fish enter warm-water estuaries and rivers in large numbers during the summer months, they can deplete the water’s dissolved oxygen, making survival impossible,” the Division of Marine Fisheries wrote in a 2018 memo. “Oxygen must pass across and through fish gills, and when used up by tightly packed fish in shallow waters of narrow embayments, the inevitable occurs.”

Herron told the Globe the fish probably stuck around too long in the river’s shallow and warm waters.

“They came in in such a large school and stayed in this delimited area for so long, that they ultimately used up the oxygen in the water, grew sick, and died off,” said Herron.

The hordes of dead fish have attracted flies and produce quite a strong smell, but Herron said it won’t be long until they wash away. However, WCVB reported that Encore Casino had hired a crew to clean up the fish.

Though it might seem alarming, it does show that menhaden are returning to the Mystic River.

“For many years Menhaden were absent from these waters due to pollution,” Mayor Carlo DeMaria said in a statement to the Globe. “Today there are literally hundreds of thousands of these fish present.”

Though there’s not much we can do, Rob Moir with the Ocean River Institute told WCVB that sewage and fertilizer runoff can feed algae blooms which suck oxygen from water.

“People needn’t spend money on their lawn to spread fertilizer, once it’s established. And they can help save fish by saving money,” he said. 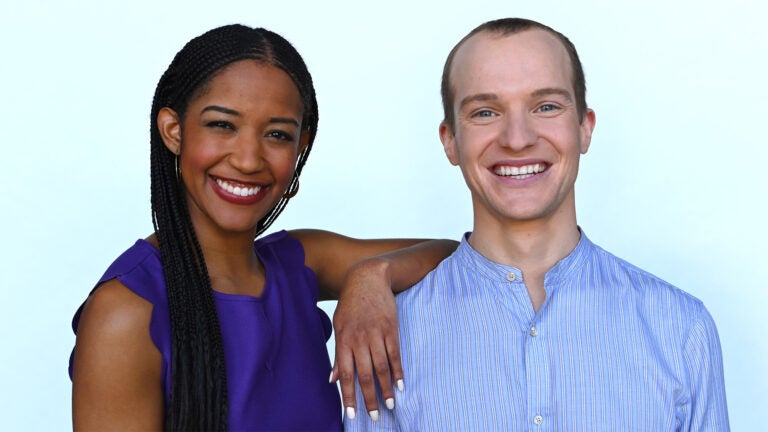 Paris Alston and Jeremy Siegel are hosting a new kind of ‘Morning Edition’ at GBH. Here’s what they want you to know.