Reading police have issued a warning to local residents after a family’s two dogs died from ingesting what veterinarians said was likely rat poison.

The dogs escaped a Reading home on New Year’s Eve and wandered for just 25 minutes before they were brought back in, according to Boston 25 News. But by the time the 6-year-old Labrador retriever Bucky and 7-month-old Lab Shep returned home, it was too late.

“Mere minutes later, it was pandemonium in the kitchen, and the puppy was having this horrible seizure,” Greg Sutcliffe, the local resident who owned Bucky, told the news station — Shep was his mother-in-law’s puppy.

Sutcliffe said he rushed Shep to a veterinary hospital in Woburn, where vets informed him the puppy wasn’t going to make it. Sutcliffe’s own dog soon began experiencing similar symptoms at the home. He was also rushed to the hospital but, like Shep, had to be euthanized, Boston 25 reports.

“It’s ingrained in my mind. I would never want to see any animal put through that, no matter what,” Sutcliffe, whose two young children witnessed the emergency, told the news station. “It was horrific. The symptoms that they showed and how they died, it’s indescribable.”

Sutcliffe said he believes the dogs encountered the poisonous substance on a nearby vacant property that is under construction.

Reading police urged local residents to keep watch over their pets and what they’re consuming outdoors.

“While this is being looked into, please keep your pets under close control and monitor what they are getting into,” police wrote in a Facebook post Sunday. 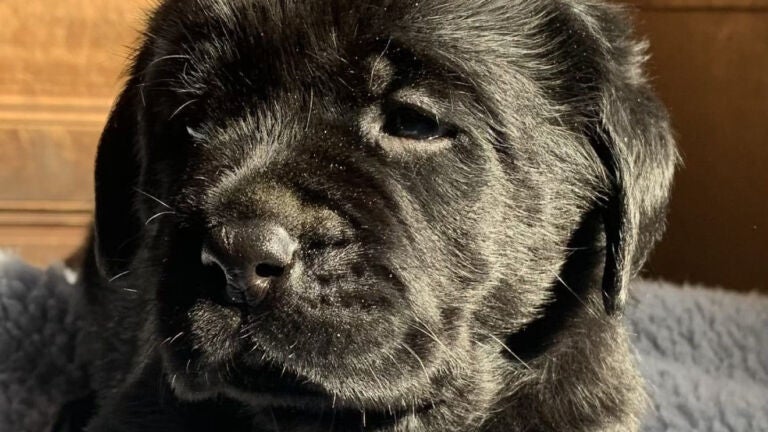 Reading police are getting 2 comfort dogs to use in schools