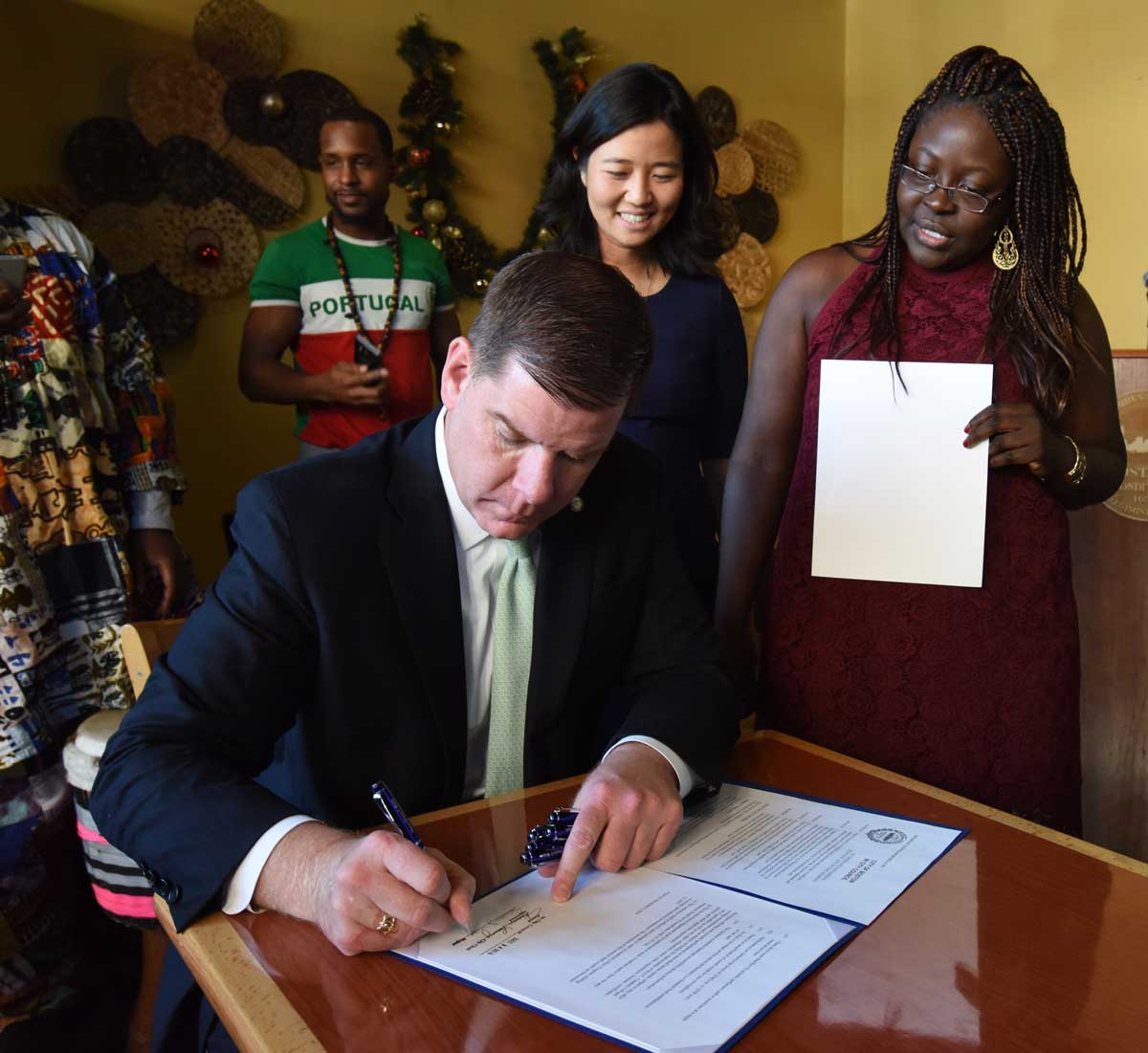 Mayor MartyWalsh signs the Acoustic Live Entertainment Ordinance during an event at the Suya Joint restaurant in Roxbury Wednesday.

Small Boston businesses may soon have more live acoustic music after Mayor Marty Walsh signed an ordinance that will allow neighborhood businesses to host acoustic performances without needing a license. 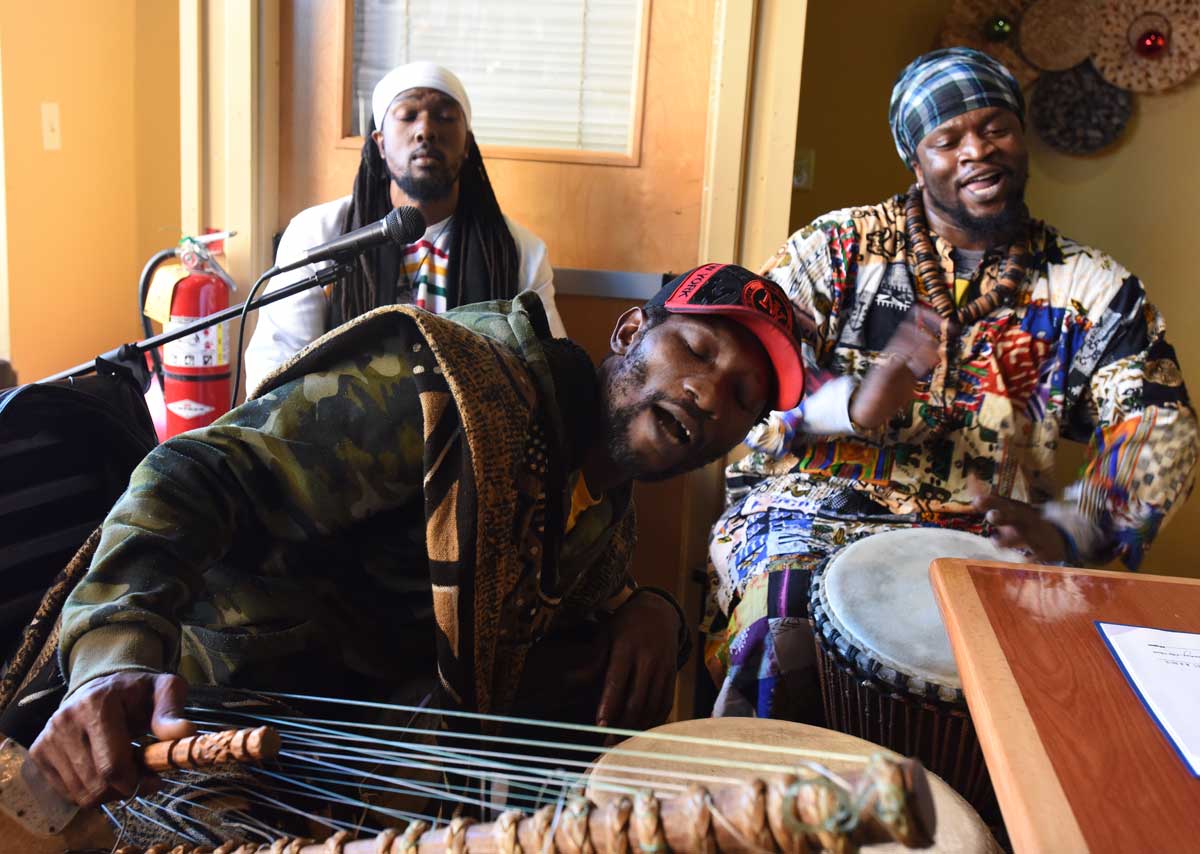 Members of the Humble Brothers band perform at the Suya Joint restaurant in Roxbury on Wednesday during the signing of the ordinance.

Signed into law during an event Wednesday at the Suya Joint restaurant in Roxbury, the Acoustic Live Entertainment Ordinance enables small businesses in specific business districts to organize acoustic performances without having to obtain a live entertainment license or a change of occupancy, the mayor’s office said in a statement Thursday.

The ordinance, inspired by the 2015 “Acoustic on Main” pilot program, hopes to strengthen small businesses and increase foot traffic to neighborhoods, with the performances encouraging the public to “shop local” and supporting Boston’s arts community, according to the mayor’s office.

In order to host a performance, a business has to be registered with the City Clerk and have a business license; host no more than five acoustic performers or musicians at one time; only hold performances from 10 a.m. to 10 p.m.; keep the amplification of sound to one microphone; not sell food or drinks unless they have a license to do so; and make sure their venue stays handicap accessible during performances, the mayor’s office said.