The financially strapped Berkshire Museum will be allowed to sell dozens of its artworks, but one of them, a beloved Norman Rockwell painting, “Shuffleton’s Barbershop,” will be sold to another museum and remain on public view, under an agreement announced Friday between the Berkshire museum and the Massachusetts attorney general’s office.

The agreement, which requires court approval, could end a contentious chapter in the history of the museum, which said its survival depended on the sales but whose plan provoked immediate objections from critics and museum associations who said collections should not be treated like commodities.

Museum officials did not name the institution that is purchasing the Rockwell or the price to be paid but said the identity would eventually become known.

The Berkshire Museum, in Pittsfield, Massachusetts, announced over the summer that it was planning to sell as many as 40 works by artists including Rockwell, Frederic Church, Albert Bierstadt and others, then use the proceeds to increase its endowment, renovate its building and expand its programming.

Rockwell’s three sons were among those upset by the plan, and the attorney general, who had said the sales would violate the provisions of various charitable trusts, asked a judge to block the planned auction of some works in November 2017.

The debate was also closely watched within the art world and drew protesters to the steps of the museum.

Professional organizations have long held that it is improper for museums to sell art for any reason other than to acquire new works or care for existing ones. Last summer, the American Alliance of Museums and the Association of Art Museum Directors issued a joint statement regarding the Berkshire Museum’s plans, saying: “One of the most fundamental and long-standing principles of the museum field is that a collection is held in the public trust and must not be treated as a disposable financial asset.”

On Friday, the groups thanked the attorney general for examining the sale but lamented the result.

“While the negotiated agreement with the Berkshire Museum may satisfy legal standards, it falls far short of ethical standards and best practices for museums,” they wrote. “This is indeed a sad day for the arts community in the Berkshires and the museum community across the country.”

The sales, set to be handled by Sotheby’s, are now likely to go forward, although under the agreement they will stop when proceeds to the museum reach $55 million. The museum may use the first $50 million without restrictions. The agreement stipulates that proceeds between $50 million and $55 million will be held in a fund for acquisitions and to support the museum’s collection.

“This agreement helps secure the future of the Berkshire Museum for years to come, while preserving ‘Shuffleton’s Barbershop’ for public view, in keeping with the wishes of Norman Rockwell,” the attorney general, Maura Healey, said in a statement.

Elizabeth McGraw, president of the museum’s board, said in a statement that “this agreement is the promise of a long future for our small but extraordinary museum and its collection.”

After its sale, “Shuffleton’s Barbershop” will be on display in the Norman Rockwell Museum in Stockbridge, Massachusetts, for 18 to 24 months, under the agreement, and then may be displayed in other museums in the state. The work will ultimately be hung “in a place of prominence within the purchasing museum,” the agreement said, and that institution will consider lending the work to museums in Berkshire County and elsewhere, nationally and internationally.

The attorney general’s office said that one virtue of the agreement was that it limited the sale of the art to a dollar amount that its investigation showed would be needed to bolster the museum’s finances.

“Shuffleton’s Barbershop” had an estimated price at auction of $20 million to $30 million, although it is unclear whether the museum that is planning to buy it has agreed to spend that much. 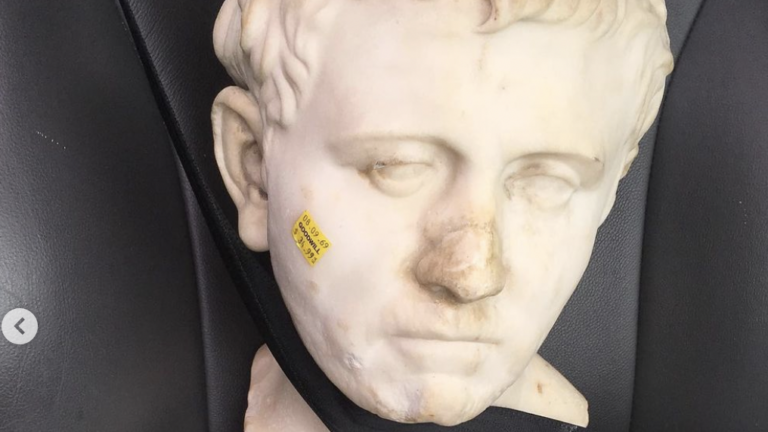