Janey, during a virtual council hearing Wednesday, said the “Roxbury Love” mural on Warren Street, whose removal was quickly criticized in the community, meant a lot to her.

The painting, created by Richard Gomez, who goes by the street art name Deme5, and Thomas Burns, also known by the moniker Kwest, went up in 2014. The mural — which included an image of Nelson Mandela — was destroyed when its wall was demolished during construction of a 99-unit housing complex by Cruz Companies, a Roxbury-based and minority-owned development company.

On social media, many condemned the mural’s removal as another loss of a gentrifying neighborhood and expressed frustration the image was not preserved or worked into the forthcoming project.

“That mural is literally around the corner from where I live,” Janey said. “That mural was at the bus stop that I have to wait at every morning, and so I share the concerns that people have raised around that mural now being gone and what the mural meant symbolically.”

While city officials knew the mural was slated to be torn down, they did not know demolition would happen the day it did, Kara Elliott-Ortega, chief of arts and culture, told WBUR.

Cruz Companies President and CEO John B. Cruz said in a statement last month he had signed a cooperation agreement with the city to provide mitigation for the mural and established an $8,000 budget for a public art installation, long before the demolition. He has also met with the original artist about replicating the mural and “incorporating elements of it into the building,” he said.

Still, Janey said she believes there was a missed opportunity for communication.

“This particular building was a city-owned building and the team that got this project is a Black-owned team with deep roots in the community and lots of good, strong relationships,” she said. “But there was still a missed opportunity in terms of how we communicate what was happening. … There was a missed opportunity in terms of residents being able to come and say goodbye to the mural.”

Janey, in a hearing order filed Wednesday, is calling for councilors to discuss “strategies for ensuring intentionality when it comes to preserving murals and public art.” The aim is to build on Boston’s existing art preservation protocols as the city sees a resurgence of murals brightening its neighborhoods, she said.

In particular, Janey pointed to the “Breathe Life” mural series by local artist Rob “Problak” Gibbs, whose most recent installment was completed this summer at Madison Park Technical Vocational High School in Roxbury.

“We see these beautiful murals coming up, breathing life at a time when many of us can’t breathe,” Janey said. “But how do we preserve them for the future?”

“We have a rich heritage of public art in the form of murals across our district. Sadly, as in Roxbury, we are seeing the disappearance of some of that public art due to development in our neighborhood,” Breadon said.

“When I travel to Philadelphia or San Francisco, I love walking around and looking at the public art,” she added. “It really is a wonderful, vibrant expression of the community that lives in that place.”

Janey recalled how murals graced the buildings around her as she was growing up, across Roxbury and the South End, during the 1970s and ’80s — and the messages they inspired.

The hearing order was assigned to the Committee on Arts, Culture, and Special Events. 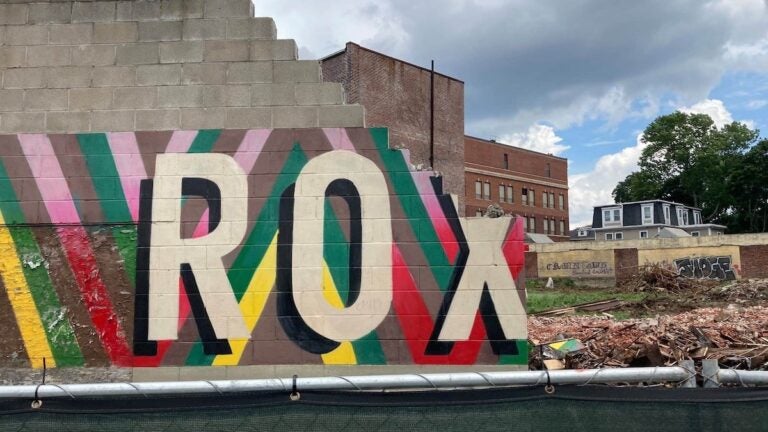 ‘People are angry’: A Roxbury mural was destroyed to make way for new housing, spurring a wave of backlash