In a viral Tik Tok, Florida artist Cecilia Monge, 22, accused Converse of stealing her designs for their new line of “National Parks” sneakers.

Monge applied for an internship with Converse in November 2019 and submitted several pitches as part of her application. She became aware of their similarity to the new Converse designs after seeing a Tik Tok praising the new line a few weeks ago.

Converse, which has its headquarters in Boston, denies that the new designs were based on Monge’s pitch.

“As a matter of standard legal policy, we do not share unsolicited portfolios of job applicants across the business,” a spokesperson told Boston.com in an email. “This concept and design was completed before we received an application from the candidate.”

Converse went into further detail in an email to Monge, which she shared with Boston.com. Converse told her that they researched her application — one among thousands for only 20-35 spots — and could confirm it was not shared.

“I also wanted to provide some clarity on the footwear development process, which typically runs from 12 – 18 months from concept to creation,” Converse told Monge in an email. “In November 2018, our design team was working against a seasonal Nor’easter creative direction, and the shoe design was initiated in April of 2019. The first results of that Chuck 70 design [were] released in October 2020, which took inspiration from the map patterns of Nor’easter storms.”

Converse told Monge that due to the popularity of the designs, the concept was continued into 2021 and explores the great outdoors and, specifically, the color palettes of America’s National Parks.

Monge noted in a recent Tik Tok update that Converse reached out to her but said she still hasn’t received an apology, credit, or compensation.

“I think they should acknowledge what happened and give me, along with their customers, honesty and transparency,” Monge told Boston.com.

She is now promoting the hashtag, #designersspeakup, created by Tik Tok user @nevawhite to encourage designers to share their stories of work being copied or used without credit.

“My story isn’t the first of its kind in the industry and it won’t be the last,” Monge said. “Large companies have been doing this to creatives for decades with impunity. The power imbalance can feel far too great at times that it silences small designers. I think it’s important for more people to speak up about their experiences. Some people have said that a large company taking an idea from a rejected internship application is unlikely, but those folks who are currently in design roles immediately came to my side to show me support. People in the industry know how real my situation is and how often it happens to people who are too afraid to speak up.” 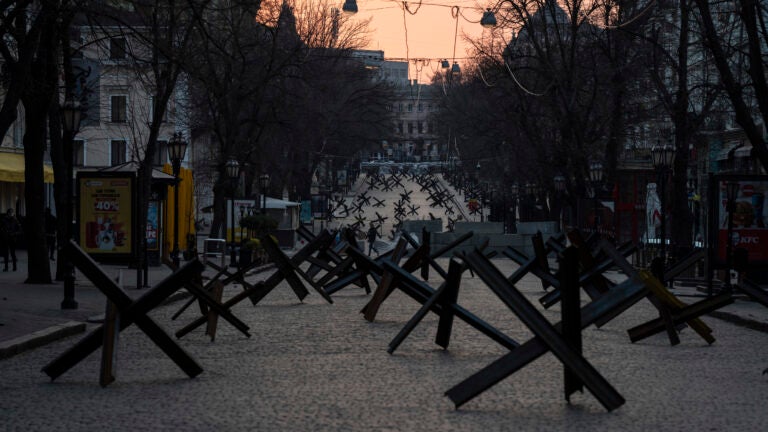