Beachgoers should keep an eye out for these colorful, venomous sea creatures in and out of the water. On June 30, 42 Portuguese man o’ war appeared on Nantucket beaches, and 1 was spotted on a popular Westport beach.

Mark Hamilton, an assistant harbormaster on Nantucket, told The Boston Globe 42 of the creatures washed up on beaches between Miacomet and Madaket before noon on Wednesday.

On June 29, the Massachusetts Department of Conservation and Recreation warned the public about the presence of the Portuguese man o’ war at Westport’s Horseneck Beach. The agency posted purple flags, which indicate dangerous marine life.

Hamilton told the Globe that lifeguards quickly buried the creature before they could pose a danger to the public. Man o’ war are typically seen later in the season, and Hamilton had “no clue” why so many appeared this early, according to the Globe.

Though the Portuguese man o’ war is often called a jellyfish, and is a close relative, it’s actually a species of siphonophore, according to the National Ocean Service. The creature is so named, NOS wrote, because it resembles a Portuguese warship at full sail, and can be identified by its blue, violet, or pink balloon-like float rising up to six inches out of the water. Tentacles average around 30 feet long, but can grow up to 100 feet, and contain stings that can cause significant pain and welts on exposed skin.

NOS warned that the man o’ war can still sting weeks after washing up on a beach, so beachcombers should be careful.

The man o’ war is propelled by winds and currents alone, and while they are mostly found in tropical and subtropical seas, they can travel over 3,500 miles. They’ve been found at Horseneck Beach before — DCR issued a similar warning in September 2020. 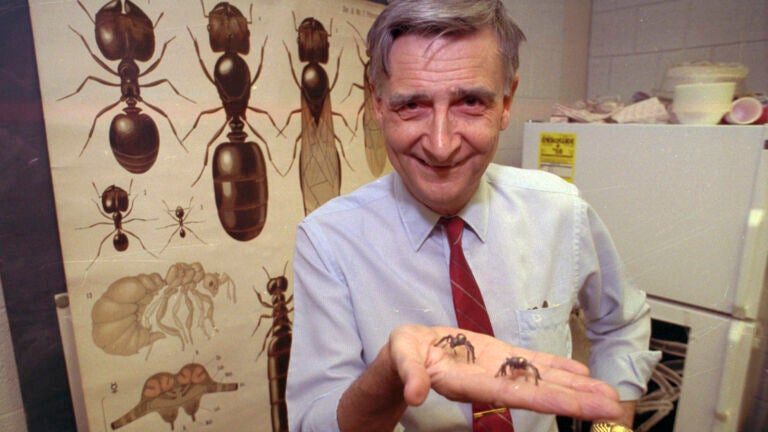