Michael Brawley carries his remaining bottles of Wicked Weed beer for sale at the bar at Brawley’s Beverage in Charlotte, North Carolina, Thursday. Brawley is among at least a handful of stores or restaurants that announced they don’t intend to stock Wicked Weed in the future.

RALEIGH, N.C. (AP) — Within hours of announcing its sale to the maker of Budweiser, North Carolina’s beloved Wicked Weed beer lost its voting rights in a craft beer guild, was booted from collaborations with two independent breweries and exiled from at least a handful of stores and restaurants.

The deal announced Wednesday represents the latest front in the battle between macro- and micro-brewers as behemoths such as Anheuser-Busch Inbev acquire independent brewers to harness the craft segment’s fast growth. Wicked Weed will be one of a dozen brands in Anheuser Busch’s unit called The High End, which includes Breckenridge Brewery in Colorado and Goose Island Brewery in Illinois.

“Our consumers are very, very passionate consumers,” said Walt Dickinson, who co-founded Wicked Weed in 2012. “They feel passionate about the brand. I’m respectful of their feelings. It’s going to be our job going forward to win them back and show them that we’re the exact same people.”

Other well-known craft brewery acquisitions include the purchase of California’s Ballast Point by Constellation Brands, while Molson Coors owns stakes in smaller brewers such as Georgia’s Terrapin Beer Co.

However, craft beer lovers seemed to take the sale of Wicked Weed harder than other recent deals, judging from scores of social media comments, said Paul Gatza, director of the Brewers Association trade group. He believes that could be because of Wicked Weed’s reputation for creativity, particularly sour beers.

“This one seems to have really struck a nerve moreso than some of the previous acquisitions,” he said.

Craft brewers’ share of U.S. retail beer sales was nearly 22 percent in 2016, according to recent figures from Gatza’s group, which represents small and independent brewers. The number of barrels produced by craft brewers has more than doubled since 2011 to nearly 25 million, the group said.

Dickinson said other companies were interested in buying Wicked Weed, but Anheuser Busch offered the best opportunity for the brewery to maintain a high level of autonomy.

“I could name 10 other partners we could have chosen besides The High End that the beer industry would have had a lot better feelings about, but at the end of the day I believe this was the right choice for our brand and our company,” he said.

The deal, subject to regulatory approval, will make Wicked Weed a subsidiary owned outright by Anheuser Busch Inbev, said Adam Warrington, a spokesman for The High End unit. Terms of the deal were not released.

At the bar at House of Hops in Raleigh, 34-year-old Robert Royster said the sale will be a deterrent.

“It really feels like they are trying to monopolize things for profits and not for taste,” Royster said of Anheuser Busch.

Asked whether any production could shift to Anheuser Busch facilities outside North Carolina, Dickinson said it’s a “very real possibility,” and he wouldn’t be worried about quality declining.

The Wicked Weed news drew scores of comments online. Many people decried the sale, while others said they intended to keep drinking the brand’s flavors that include Pernicious IPA and Lunatic Blonde.

The North Carolina Craft Brewers Guild announced that the Asheville brewer would no longer be a voting member, adding it was “disheartened” by the sale. Craft brewers Jester King Brewery in Texas and Black Project Spontaneous & Wild Ales in Colorado said they were backing out of joint projects with Wicked Weed.

“We truly believe that ABinBev intends to systematically destroy American craft beer as we know it,” said Black Project’s James and Sarah Howat in a blog post.

Brawley’s Beverage in Charlotte was among the stores and restaurants that said they would stop selling Wicked Weed.

“If we continue to buy those brands then we tacitly approve of Budweiser’s attempt to buy out their competition and use that competition by dropping the prices to hammer my friends’ brewery,” owner Michael Brawley said. “We don’t have a choice.”

Still, Brawley said he’s been getting calls from Wicked Weed drinkers who are mostly interested in buying the beer on the cheap through his fire sale.

“These greedy little people are more worried about getting Wicked Weed at a discount,” he said. 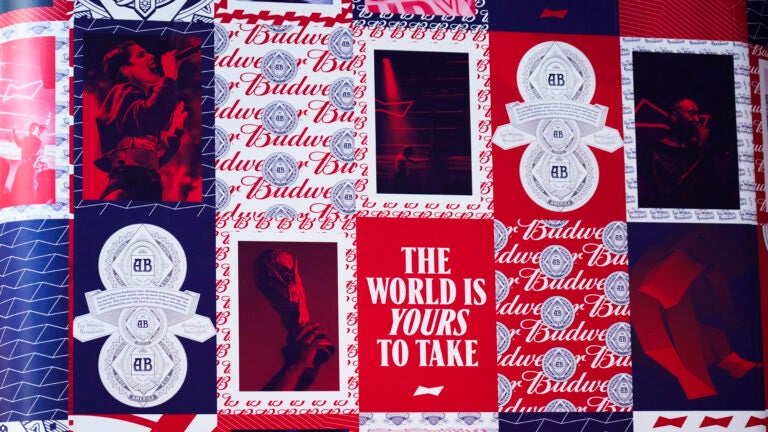 Sale of beer with alcohol banned at World Cup stadiums