IPAs and lagers aren’t the only thing brewing at craft beer manufacturers this summer – there’s trouble in the making, too, with a shortage of carbon dioxide causing rising prices and slowdowns in production.

The culprit is the dreaded phrase “supply chain problems,” a familiar pandemic-era woe that in this case covers a range of problems, from increased seasonal demand to contamination of a key supplier.

To veterans of the industry, the CO2 shortage is nothing new. Last year, Alewerks Brewing Company had to shut down production for a week because of a limited supply of the gas, said Michael Claar, operations director at the brewery based in Williamsburg, Virginia. Claar wasn’t sure what caused that shortage.

Alewerks has been able to get CO2 this year, but it comes with a cost: a 20% surcharge on deliveries of the gas, Claar said. It’s one more price increase among many for breweries, which are dealing with across-the-board inflation on everything needed to produce and package beer: barley, hops, bottles, labels … you name it. Alewerks has been trying to absorb many of the costs, though the brewery expects to raise its prices this year.

“Just for right now, we try to weather it,” Claar said.

Breweries rely on CO2 not just for those bubbles that beer-drinkers expect, but for moving beer between tanks or to kegs and canning lines, and to purge oxygen from tanks. “Warm and flat is not where it’s at,” noted Bob Pease, the president and CEO of the Brewers Association, which represents small and independent craft breweries. “It’s a key ingredient.”

Shortages began in mid-2020, he said, when production of ethanol – of which carbon dioxide is a byproduct – slowed as more people stayed home. This summer, though, the problem is more acute, he says.

Adding to the problem is the contamination of a site in Jackson Dome, Mississippi, which is one of the country’s largest CO2 producers, the Brewers Association wrote in its July newsletter. There, raw gas from a mine reduced the amount of food-grade CO2 available. Another factor is planned and unplanned maintenance shutdowns at several ammonia plants that are key producers of CO2, the association said, as well as the usual higher demand in summer months. That’s in part because of higher sales of beer and soda in warmer temperatures, and also because of butterfly-wing-like effects such as a need for more dry ice – which also uses CO2 in its production.

Many breweries are reporting spikes in the cost of CO2, Pease said, and some aren’t able to get as much as they need. “We’re hearing from people that their CO2 supplier called saying, ‘We were supposed to deliver 100 pounds, but we’re only going to be able to deliver 40,’ ” he said. “So they might have to alter their production schedule and the end result of that could be shortages of beer if this persists.”

Still, he hopes the supply problem will be resolved in 30 to 90 days.

The shortage hasn’t impacted all breweries, however. Some smaller producers have, so far, remained immune. Warren Stanko, head brewer at Chattanooga Brewing Co. in Tennessee, has not seen any interruption to his supply of CO2, though he produces only about 2,000 barrels of beer per year compared to, say, the 9,275 barrels produced annually at Alewerks.

For microbreweries, however, even small price increases can be hard to absorb during this stage of the pandemic. Christopher Gandsy, the founder, chef and head brewer at DaleView Biscuits and Beer in Brooklyn, says he was proud that he had no debt when he opened his business in 2018. But when the pandemic hit, Gandsy had to take out an Economic Injury Disaster Loan from the Small Business Administration. The $90,000 loan only adds to the economic pressures he already faces, including the rising costs of water and electricity.

Gandsy hasn’t had to refill his 200-pound CO2 tank since the shortage hit the industry. But even then, he had to pay about 10% more than he did a few months earlier. He’s sort of bracing for the price of CO2 come September, when he will have to refill the tank.

“Most raw material disruptions have a disproportionate impact on a segment’s smallest players so yes, the CO2 shortage is disproportionately affecting small/craft brewers,” Pease told The Post. “Large brewers also may have a technology called carbon capture at their breweries that helps insulate them from supply disruption.”

The recurring carbon dioxide shortage has at least one smaller brewery looking at ways to capture the CO2 naturally produced during the fermentation process. Alewerks is studying the possibility, said Claar, the operations director. It’s a not a cheap process, he said, but it could help offset Alewerks’s CO2 needs.

“Based on everything that’s happening now, we have to dive in,” Claar said.

The Brewers Association issued guidelines for brewers to help them get the most out of their carbon dioxide, including making sure there aren’t leaks in their lines. Pease says brewers have gotten used to being dealt setbacks: earlier this year, Ball Corp., the biggest supplier of cans, increased its minimum order fivefold, causing many breweries to seek out different suppliers, often at a higher cost. Other hits have included increased costs for labor, transportation, and other ingredients.

“Our members have faced a long string of challenges, and we have found ways to overcome most of them,” he said. “We will try to help our members overcome this one.” 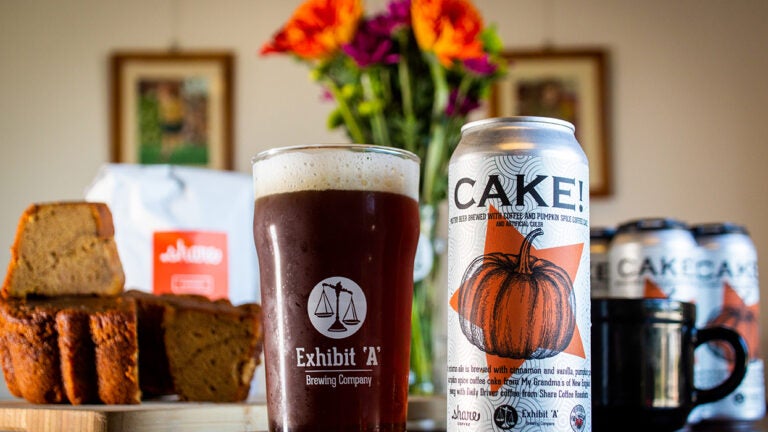