As a child in Somalia, Abdi Nor Iftin’s friends called him “the American.”

He taught himself English by watching American films in the war-ravaged city of Mogadishu, pressing his ear close to the television in a movie shack to hear the actors speaking. He dreamed of moving to America.

“Little did I know that someday I would be working as a paid interpreter in Maine,” Iftin writes in his new memoir, “Call Me American“, which debuts Tuesday.

In 2015, This American Life chronicled how Iftin won the opportunity for a green card through the Diversity Visa Program and the challenges he faced trying to get to the U.S. despite having “the golden ticket.” His story has also been told by the BBC and The Atlantic.

Iftin says that he began to think about writing down his memories after he moved to Maine in August 2014. He said it was while he was looking up at the New England sky, witnessing the change of the seasons for the first time that he realized a new chapter of his life was starting and that “the years of difficulties and pain had passed.” In “Call Me American,” he details his family’s struggle to survive in Somalia, how his love for American culture saved his life while also putting it at risk, and his eventual arrival in the United States.

Iftin spoke with Boston.com to share more about his experience.

In your book, you describe how you taught yourself English by watching movies in Mogadishu and how you had to hide your interest and love of American culture. What would you have said if someone told you as a kid that you would grow up to live in America and write a book in English?

I mean, learning English through movies was like a taboo — you’re not supposed to do that. But my brother started saying, ‘You’re sounding a little more like Arnold Schwarzenegger now.’ We practiced in English — he’s the one who told me to do that. But I remember him saying, ‘I think you might be able to live in America.’

Back when I was in Somalia, to be honest with you, I was more interested in becoming an actor, having muscles, and being strong like those action heroes. Somewhere in my mind, when I went to bed every night in the very, very hot and humid Mogadishu, the action heroes who were in the movies were in my mind. In Somalia, I was surrounded by gangs and stuff like that. But I thought what I saw in the movies were real heroes. That’s one of the things that I wanted and one of the things that actually encouraged me to be an American.

How are you feeling now that you’ve finished your book? How does it feel to have it out in the world? 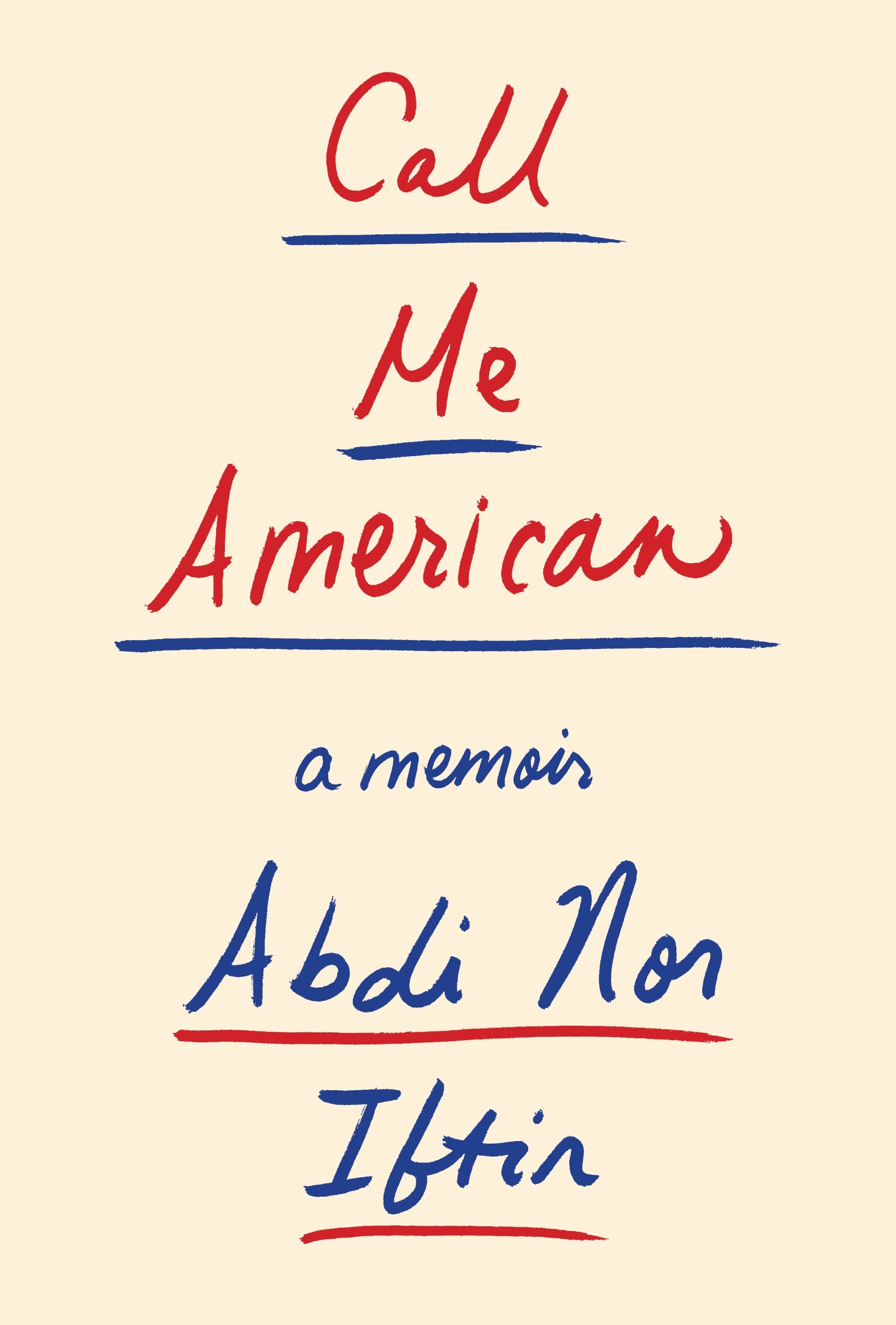 ‘Call Me American’ by Abdi Nor Iftin.

It feels wonderful. I’m so excited that I was able to put down what was in my head. It’s so hard to forget about memories, especially exquisite, painful, and gorgeous memories. So this is a book of that combination. It’s beautiful.

To me, it’s like I’m educating the world, I’m somehow teaching the world about Somalia. Basically, my story and my family’s story is a story of every Somali family. I think it also teaches those who have never been to Somalia. I hope that it teaches how lucky they are to be born in such countries where you don’t have to go through all of that. And I hope that my book gives them a better understanding of the horrors we face in Somalia, and that we need to face the facts and get a better understanding of these complexities so that we have a sense of doing what’s right and to find better solutions to these difficulties.

Was there a particular part of the book that was most challenging to write?

Chapters two, three, and four are all about my childhood. I remember pausing many, many times because I’m talking to my mom on the phone and she tells me, ‘Abdi you almost died because we hadn’t eaten anything for a week. And I almost gave up on you guys.’ She said she was thinking how she could bury us. She was thinking where she could bury us! And mom said, ‘It’s so hard as a child to survive this, so the chances of your surviving and being able to breathe another day was just a miracle.’

So those were the most difficult chapters for me to write. It was especially difficult because I was sitting in my room in Maine. I had a large coffee sitting next to me, sitting in front of my computer, and my eyes were filled up with tears running down my cheeks and falling on my pants. It was how thankful I was to God that I was sitting there today and writing about those vivid memories and what we had been through. And I said to my mom before I hung up, ‘Thank you, Mom. It was you. We couldn’t have survived.’

The first mention of Donald Trump in your book is positive — you explain how you and your brother, Hassan, read his book, “The Art of the Deal,” while living as refugees in Nairobi, Kenya. But later you share how his election impacted you. How did your life and your perspective of America change with the 2016 election?

I am frustrated. I am worried about how things have been in the last year or so, ever since the election. And it’s true, when I was in Kenya, I had read ‘The Art of the Deal.’ I didn’t have an understanding of his ideologies and that he would hate me one day. When he started campaigning, the things he said, that Somalis are bad and that we shouldn’t be here because we’re not bringing anything to this country, well, I regretted reading his book. I regretted being so smiling and happy reading that book and everything he talked about.

I never thought I would go into the streets and march against the White House and the president of the United States. I’m praying that America gets over this hate. It makes me feel like I don’t belong to this country, a country that I always thought I belonged to. The nickname I had [was] ‘Abdi the American.’ That’s what my friends called me. My mother kicked me out of the house because of the love I have for this country, and Islamists almost killed me. I taught myself English, and I was hoping to turn my nickname into a nationality and become American in the next year or so. America is an idea, and being on the soil of America, that’s all I need. America gives me all the happiness that I need.

I would say to him, ‘Listen, Mr. President, the day I landed in Boston, I brought something with me. I am in the U.S. to give to America. And if you look back, everyone in the U.S., if you go back two or three [generations], they have made a tough journey, like I did, to this country.’ That’s what America is all about, that’s what the foundation of this country is all about. So if I was sitting in front of him, I would say, ‘Mr. President I’m here to give everything I have to the United States of America. I am a proud American immigrant. That means I could give my life if America is under attack. I’m ready to defend this country.’ That’s what I would say to him.

What’s next for you? What’s your next dream, and what are you looking forward to?

I’m still going to college, which is really exciting. My major will be international affairs or things that I would be able to be supportive and helpful to the world. I feel like we’re at a time — or we will be at a time — where the world will need our support. It’s completely not right to ignore the plights of refugees and immigrants out there. Because I have been one, and I understand how hard it is to be a refugee. And not all refugees are bad. The way that this administration is leveling them as bad people, as lazy, is not very true. They have all sorts of professions amongst them. But unfortunately they’ve been kicked out of their houses and they’ve been kicked out of their countries, of their farms, of their factories, and what they need today is our support. So that’s pretty much what I will be doing in the future. I’m really very hopeful. I feel like I was just born. And I’m trying to take advantage of the time I’ve had in the United States, because I haven’t had this opportunity as a child. I never went to middle school or high school because there was nothing. And now, even though I’m over 30 years old, I actually feel I have the energy to do so much and go to school and think about how I can help the world and be a wonderful American citizen.

The interview has been condensed and edited. 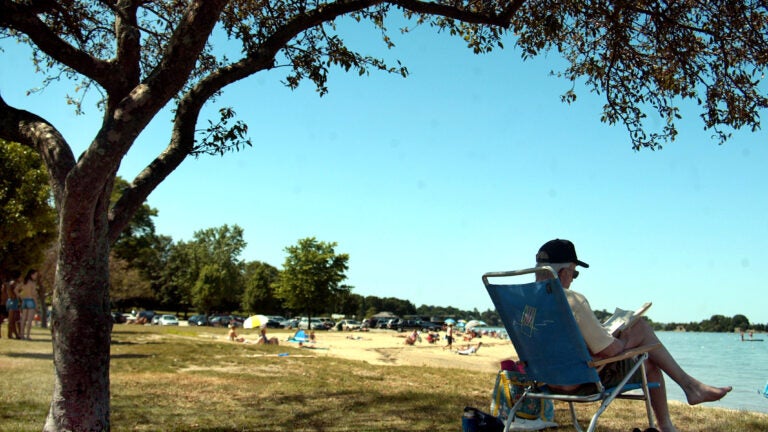 22 books that local experts say you should read this summer