Boston may still be running, so to speak. Just don’t do it on the marathon route Monday, says Mayor Marty Walsh.

“Save your energy until September 14,” Walsh said during a press conference Friday afternoon.

Headed into the start of what would have been marathon weekend, the Boston mayor strongly reiterated the message that he and other local officials have repeated since the 124-year-old race was postponed last month due to the coronavirus outbreak: Don’t go and run the route anyway Monday.

While Patriots’ Day is still a state holiday, there will be no barriers or public safety stationed along the 26.2-mile route. And officials say that if a significant number of runners decide to run their own self-guided marathon on Monday, it could end up diverting first responders involved in efforts to manage the ongoing surge in COVID-19 cases in Massachusetts.

“If you have an idea, then you can be certain that hundreds of other runners will have the same idea,” Walsh said Friday.

The mayor went on to commend the tens of thousands of runners who typically run and fundraise for the annual race as “champions,” but tried to extinguish any appeal of running the race Monday.

“If you try to run the marathon route Monday, you’re not a champion,” he said. “You’re actually not helping us. You’re putting people at risk.”

Walsh added that running the race Monday would not be “a great accomplishment.”

“You’re not going to be celebrated for it,” he said. “No one’s going to be clapping for you. And I would ask you not to do it.”

His remarks came after officials in Hopkinton, where the marathon begins, issued similar guidance this week, asking runners to both stay off the course and away from the starting line. While the state’s stay-at-home advisory permits outside exercise, it strongly discourages group gatherings. Walsh’s office has also released a series of public service announcements on the subject, including one featuring former Patriots linebacker Tedy Bruschi.

Thank you Tedy and @Tedysteam for reminding us all of how important it is to #stayhome this Patriots’ Day. I hope to see you for the @BostonMarathon this September.

Be a true patriot and support our frontline workers by “staying home and staying safe”. pic.twitter.com/57ABaqV5iO

Walsh said Friday that they’re still “hoping” to have the marathon on its delayed Sept. 14 date, which he has previously sold as a “historic, once-in-a-lifetime race.”

However, during a CNN interview Thursday, Walsh acknowledged the possibility that large gatherings like sporting events and concerts will not be able to resume until 2021, as Los Angeles Mayor Eric Garcetti recently suggested.

“I think he could be right,” Walsh said, adding that it would depend on how the outbreak develops, as well as testing capacity and “how many people are immune to the virus.”

“I know very smart people are trying to figure that out,” he said. “And I think as we get that information, some of our decisions we make going forward will be clearer.” 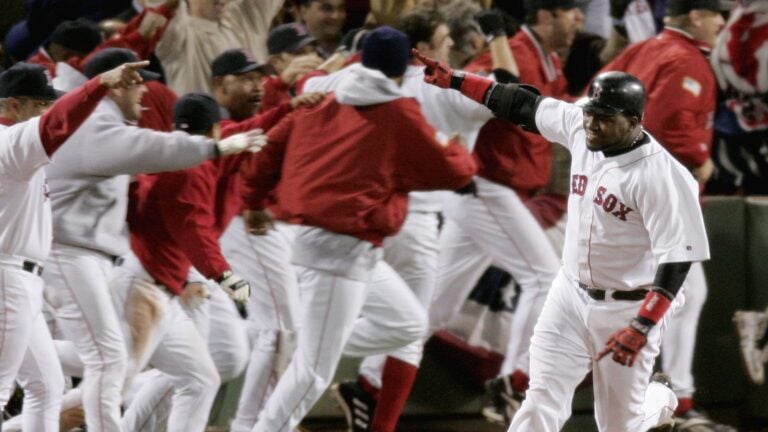