Upper Crust, the bankrupt gourmet pizza chain accused of exploiting workers as it expanded across the region, owes employees about $850,000 in back wages and damages, according to court records filed by the US Department of Labor.

A federal investigation of pay practices at Upper Crust between April 2009 and January 2011 found the company violated minimum-wage and overtime laws and failed to pay 67 employees roughly $425,000 during that period.

Upper Crust owes an equal amount in damages, as well as $37,000 in civil penalties, according to the proof of claim filed last week in US Bankruptcy Court in Massachusetts.

The government notified Upper Crust founder Jordan Tobins of its findings in August 2011 and spent more than a year trying to come to an agreement with the chain on payments and penalties. But the business, with 176 employees, sought bankruptcy protection in October after facing persistent labor problems, financial troubles, and ownership disputes.

Upper Crust has 16 locations left after four restaurants shut down in the past year.

“The department has been engaged in protracted settlement negotiations with the parties involved in an attempt to resolve the matter and recover back wages and liquidated damages for the workers,’’ said Ted Fitzgerald, an agency spokesman.

The Labor Department’s claim makes it the largest unsecured creditor in the bankruptcy proceedings. It is the second time the federal agency has sanctioned the company in recent years.

Upper Crust, which was founded in 2001 in Beacon Hill and quickly gained a devoted following, depended on a steady pipeline of immigrant workers from the impoverished village of Marilac in Brazil, according to a Globe investigation published in 2010.

In the beginning, the Brazilian workers embraced jobs that allowed them to send money to their families and improve their lives back home. But the relationship soured over time, employees said, because management began underpaying them for long work weeks as the business grew rapidly.

Employees eventually took their complaints to the Department of Labor, which first investigated in 2009 and ordered Upper Crust to pay workers nearly $350,000 in overtime.

Tobins and other executives then allegedly devised a plan to take back the money by reducing employees’ wages or firing them if they refused to return the federally mandated compensation. That prompted a 2010 class-action lawsuit filed by five former employees, as well as a second Labor Department investigation.

The Labor Department, which determined Upper Crust owed workers about $850,000 in back wages and damages, will detail its claims in lawsuits it plans to file against the corporate entities and individual executives, Fitzgerald said.

Shannon Liss-Riordan, an attorney who filed the class-action suit on behalf of former Upper Crust workers, said she will continue pursuing claims for employees who were allegedly forced to choose between keeping their jobs or keeping their payments for back wages.

Liss-Riordan said she is not surprised by the Labor Department’s finding. “This company has repeatedly shown its disregard for the laws protecting workers and their wages,’’ she said.

Upper Crust, which defaulted on a TD Bank loan in late September, said it owes at least $3.4 million to creditors, including more than $500,000 to ZVI Construction Co. in Brookline, about $235,000 to a food distributor, and $230,000 to a former Massachusetts attorney general, Thomas F. Reilly, who represented the business after leaving office, according to a list filed last month with the Bankruptcy Court. The state Department of Revenue says Upper Crust has not paid an estimated $843,000 in meals taxes from the last year.

The Chapter 11 bankruptcy filing — it is intended to allow the chain to reorganize and keep operating restaurants — capped months of turbulence at Upper Crust. Earlier this year, partners Huggard and Higgins put Tobins on leave and sued him, for allegedly misusing company funds, including by making a down payment on a personal residence and charging yacht costs to corporate credit cards.

The problems deepened in June, when ZVI Construction filed a lawsuit seeking about $700,000 it claims it is owed for store improvements at Upper Crust restaurants. ZVI then attempted to seize Upper Crust’s bank accounts at TD Bank and Bank of America.

Tobins and his partners tried to resolve their differences this summer with a settlement agreement that would allow the founder to keep the Upper Crust name and franchising rights, along with two Upper Crust stores in Brookline and Beacon Hill in exchange for a $250,000 payment, according to a copy of the agreement filed with the Bankruptcy Court.

Higgins and Huggard would keep running the remaining restaurants as long as they did not use the word “Upper’’ in their names.

Tobins made the $250,000 payment with the help of a private equity firm, which they claim was immediately supposed to be paid to ZVI, according to court records.

E-mails between Tobins’s lawyer and the attorney representing Huggard and Higgins indicate the funds were to be transferred to ZVI.

But according to a lawsuit filed by the private equity firm, it appears Huggard and Higgins kept the money and days later sought bankruptcy protection. 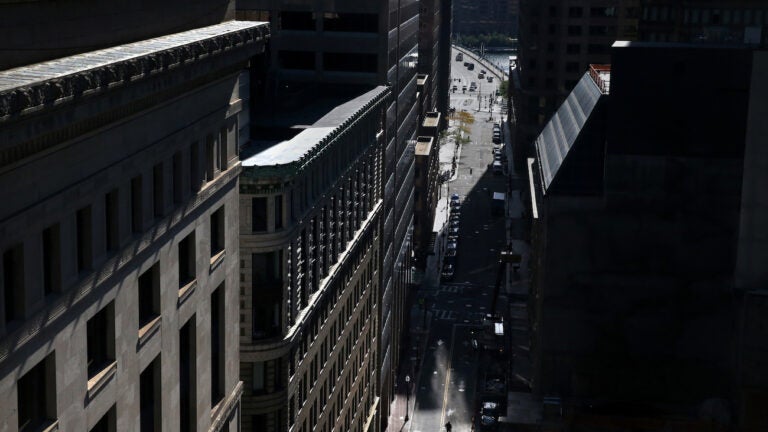 What does a future of remote work look like for Massachusetts?