Ariad Pharmaceuticals Inc., reeling from a series of setbacks that last week forced the Cambridge company to temporarily stop selling its leukemia drug, said Thursday that 160 jobs will be eliminated.

Ariad chief executive Harvey J. Berger called the move a “painful and difficult action in which we are losing highly talented and dedicated employees.’’ But Berger said trimming the payroll was “a necessary step in strengthening the company financially.’’

The cuts, which include positions across all departments. account for about 40 percent of Ariad’s US workforce. They are intended to keep the company from burning through its cash and are expected to save about $26 million next year.

Ariad’s fall from the ranks of promising Massachusetts biotechs has been swift and devastating, with its stock price plummeting over a short period to $2.29 from a 52-week high of $24.59.

The trouble began when data showed an increasing number of clinical-trial patients taking Iclusig — Ariad’s once-a-day pill for leukemia and other cancers — were suffering blood clots and heart problems. On Oct. 9, the Food and Drug Administration put a “partial clinical hold’’ on Iclusig testing and the company had to stop enrolling new patients in trials.

Soon after that, Ariad said it had ended a clinical trial aimed at turning Iclusig — which was approved for patients whose leukemia resists other treatments — into a medicine that could be taken by newly diagnosed patients. That would have expanded its potential market, and revenue, for the company.

Faced with that dramatically diminished sales potential, Ariad on Oct. 22 put a hold on plans to move into a new headquarters and laboratory complex already being built in Cambridge’s Kendall Square. The company did not say Thursday whether the move has now been scrapped altogether.

“I would like to personally express my deep gratitude to all of the employees affected by this reduction and thank them for their contributions to both the company and the cancer patients whom we continue to seek to help,’’ Berger said in a statement posted on Ariad’s website.

Iclusig was approved by the FDA last December, three months ahead of schedule. The agency signed off on it as a treatment for two rare cancers — chronic myeloid leukemia and Philadelphia chromosome positive acute lymphoblastic leukemia.

Despite the company’s problems and safety concerns about Iclusig, Ariad continues to negotiate with the FDA about changing the drug’s label and getting it back on the market, although with lower sales expectations.

Ariad said it expects the job cuts to be completed by the end of the year will post a fourth quarter charge of about $5 million to cover associated costs.

Following the reductions, Ariad said, it will have a total of about 295 employees in the US and in Europe, where no jobs cuts are currently planned. 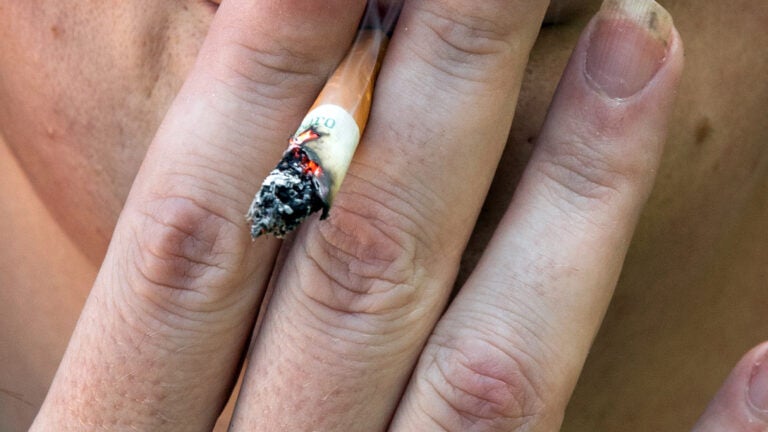