A Cambridge biotechnology company launching Wednesday is taking aim at Parkinson’s disease and ALS with a new gene therapy that deliberately infects patients with a virus.

The firm, Voyager Therapeutics, plans to use a class of viruses known as adeno-associated viruses as carriers to deliver vital proteins to the brain. Intentional infection may be counterintuitive, but the viruses used in the therapy are harmless to humans, making them ideal vehicles for moving proteins throughout the body, without troublesome side effects.

Boston venture capital firm Third Rock Ventures considered Voyager’s research so promising that it invested $45 million to get the company off the ground, an unusually big bet on such an early stage life sciences firm.

“We’re just convinced that these viruses are going to be incredibly important delivery vehicles to different parts of the body and make a big difference in a lot of very serious disorders,’’ said Third Rock cofounder Mark Levin, who will serve as Voyager’s interim chief executive during the company’s start-up phase.

The investment in Voyager marks Third Rock’s latest foray into genetic medicine and the treatment of rare diseases. Bluebird bio of Cambridge, another gene therapy company in its portfolio, raised more than $100 million in an initial public stock offering last June. Bluebird is working on a treatment to slow the progression of a genetic brain disorder called childhood cerebral adrenoleukodystrophy, or CCALD.

In November, Third Rock joined two other venture firms in putting a combined $43 million behind a Cambridge start-up called Editas Medicine, which is developing a technique to “edit’’ faulty genes, such as those that cause Huntington’s disease and sickle cell anemia.

The investments reflect a broader belief among the scientific community that gene therapy could be the key to effectively treating some of the world’s most challenging disorders. Gene therapy techniques typically involve replacing a mutated gene with a healthy version or turning off a gene that causes disease.

Voyager plans to use adeno-associated viruses as carriers for both techniques. To treat Parkinson’s, for instance, Voyager will use viruses to deliver a missing protein. For ALS, the viruses will help shut down a harmful protein.

Expecting gene therapy to produce cures for rare diseases might be unrealistic, Levin said, “but the idea is to make a dramatic difference in patients’ lives.’’

Thanks to years of research by its scientific cofounders, Voyager is not starting from scratch. The company’s Parkinson’s program is its most advanced, with a Phase 1b clinical trial already underway at the University of California, San Francisco. The new company also has preclinical programs for a monogenic form of ALS and Friedrich’s ataxia, a rare hereditary disease that causes muscular deterioration.

Voyager is opening with about 20 employees in a building on Sidney Street in Cambridge that once housed Millennium Pharmaceuticals, maker of the cancer drug Velcade, which Levin founded and led for 12 years. Settling in on Tuesday, Levin remarked that the office chairs from his Millennium days are still there.

The same kind of longevity is one of the defining characteristics of Voyager’s prospective treatments, which would be administered by injection once and potentially last a lifetime. Voyager cofounder Guangping Gao said that in his research, a gene injected into a monkey using a virus remained effective 11 years later.

“That’s the beauty of the approach,’’ said Gao, director of the Gene Therapy Center & Vector Core at the University of Massachusetts Medical School. “This is a one-time shot for a lifetime benefit.’’ 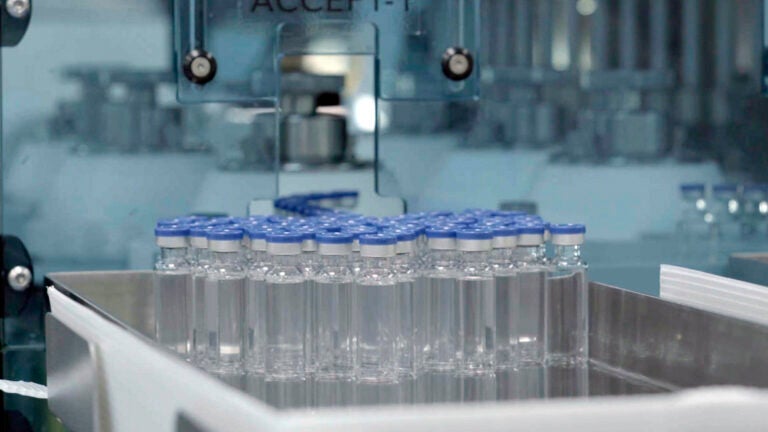