The ads make it clear: Legal Sea Foods does not want to be thought of as a chain.

The advertising campaign, which debuted in August, is highlighted by a slogan of sorts, classifying the word ‘chain’ as a ‘four-letter word.’

Here are the ads:

The odd thing about the campaign is this. To many, the Boston-based company is very much a chain. It has nearly three dozen locations stretching all the way down to Georgia. If Legal isn’t a chain, then what is?

There isn’t much in the way of a standardized definition.

New York City considers any restaurant with more than 15 locations nationwide a chain, and requires qualifying businesses to list calorie counts on their menus. For New York, then, it’s all about a number. (The Affordable Care Act is supposed to eventually impose a similar rule across the country, defining chains by the number of locations, but the implementation of that part of the law has been delayed.)

One restaurant group has suggested that a chain is any eatery with 10 locations, or one that crosses state borders. Others argue that it’s a matter of whether or not the company is franchising.

Others still would say it’s a matter of perception. You can probably count Legal owner Roger Berkowitz in that camp, as he told The Boston Globe over the summer.

“It’s dismissive. It’s denigrating,’’ he said. “When people hear it, psychologically they are shut off to the nuances of what makes us different and special. There is a built-in unsaid prejudice about chains. When you say chain, it’s almost as if it’s soulless.’’

Berkowitz seems to be defending chains while disputing his own company’s classification as one.

Defining ‘chain’ is an exercise in flimsiness because whether or not something is a chain is in the eye of the beholder, said Sharmila Chatterjee, a professor of marketing at MIT’s Sloan School of Management.

“It’s about expectation, knowing what an outlet is and what the experience is going to be like,’’ she said.

That is probably why Legal wants to direct people to think of it as something distinct, something very un-chainlike. One of Legal’s ads features Berokowitz saying: “Each of our restaurants is unique, not cookie-cutter.’’

Should the number of locations matter? And if so, how many locations puts a business in the chain category?

“It’s difficult to put a number on it,’’ said Chatterjee. “Maybe it’s five. Maybe it’s three. … If you have one restaurant in Boston, one in San Francisco, and one in Florida, that’s probably not going to immediately trigger the perception of a chain.’’

However, Chatterjee said, a restaurant with a few locations in one region may be perceived as a chain and still develop loyalty among clientele due to its local roots.

“It gets at the difference between local, regional, and national chains,’’ she said.

But that’s just Chatterjee’s own perception—albeit, one grounded in expertise. The best answer to what constitutes a chain is, again, in the eye in the beholder. So, let’s put it to the beholders.

Below are 10 regional eateries with multiple locations. Well, one of them only has one location and is planning a second. We’re pretty sure it’s not a chain, but chains, in a way, aren’t unlike pornography: You know it when you see it.

We’ll start you off with an easy one. 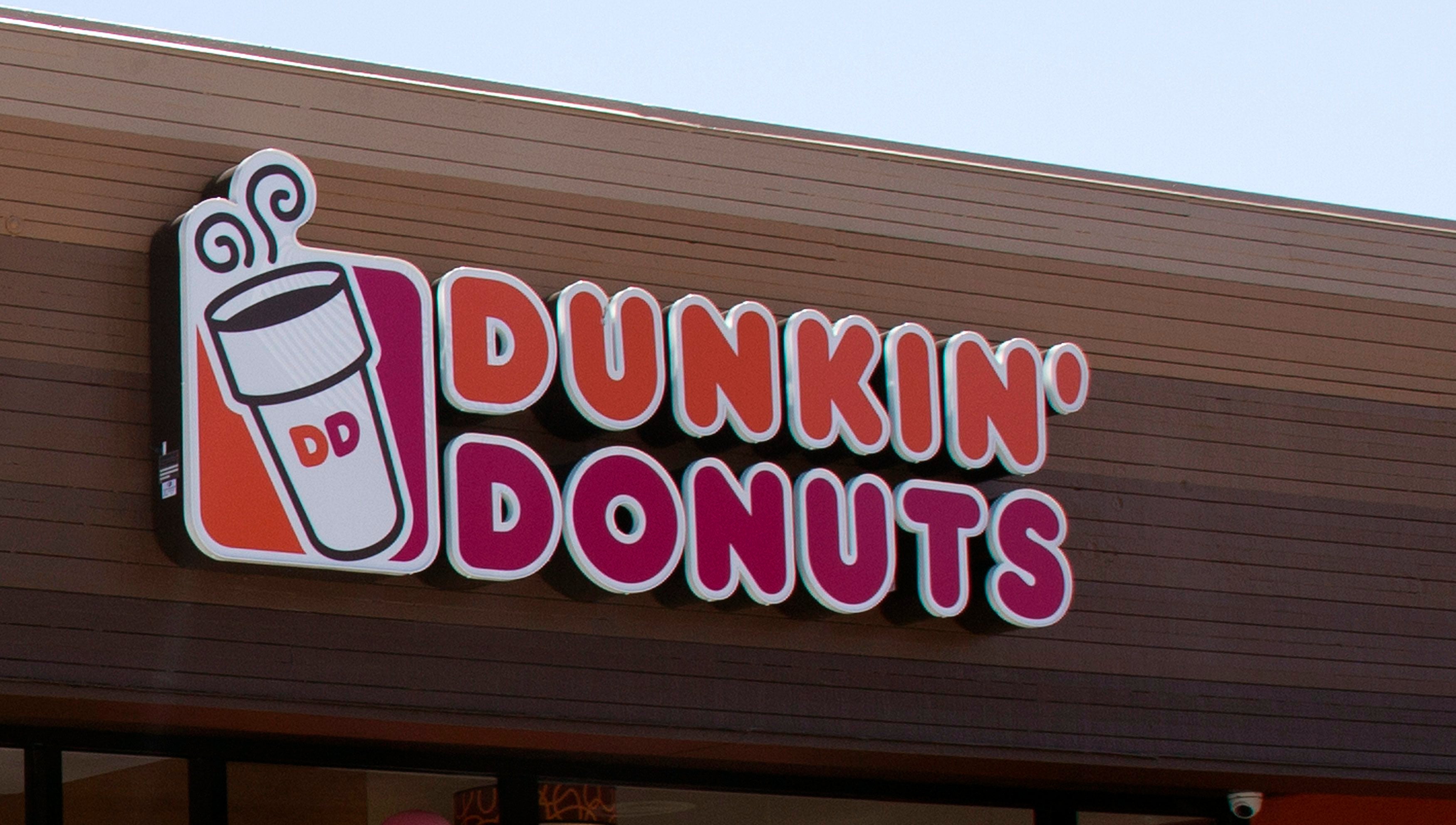 Misc.: Do you consider anything a chain? 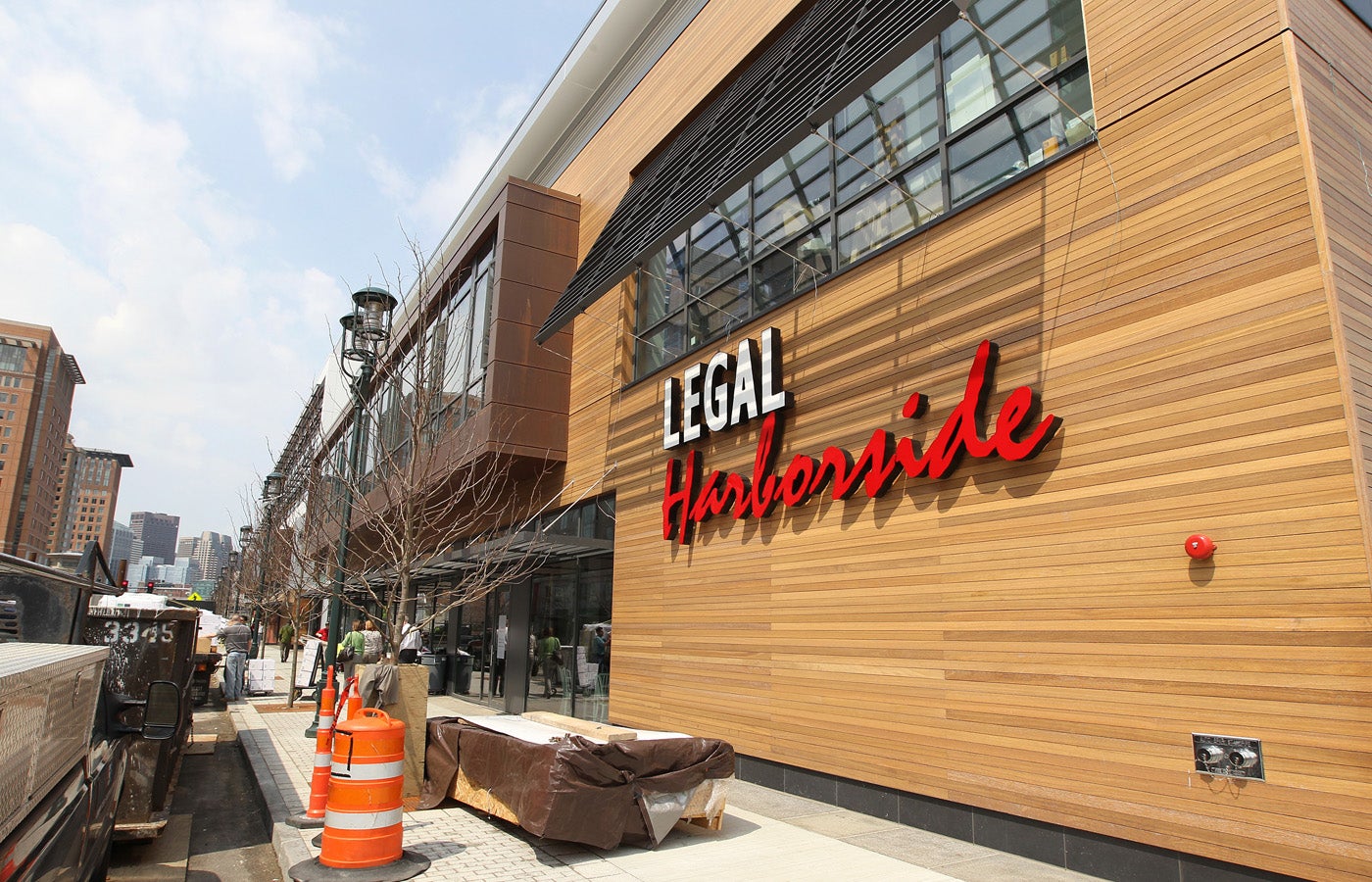 Legal Harborside on the Liberty Wharf

Misc.: Most locations are called Legal Sea Foods, but a handful of other concepts, like Legal C Bar and Legal Test Kitchen, are also under the umbrella. Misc.: First restaurants existed under another name—The Wrap—meaning that when the name Boloco actually debuted, it debuted in 10 different locations.

Franchises? The two locations at Logan Airport are independently owned.

Misc.: Beer Works uses different names depending on the town of each location (such as Salem Beer Works and Hingham Beer Works). 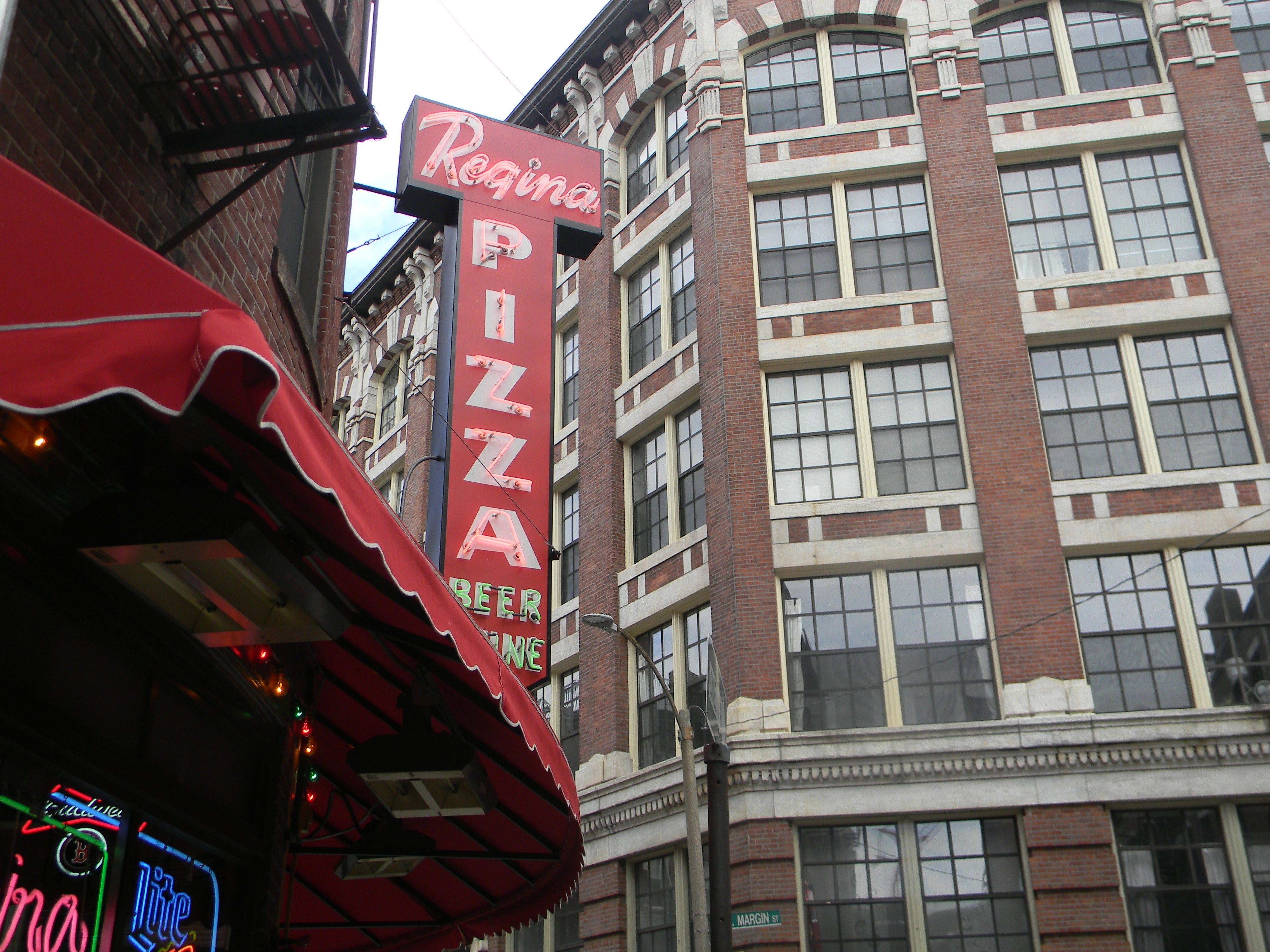 Misc.: Is it a chain if it’s in multiple malls? How about a casino? 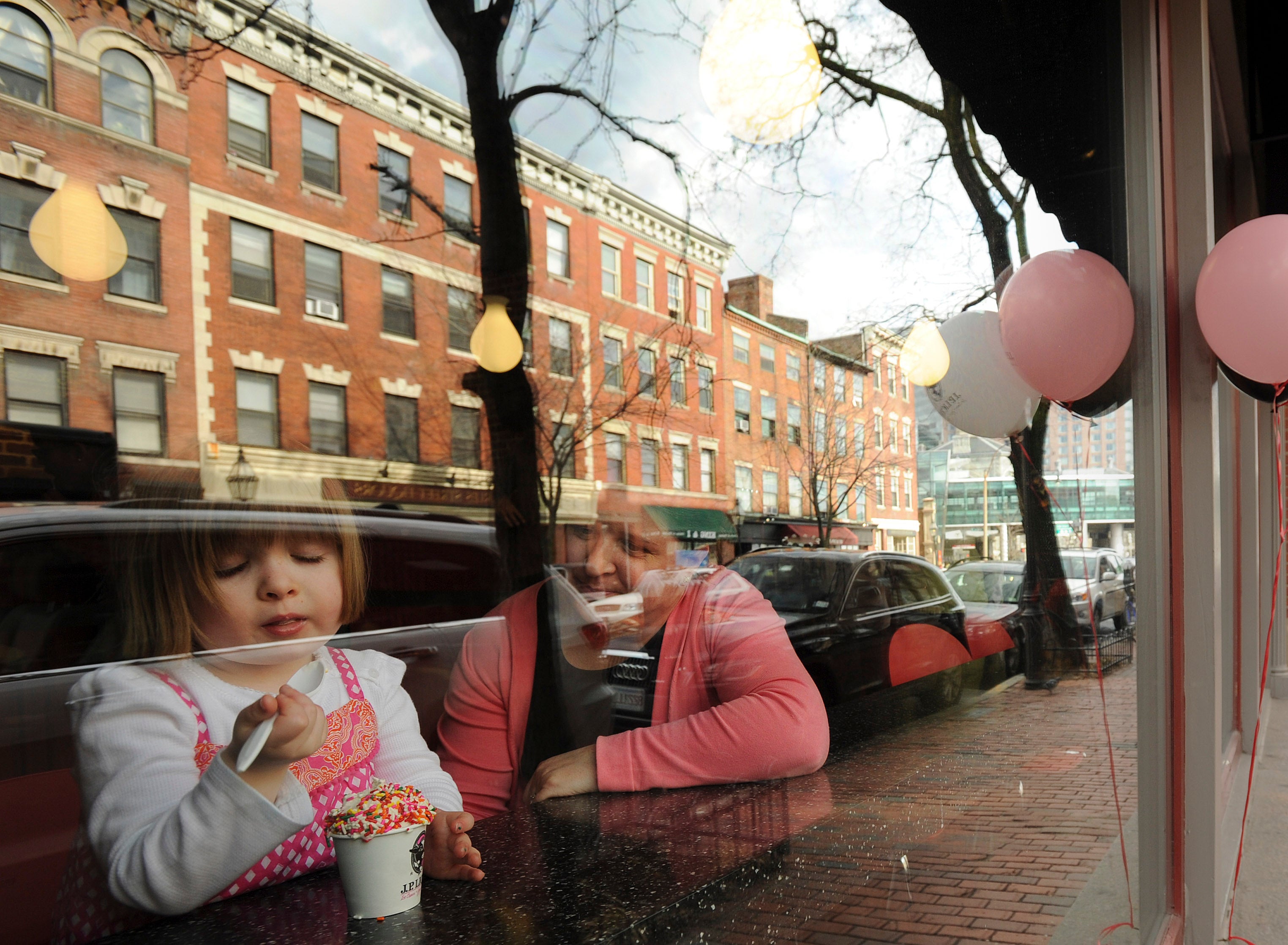 Misc.: The company has no locations outside Greater Boston.

Misc.: Is it a chain if it has drive-through? 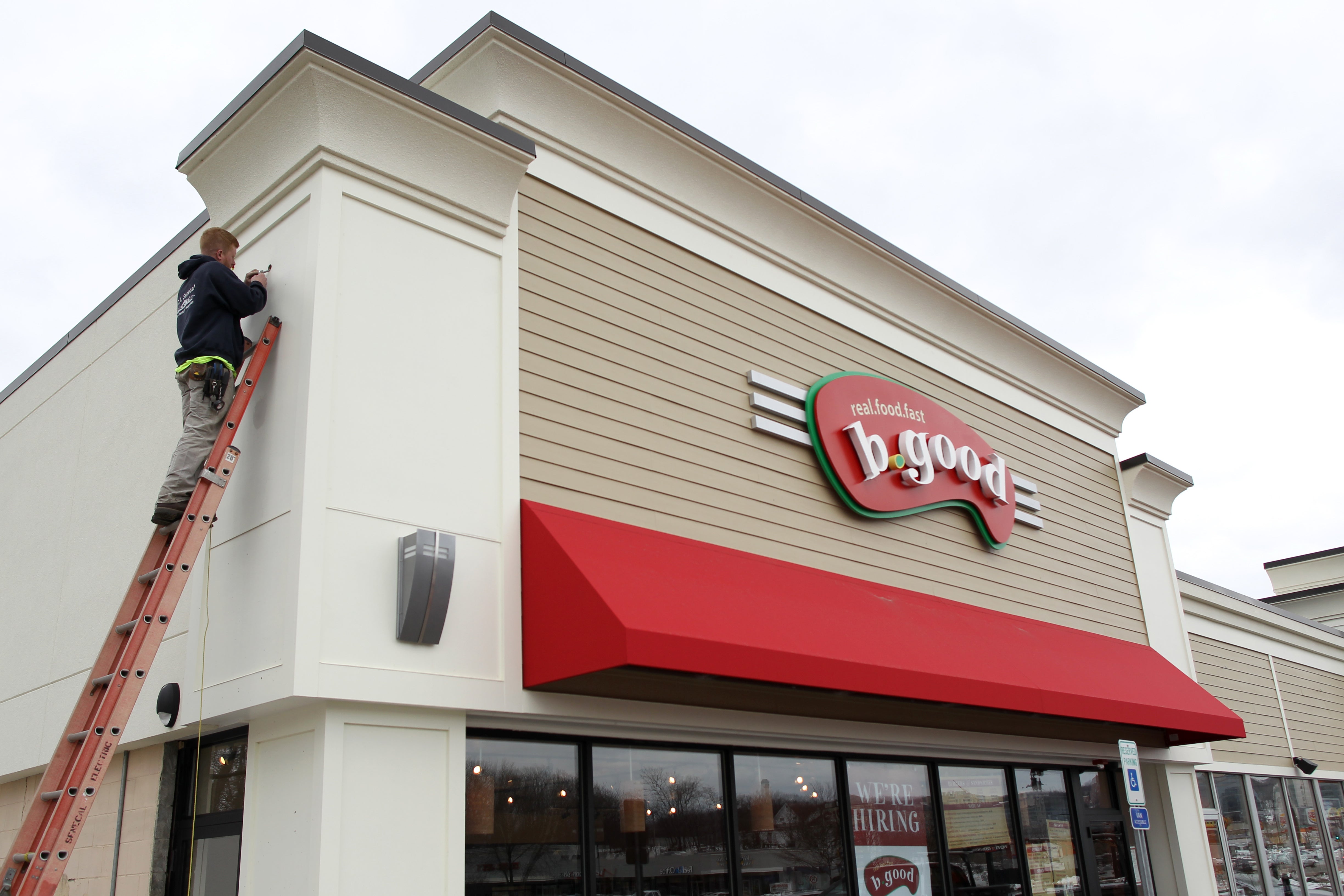 A new b.good prior to its opening.

Misc.: The company uses ingredients that are local to individual restaurants. 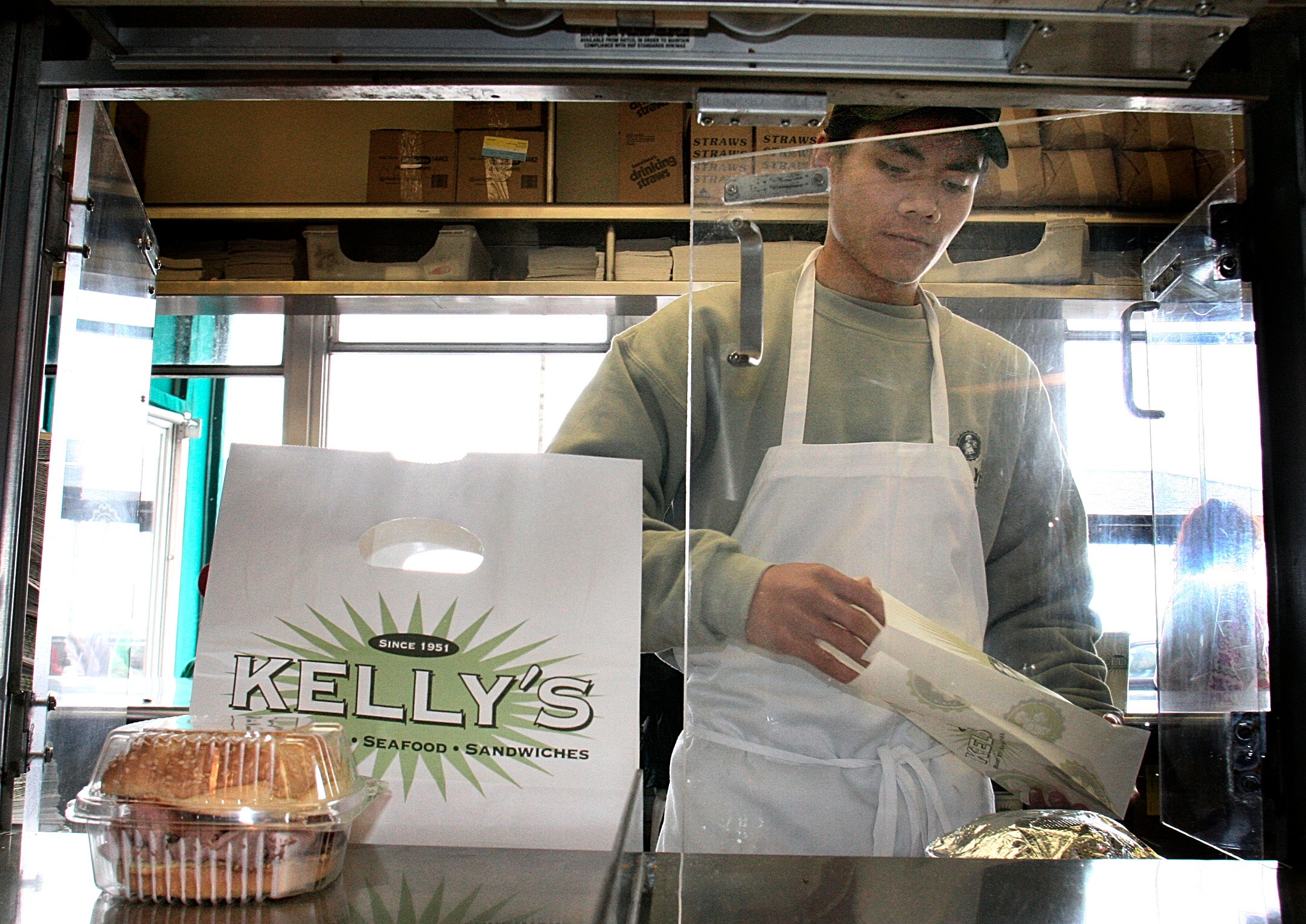 Misc.: There’s very little difference from location to location in ambience or menu, with the exception of the flagship Revere Beach spot. 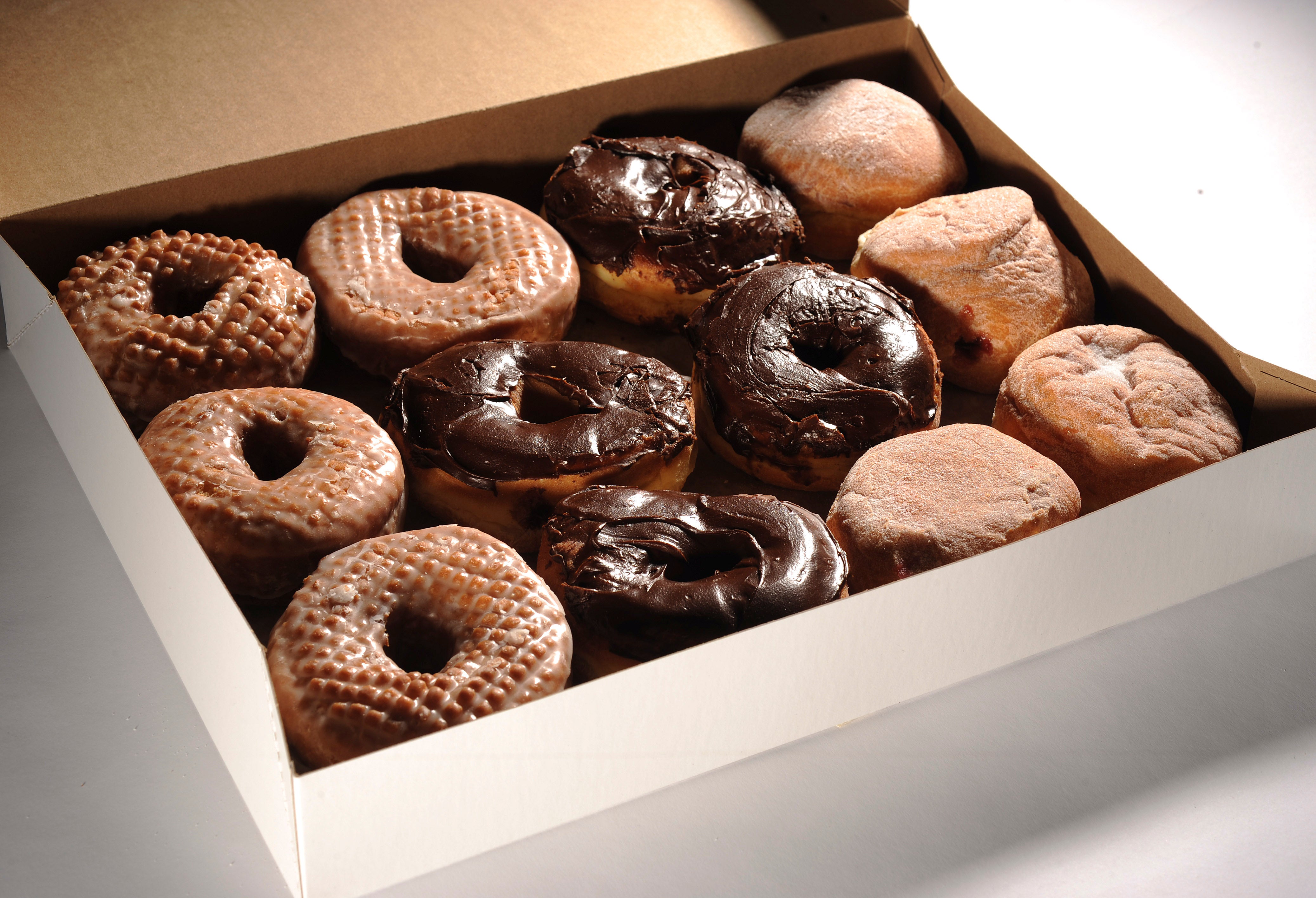 Kane’s Donuts will open a second location soon in Boston.

Misc.: The big question on this one: Are you a chain if you open a second location? 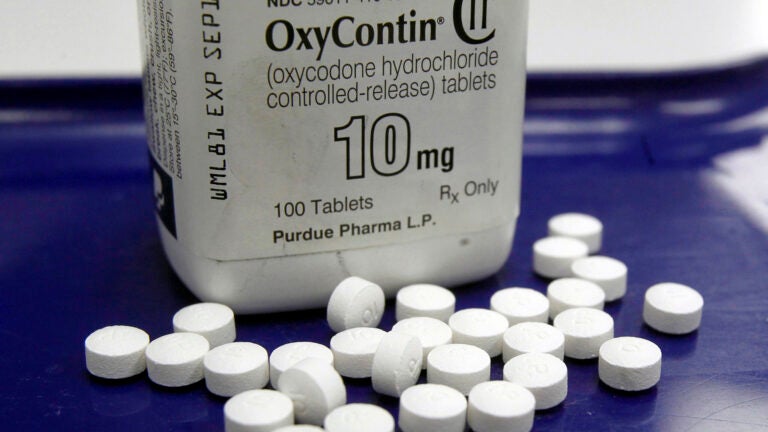