And the Cape Cod Canal churns on: Joe’s Lobster Mart in Sandwich has re-opened.

Joe’s shut down in November, more than a year after owner Joe Vaudo allegedly received stolen oysters from admitted shellfish thiefMichael Bryant. Vaudo, who has run the business for more than four decades, pled guilty to the offense, and later had his license to buy and sell seafood revoked by the Department of Public Health. In between, he lost his seat on the town’s planning board to a write-in candidate in a local election.

But now Joe’s has a new owner, in the form of general manager and longtime employee Scott Thayer, The Cape Cod Times reports.

Thayer told Boston.com that he received the necessary permitting paperwork from the state to begin operations on Monday, and he held a soft opening later in the day. The store opened for normal business hours at 8 a.m. Tuesday.

Thayer is subleasing the space from Vaudo, who himself leases from the U.S. Army Corps of Engineers. As the Times notes, that basically makes Vaudo Thayer’s landlord.

Vaudo has a legal case in front of Massachusetts Superior Court challenging the revocation of the license, but it’s unclear if the case will stay open. Vaudo’s attorney, John Kiernan, told Boston.com Tuesday that he did not know whether Vaudo would continue with the case because he had not yet spoken with him. Vaudo’s license was set to expire at the end of this year anyway, and DPH has previously said he would be able to reapply in the future.

Thayer’s new permit will also expire at the end of the month—they are given out on a year-by-year basis—and he will be required to reapply to operate in 2015, according to DPH.

Thayer declined to discuss details of his agreement with Vaudo.

While fighting the revocation of the license, Vaudo said the company does about $5 million in revenue per year, employing about 20 during its peak season, the summer. It employs less than half that figure during the offseason. 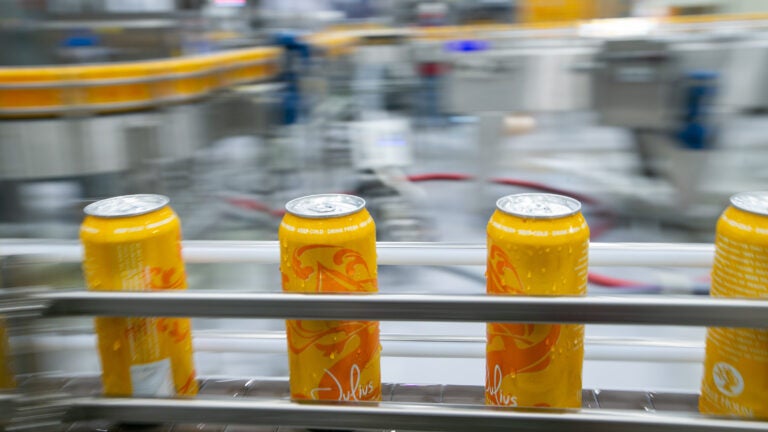