The new station, located adjacent to the Massachusetts Turnpike, is on the commuter line connecting Framingham and Worcester to South Station. It’s expected to open in the fall of 2016, two years later than originally planned.

New Balance is paying for the station. The sneaker company’s new headquarters will anchor the Boston Landing development and is well underway.

A special panel Gov. Charlie Baker convened earlier this year to study the state of the MBTA suggested that the agency put expansion plans on ice. But it also said projects like this one—which leverage private or federal money—should be exempt from any moratorium and should serve as an example of the type of construction the T should pursue “to stretch every dollar.’’

Boston Landing will also be the future home of the Boston Bruins’ practice facility.

Baker was on hand for Tuesday’s groundbreaking:

And here’s what the station is supposed to look like by the end of next year: 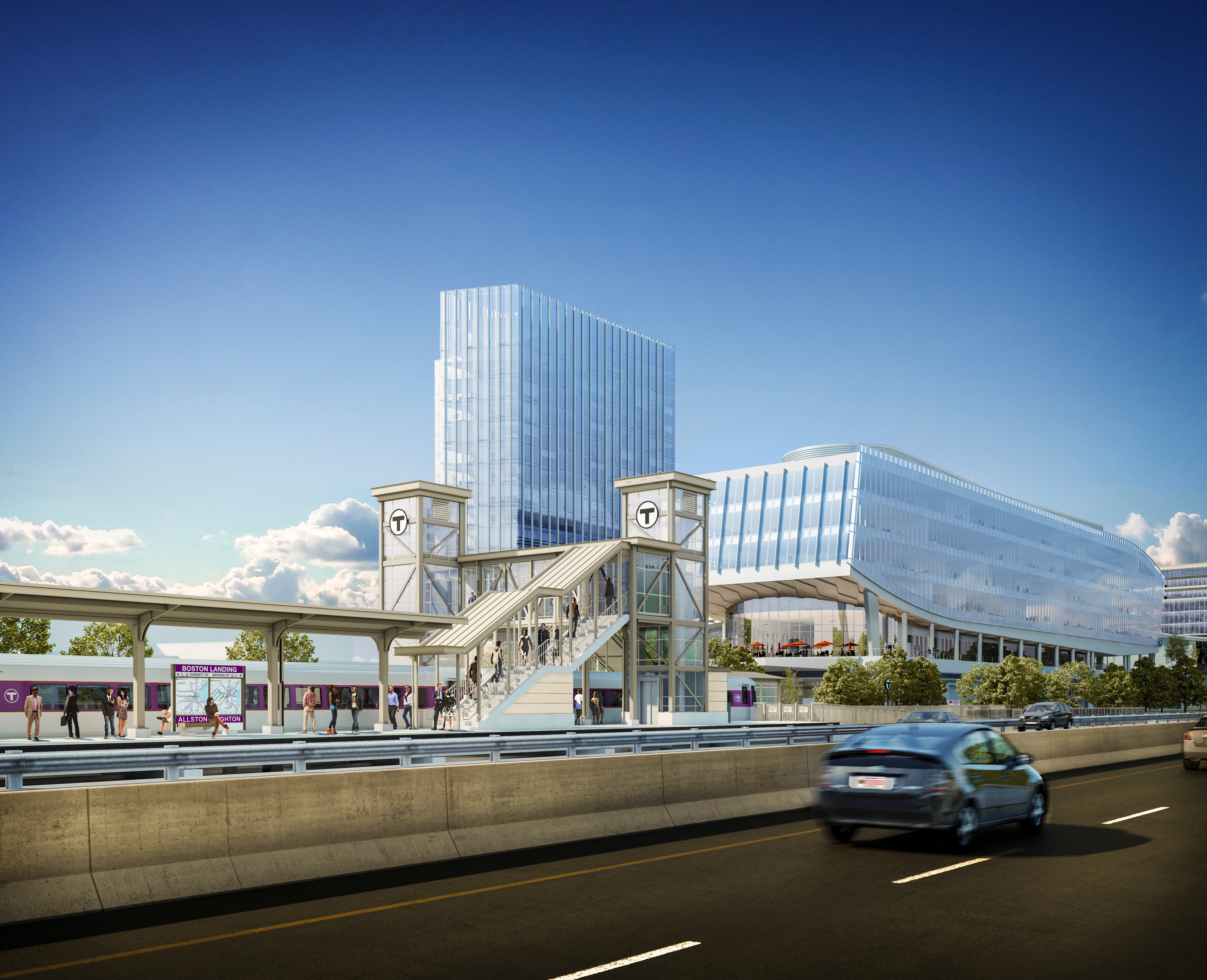 Fall 2021 TV preview: Premiere dates for all of the best new and returning shows