Olympic organizing committee Boston 2024 wants its centerpiece Olympic Stadium to be a temporary structure on the South Boston-South End border at Widett Circle that would be removed after the games ended.

But one alternative to that idea is to keep the stadium around after the games, converting it into a smaller soccer venue, most likely for the New England Revolution. The idea is seen in a few places in the bidding documents Boston 2024 submitted to the United States Olympic Committee last year, which were published in full by Boston magazine on Wednesday.

Boston 2024 had previously published a redacted version of its bidding documents in January. Those documents briefly mentioned the soccer stadium idea as an alternative to the temporary stadium plan.

The full, unredacted, and newly available plan has more details. It says “Option 2’’ for the stadium would involve “construction of a 60,000 seat Olympic Stadium…with a legacy use for professional soccer (23,000 seats).’’

Boston 2024 estimates that this would cost about $573 million, or $135 million more than the temporary stadium plan. It also estimated that converting the stadium post-Olympics would cost an additional $59 million. (For comparison’s sake, conversion of London’s Olympic Stadium into a soccer venue has cost closer to $300 million.)

The documents make it clear that the temporary stadium was the primary plan, but they also go to show that the soccer stadium idea was under some consideration. That’s of particular note because Robert Kraft, who owns the Revolution, has sought to build a stadium in the same neighborhood on a separate parcel owned by the city. The dual efforts to get both an Olympics Stadium and a soccer stadium within the same block have been described by The Boston Business Journal as a “chess match.’’

Boston.com reported earlier this month that the Krafts have met twice with city officials in the past six months to talk about the city-owned land, though it’s unclear where those discussions stand. The Revolution currently play their home games at Gillette Stadium.

Boston 2024’s stadium would be on land that is currently privately held. This property is adjacent to the city-owned land the Krafts have targeted, and it is the home of the meat and seafood wholesale cooperative, New Boston Food Market. That land would be cobbled together along with the city-owned land as well as nearby state-owned property, and part of the larger site would be developed in advance of the 2024 Olympics.

The unredacted documents obtained by Boston magazine show that Boston 2024 estimated land acquisition for the stadium would cost about $85 million. A spokesperson for New Boston Food Market told Boston.com that the co-op and Boston 2024 “have agreed to continue talking to avoid any surprises,’’ but declined to say whether the two sides have talked about a possible sale price.

The documents say land preparation would be paid for by issuing bonds, which would be backed by land lease payments and new tax revenue as a result of eventual development in the area.

This plan was alluded to, though less explicitly, in the version of the documents publicly released in January, as previously reported by Boston.com.

The bidding documents suggest a public authority would pay to acquire and develop the land, presumably through the bonds—a seeming contrast to repeated pledges by Boston 2024 that it would not require public funding.

Asked about the funding plan earlier this year, Boston 2024 spokesperson Kyle Sullivan told Boston.com: “The plan for Widett Circle will not be complete until we have extensive input from the community, support from stakeholders, a plan that is consistent with the future development goals of the City, and we work with the city and state to ensure the final plan is financially sound. In particular, Boston 2024 remains committed to a plan for building the stadium with private funds.’’ Building a stadium, it should be noted, is not the same as purchasing or preparing the land it would be located upon.

In January, Boston 2024 said it had redacted its bid because it thought publicly releasing cost estimates would weaken its negotiating power.

Boston 2024 has said repeatedly that the plans it submitted to the USOC last year were “proof of concept,’’ and many of the bidding documents are labeled as a “feasibility study.’’ The bidding committee has said it will put out new plans, called “Version 2.0,’’ to the public in late June. “Version 2.0’’ is expected to update on the original bidding documents, with a focus on the Olympic Stadium plan and the proposed Athletes’ Village in Dorchester. It is also expected to include a detailed financial analysis of the bid, the group has said.

In a statement Wednesday evening, Boston 2024 Vice President Erin Murphy stressed that the new plan is in the works, and again referred to last year’s documents as “proof of concept’’ that are subject to change.

“We stand by our commitment that the operations of the games and the building of venues will be privately funded,’’ she said. “Many elements contained in those preliminary documents have already changed and some will continue to change as the bid evolves. … This planning is progressing well and we’re on track to release the next phase of our games concept by June 30.’’ 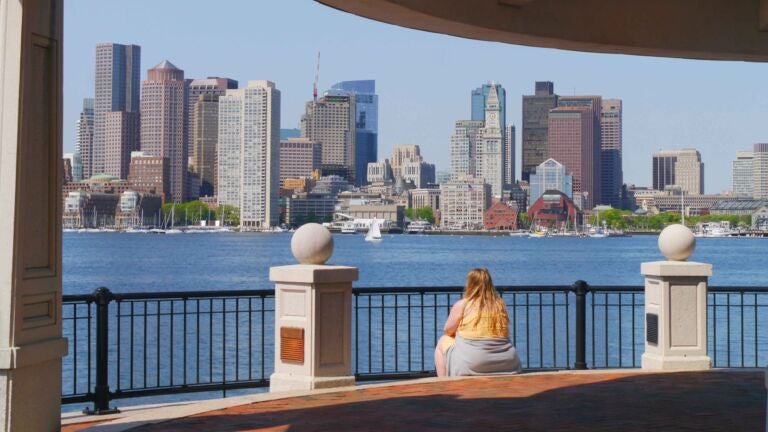