Business picked back up at Market Basket almost immediately after the end of last summer’s standoff.

For Tom Trainor, last summer wasn’t an easy one of beaches or barbecues. He was out of work. He spent long hours in crowded parking lots under the hot, hot sun. And he had to rely on his daughters to teach him how to learn to use Facebook on the fly, so he could use the social network to help organize one of the most unlikely employee and consumer revolts in recent memory.

But in retrospect, the Market Basket regional manager fondly remembers the six weeks in July and August, during which employees of a multi-billion dollar Tewksbury-based supermarket chain protested for an unusual cause: to save the job of their CEO.

“I think it was probably one of the best things that ever happened for the company,’’ Trainor said.

A year later, Trainor’s actions have been followed by the continued success of the company, under the direction of the leader he championed. New stores are up and running, operations are more efficient than ever, and, according to Market Basket officials, the company is having little trouble in paying back the debt it took on last year to settle a decades-long family rivalry and return the chain to normal.

After the company’s board of directors voted to fire CEO and part-owner Arthur T. Demoulas last summer, Trainor was among the top managers to rally the company’s employees, calling on them to “shut this company down.’’

The summer-long saga was without precedent. The non-union workforce took action at all levels of the company, led by upper and middle management. Employees at Market Basket headquarters and in the warehouses walked off the job, crippling the supply chain. Store employees stood outside to rally passersby to their cause, while plastering signage inside in support of Arthur T Demoulas. Company-wide rallies in Tewksbury drew thousands—by some estimates, more than 10,000.

Customers, called upon to boycott, brought their business elsewhere, returning to their local Market Baskets only to tape receipts from other grocers on store windows. And eventually, some vendors cut off their business with the chain, adding another voice to the choir demanding the return of Arthur T. Demoulas. Market Basket customers made clear that they would be shopping elsewhere until employees’ demands were met.

During the weeks of demonstration, business dropped by more than 90 percent and Market Basket lost more than $400 million.

Market Basket’s new management fired Trainor and seven other top leaders for their role in instigating the protests in mid-July. They were back at work after six weeks, late at night on August 27.

That’s when Arthur T. Demoulas reached a deal to buy the shares of the company from rival family members led by his similarly named cousin, Arthur S. Demoulas. It marked the climax of both the summer’s action and a long-time rivalry between the two cousins in the top ranks of the company.

The next day, employees and customers rushed back to stores to put things back together again. It looks like they’ve managed alright.

Market Basket has opened five new stores that had been delayed by the corporate infighting since Arthur T. returned to power. The company has plans to open three more. Market Basket is on pace to do nearly $5 billion in sales this year, according to company officials.

And the biggest fear of many observers—that the debt taken on to finance last summer’s sale would prove cumbersome, forcing Market Basket to jack up its renowned low prices or shirk on its lauded employee benefits—seems to have been misplaced. The grocer had famously never taken on debt prior to last year.

Its prices remain lower than its competition, according to independent studies (though they have grown year-over-year, according to another study), and the company has put hundreds of millions of dollars into retirement accounts and bonus checks since last year. What’s more, David McLean, Market Basket’s director of operations, said Market Basket is ahead of schedule on paying back the debt.

The company probably got a large PR boost from last summer’s hullabaloo, said Kevin Griffin, who publishes the Griffin Report of Food Marketing. By generating headlines across the country, and appearing in the local news night after night, Market Basket also generated interest from new shoppers to add to its loyal existing customer base.

McLean agreed with that analysis. “My god, look at the customer numbers,’’ he remembered thinking after Arthur T. returned to power. But it wasn’t just new business that helped the company weather the financial storm of lost business and new debt. It has found other ways to manage new costs without reneging on its low-price-solid-pay model, McLean said.

Market Basket has always been run efficiently. A long history of promoting from within and developing employee loyalty has helped it keep low management overhead, with most senior employees having begun their careers as bag boys and sticking with the company for decades.

Still, the 75-store chain is finding more ways to cut costs since last August. McLean and Trainor rattled off some of the shortcuts they’ve found: LED lighting, making sure to fully pack delivery trucks, tighter negotiating stances with vendors, two-sided printing, offering customers recycled boxes at checkout rather than bags. These sorts of things add up.

McLean also credited the current financial environment, and its low interest rates, with making the company’s first foray with debt easier to handle.

Beyond its concrete expansion plans, Market Basket is keeping its eyes peeled for other new store opportunities. Trainor said that since employee loyalty is central to the chain’s business model, growth is important because it can allow employees new opportunities like management roles. 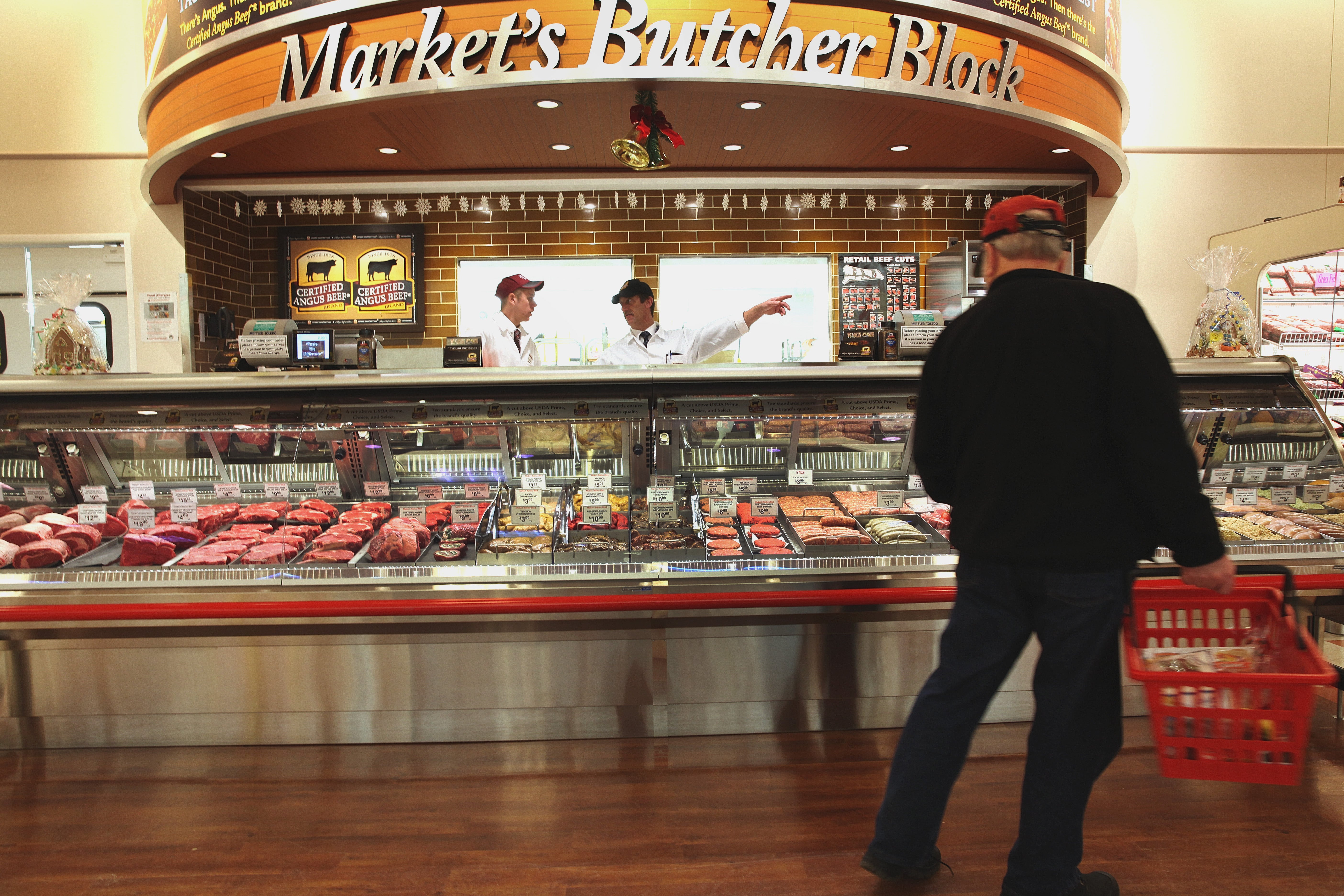 Market Basket’s Waltham store is one of five to have opened since last August.

Market Basket’s performance under its new circumstances is obviously a positive for the company. But that’s not why Trainor calls it one of the best things to ever happen in its nearly 100-year history. So why does he call it that?

“The cloud of the other side of the family,’’ he said. “Hanging over us for 20 years. That was always on the back of everybody’s mind. And now that’s gone.’’

Before it garnered international headlines last summer, Market Basket’s reputation as a discount grocer with loyal, long-term employees was well established in northern New England. So was its lurid legal and familial history, with ownership split between the two rival Demoulas factions.

Arthur S. Demoulas is commonly seen as the villain in the Market Basket conflict, but his side of the family had some cause for its feud with Arthur T.’s side. A legal battle in the 1990s, which included Arthur T. phsyically striking Arthur S. in the courtroom, found in favor of the Arthur S. side. The rulings: that Arthur T.’s father, Mike, defrauded Arthur S.’s side of the family out of nearly all their shares after Arthur S.’s father died in the 1970s.

The 2014 Market Basket saga in pictures:

Arthur S.’s side was given a slim majority of the company’s shares, though due to inter-family dynamics, he didn’t solidify control until 2013. All the while, Arthur T. made business deals with family members and companies he had personal relationships with. Market Basket brought in a retired judge who found the deals were generally ethically acceptable, but they certainly rubbed Arthur S. and crowd the wrong way.

While Arthur S. may have had reason for his grocery beef, he did not have the support of Market Basket’s constituents. Arthur T. had long emphasized a focus on employees. “Without them this place goes down the tubes quicker than you can say hi-ho,’’ he told the company’s board in 2009 while defending a bonus plan.

Employees believed Arthur S. would seek to make the company more profitable to shareholders, either by selling it or changing its strategy. There’s evidence that they were correct. Shortly after gaining control of the company, Arthur S. led a charge to distribute hundreds of millions to shareholders. Well before that, transcripts leaked to The Boston Globe showed, Arthur S. voted against a 2009 company contribution to the treasured employee profit-sharing program. And Boston.com exclusively reported last year that Arthur S. had engaged with a private equity firm in 2011 about a sale of the company if he could gain control of it.

We never really got to see what Arthur S.’s side would have done with full control. By the time Arthur T. was fired last summer, he had wide backing from employees and customers alike. They spent July and August sending their beloved grocer into a nosedive until Arthur T. bought it out at market value. (Arthur S. and his side were hardly losers, having walked away with more than $1.5 billion.) 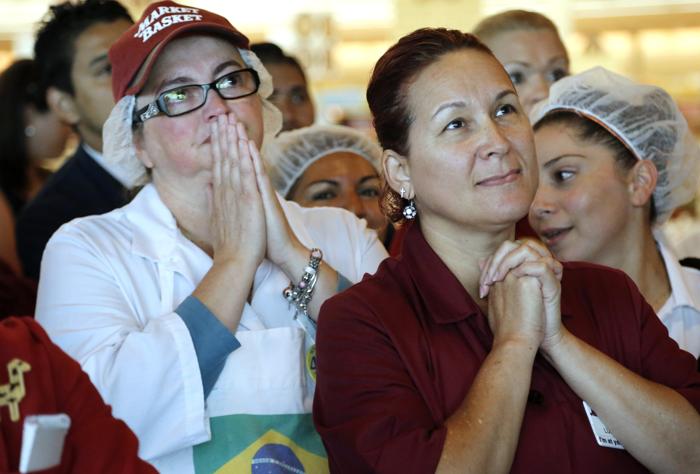 Store employees watched on television as Arthur T. addressed the company the day after he struck a deal to buy Market Basket, ending the weeks-long standoff.

There were casualties after last summer’s drama reached its conclusion.

Two company leaders who refused to walk out on new management—a third Demoulas cousin, Jack Demoulas, and human resources official Stephanie Messina—left the business in the months after Arthur T. returned to power.

Tim Malley, whose seafood company at the time (he has since retired) cut off relations with the new management last August, said he heard through the grapevine that at least one vendor who kept working with Market Basket throughout the summer is no longer doing business with the company. He declined to identify the vendor. Trainor characterized these scenarios as the normal course of business.

The company also established a new board of directors after the deal closed in December. Keith Cowan, the chairman of the board that fired Arthur T. and later worked with the dueling cousins to strike a deal, declined to speak for this article unless, he said in an email, the story was about “how a nearly thirty year old shareholder dispute was carefully managed by the first-ever independent members of the board.’’ Many business experts told the Globe last summer that they felt the board handled the situation quite poorly.

Arthur T. Demoulas declined to speak for this article, and Arthur S. Demoulas could not be reached for comment.

A year after the two sides of the Demoulas family reached a deal, Market Basket has become the subject of a book, a documentary, business school case studies, and the stump speech of the frontrunning Democratic presidential candidate. As Market Basket’s story develops into legend, though, those who wrote it are keeping their eyes on the reason they did so: the future of the company.

They point to Market Basket’s success since last summer as evidence.

“Yeah, it’ll be a hell of a story to tell my grandkids,’’ said Trainor. “But that’s not the reason we did it.’’ 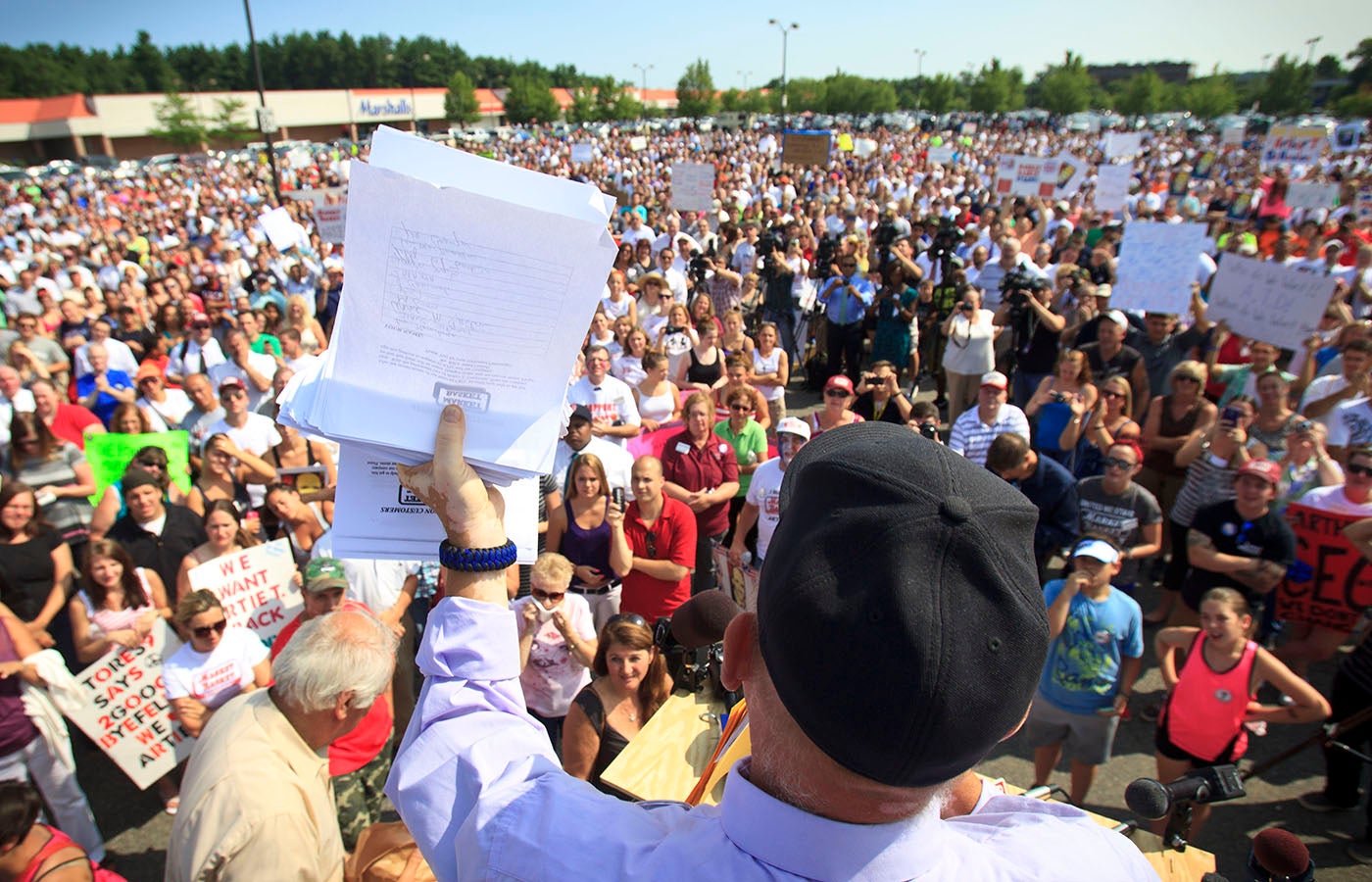 Market Basket facilities supervisor Steve Paulenka holds a petition demanding the return of Arthur T. Demoulas, signed by thousands, in front of a massive Tewksbury rally in support of the then-ousted CEO. 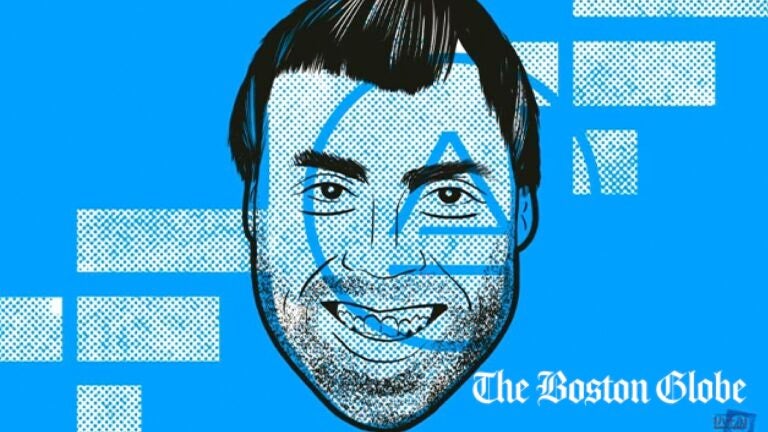