Amid rising tension between Boston’s cab companies and app-based ride-hailing services, like Uber and Lyft, a new provider is stepping into the game.

Fasten is a ride-hailing app that launched exclusively in Boston in September. It works a lot like its competitors — hail a driver and pay with your credit card all within the app. The difference, according to its creators, is the price: It’s cheaper for riders (see prices at Fasten, Uber, and Lyft) and allows drivers to take a bigger cut of the profit.

“We have experience working in this market,’’ said Kirill Evdakov, the CEO of Fasten. “We knew how to do it better — better for drivers, better for riders.’’

Evdakov is from Russia, where all taxi services are unregulated and work more like ride-hailing, he said. He’s worked in the industry for a few years and believes he and the other creators of Fasten have mapped out the best policies and business model for ride-hailing, creating a service that is supposed to make them, the middle man, as invisible as possible.

He recently came to Boston to set up shop, hoping to take advantage of what he sees as a large market for these types of apps.

Uber and Lyft, both based in San Francisco, have dominated Boston’s market for the last few years, offering alternatives to cab rides. These services split the profit from the ride with the driver. For Uber, the company now takes 25 percent, and for Lyft, it’s a 20 percent fee. Fasten has a different model: They charge a flat rate of $0.99 to the driver to arrange the ride, but then the driver keeps the rest of the fare, allowing him or her to earn more per ride while the passenger can pay less.

“Riders want to pay less, drivers want to make more, and they’re always at odds,’’ said Vlad Christoff, Fasten’s COO. “You drop rates, drivers are getting mad. You raise prices or you’re surging, drivers are happy but riders hate it. If you can keep both sides happy, the market grows in the right direction.’’

Fasten isn’t implementing a surge charge, the fee sometimes added onto other ride-hailing services during peak hours. Surge pricing is meant to tempt drivers to work during these times as demand soars, offering a larger commission, but also increasing the earnings of the company.

“If you’re surge charged, you don’t have any choice,’’ said Evdakov. “You just have to do it. The problem is that in this case, you can’t rely on ride-hailing as the major way to get around.’’

However, users can opt into paying more. For those in a hurry, they can use Fasten’s boost option: a charge that will pay drivers more to pick the user up before others who want to pay the regular fare.

Fasten is hitting the road right as tensions between cabbies and ride-hailing services are peaking. Following protests from Boston cab drivers who say ride-hailing is hurting their business and is both dangerous and unregulated, several bills are working their way through the state legislature that would govern ride-hailing services. While the future of such services is murky, Fasten isn’t worried about potential regulations or costs.

“The tide, we believe, has turned,’’ said Christoff. “The consumers have voted with their wallets. It’s investors who purchased these medallions that are now putting up a fight. Drivers are the good guys. Yes, they’re picketing because they’re between a rock and a hard place, but ultimately that’s not the problem.’’ 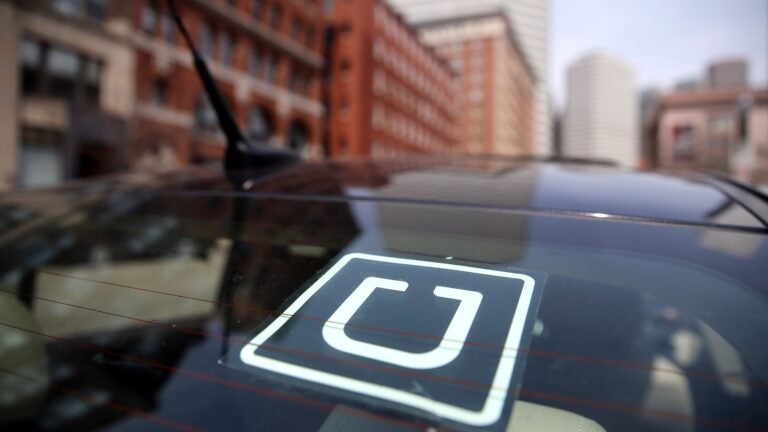 'Basically trying to play a dirty trick on the voters'