If Wynn Resorts and Somerville Mayor Joe Curtatone ever reach an agreement to end their rivalry, a footbridge crossing the Mystic River to connect Somerville with the Everett casino site might serve as a fitting symbol of peace.

But for now, with Somerville challenging Wynn’s plan to build the $1.7 billion gambling resort on environmental grounds, and the Wynn project “effectively on hold’’ during the appeal, the footbridge idea instead serves as a symbol of Curtatone’s strident opposition to the project.

The concept of a casino-inspired footbridge was broached over the summer, when Wynn said in an environmental filing that it would fund a state study about its feasibility. The bridge could connect Assembly Row, the massive mixed-use development on the city’s northeast border that has a T station, with Everett’s Gateway Center, a car-centric shopping center next to the casino site.

Curtatone has long supported the idea of a footbridge connecting the two cities. But his position has shifted some in light of the Wynn proposal.

In an August statement to Boston.com, he continued to criticize the casino, but suggested support for the bridge.

“The city in general supports analyzing how to increase mobility, especially biking and walking to alleviate congestion, but that in of itself cannot be seen as a panacea to solving the impacts the Wynn project will have on regional traffic congestion,’’ Curtatone said. “When it comes to extending … bike/walk options for the region, these are things we should be doing anyway and it should not take a bad economic model like expanded gambling to get us to catch up with the rest of the world.’’

But Curtatone sang a different tune when he spoke to The Boston Globe in November.

“A footbridge would benefit Steve Wynn and Steve Wynn only,’’ he told the Globe. “Wynn is looking to tap into the success of Assembly Row to get more people to his craps table.’’

Curtatone spokeswoman Denise Taylor acknowledged Wednesday that the mayor has “long been interested in linking the bike and walking path networks on both sides of the Mystic River.’’ But the casino makes the idea “problematic,’’ she said. Traffic and its resulting pollution from the casino are at the center of Curtatone’s challenge of the casino, and Taylor suggested a footbridge to the casino could make traffic in Somerville worse.

“We risk Assembly Row being turned into overflow parking for the casino, pulling even more casino traffic through our roadways and exposing Assembly Row businesses to the well-documented adverse effects that casinos have been shown to have on nearby businesses. .. If casino patrons can avoid that traffic by parking in Assembly and crossing a footbridge, all indicators are that they will,’’ Taylor said in an email.

Wynn has said that connecting the site with Assembly Square’s Orange Line station would result in better public transit access to the casino. 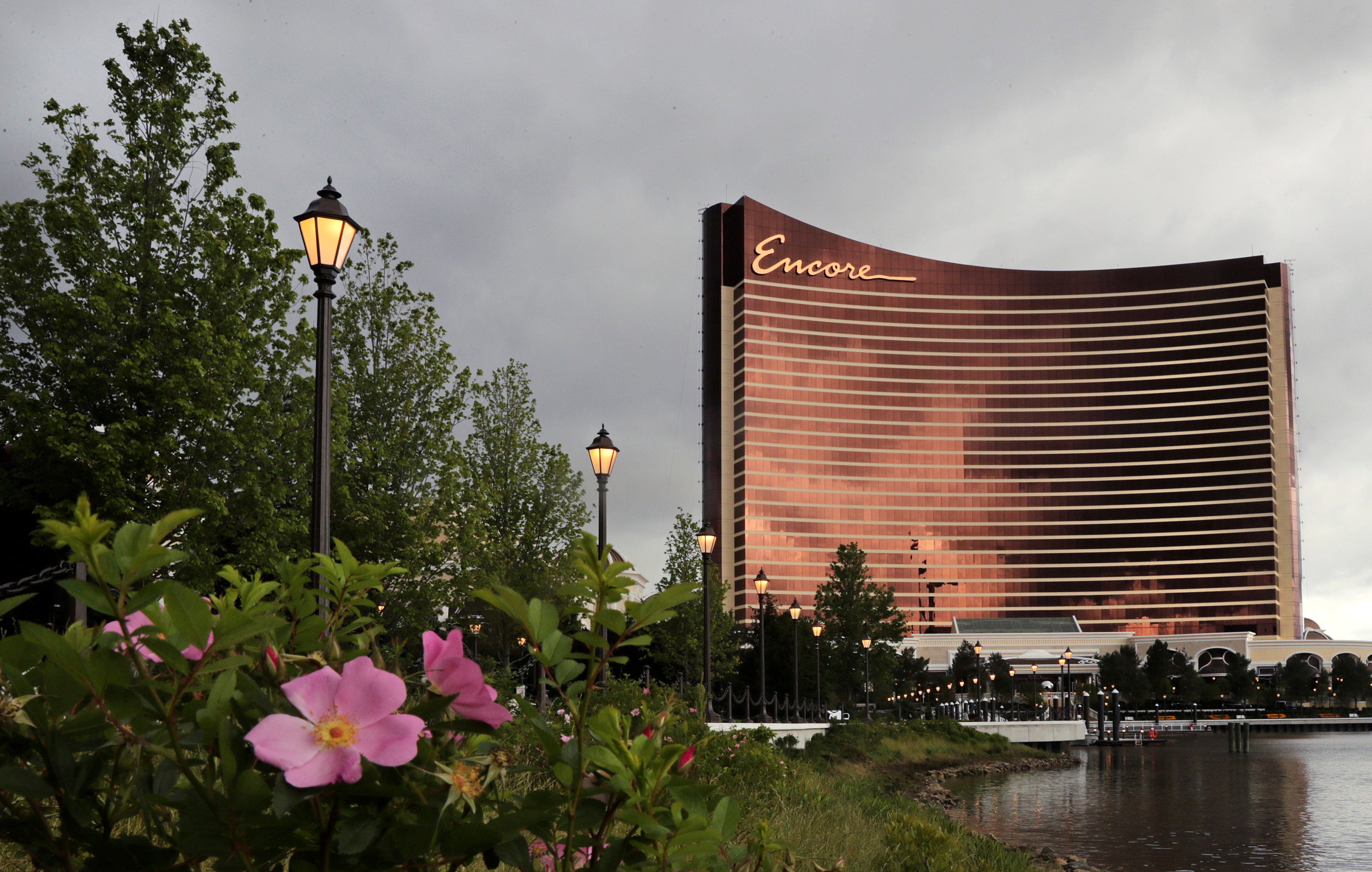 Encore Boston Harbor’s opening could just be the beginning