NEW YORK (AP) — Forget about slipping out of your shoes because of loose laces or feeling pressure from too-tight tying when doing those sprints.

Nike Inc. has unveiled its first power-lacing sneaker — it allows users to make the fit looser or snugger on the fly by pressing buttons on the side of the shoe.

The world’s largest sportswear brand, based in Beaverton, Oregon, unveiled the sneaker along with a host of other innovations Wednesday at a media event in New York.

The innovations come as Nike is digging deeper into personalized products and services, while focusing on reaching a goal of posting $50 billion in annual revenue by the end of its fiscal 2020 year. It reported $30.6 billion in revenue for its latest fiscal year that ended in May.

Other innovations Nike highlighted include ‘‘anti-clog traction,’’ which uses technology that prevents mud from sticking to the soles of soccer cleats. 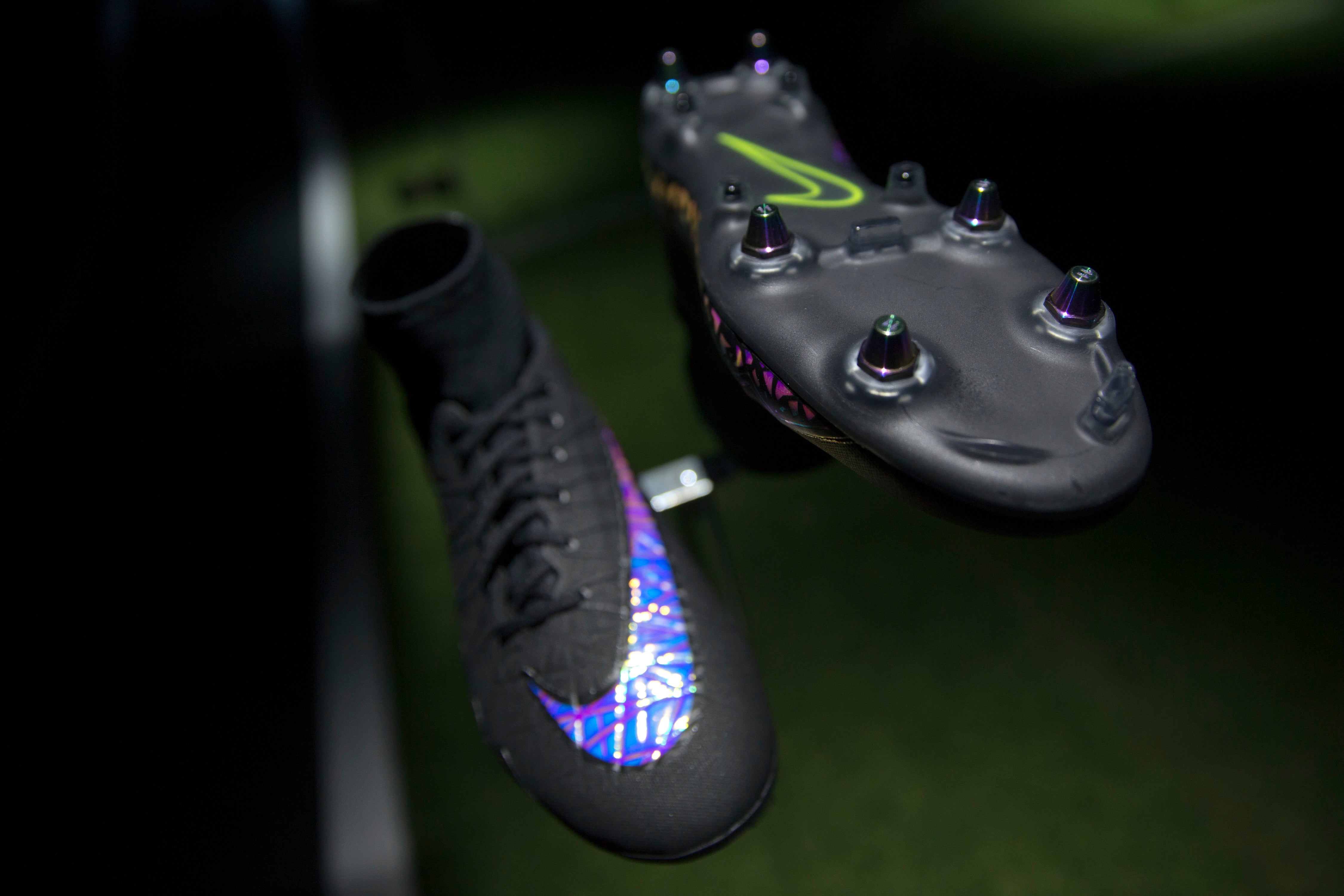 The Nike Anti-Clog Traction is displayed during a news conference Wednesday in New York.

Nike also unveiled a new Nike Plus app, an all-access pass for athletes. The app, available in June, connects to its suite of apps that include running and training aids and provides access to Nike experts.

Nike says that the potential for shoes with adaptive lacing is huge because it provides tailored-to-the-moment custom fit.

When users step into the shoe, their heel will hit a sensor. The athlete then can press two buttons on the side that adjust the grip. But Nike says that in the future, it won’t be manual. The sensor could sense when the user needs to have the shoe tighter or looser.

The self-lacing sneaker, which is called ‘‘Nike HyperAdapt 1.0,’’ will be out starting the holiday season and will only be available for members of its loyalty Nike+ app. It will be available in three colors. The price was not revealed. 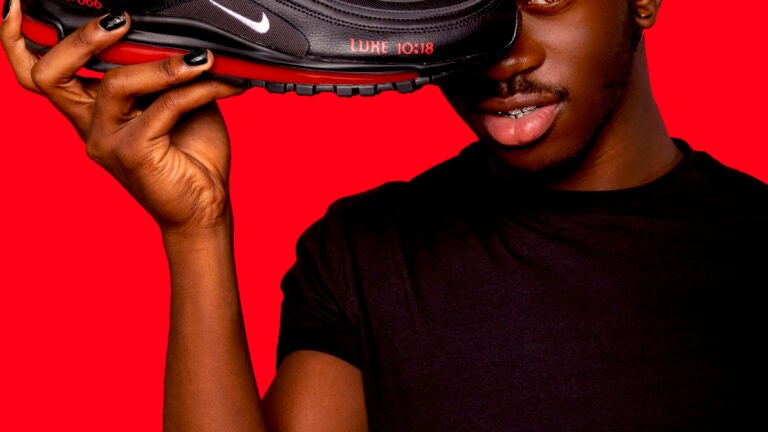