If and when Wynn Resorts’ gambling haven rises above the Mystic River in Everett, patrons will enter through a luxurious lobby with an elaborate floral arrangement and two curved escalators leading to the second floor.

And as its centerpiece, watching over the lobby from its perch front of the escalators, will be a big, shiny sculpture of Popeye the Sailor Man.

“If you ask me, in a whimsical kind of way, he’s a great connection to the water for us,” said Bob DeSalvio, president of Wynn Boston Harbor, who is leading the contentious effort to open the waterfront resort casino.

This particular Popeye, currently on display in Las Vegas, was crafted by the world-famous sculptor Jeff Koons and purchased at auction by casino mogul Steve Wynn in 2014 for a cool $28 million. Shortly after his namesake company was awarded the Greater Boston area’s only casino license in late 2014, Wynn made it clear that Popeye would become an Everett attraction. 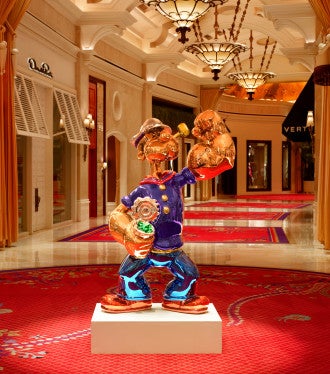 Popeye on display in Vegas.

“He purchased this back in May of 2014, knowing full well he wanted Popeye’s home to be in Everett,” said DeSalvio. “It was purchased for a reason.”

Movers will want to eat their spinach when the time comes. The gleaming, mirror-polished stainless steel sculpture stands six-foot-five and tips the scales at over 2,000 pounds.

According to a 2015 Las Vegas Sun report, Wynn stood steadfast with his plan to bring Popeye to Massachusetts when he turned down a $60 million offer for the statue. DeSalvio could not confirm or deny that report, but said, “Any Jeff Koons piece would be very valuable in the art community.”

DeSalvio said Wynn is a big fan of Koons’s work. Another Koons sculpture, Tulips, is on display at Wynn Las Vegas. According to Wynn spokesman Greg John, Tulips is on the move as well, as the company will send it to Wynn Palace, its upcoming second resort in China’s gambling-heavy district of Macau, this year.

Wynn’s affinity for the arts in general is well-publicized. He has amassed works from icons including Monet, Rembrandt and Picasso.

The work associated with those legends contrasts with the three-dimensional display of a cartoon character. But DeSalvio said he doesn’t consider the Popeye statue to be overly kitsch.

“Yes, Popeye is a cartoon that was created in the ‘30s,” he said. “It is a little whimsical. But the piece is just incredibly gorgeous. I think it’s really important. It fits well with the lobby design and what we wanted for the entrance design.”

“I don’t think all art has to be serious,” he added. “This is fun. This is just a great piece.”

DeSalvio said the casino will likely feature other high-profile artwork. In response to a Boston Globe column last week questioning whether Wynn would contribute philanthropically to Boston’s art scene, DeSalvio also said he expects the company will eventually, but there are no concrete plans yet. 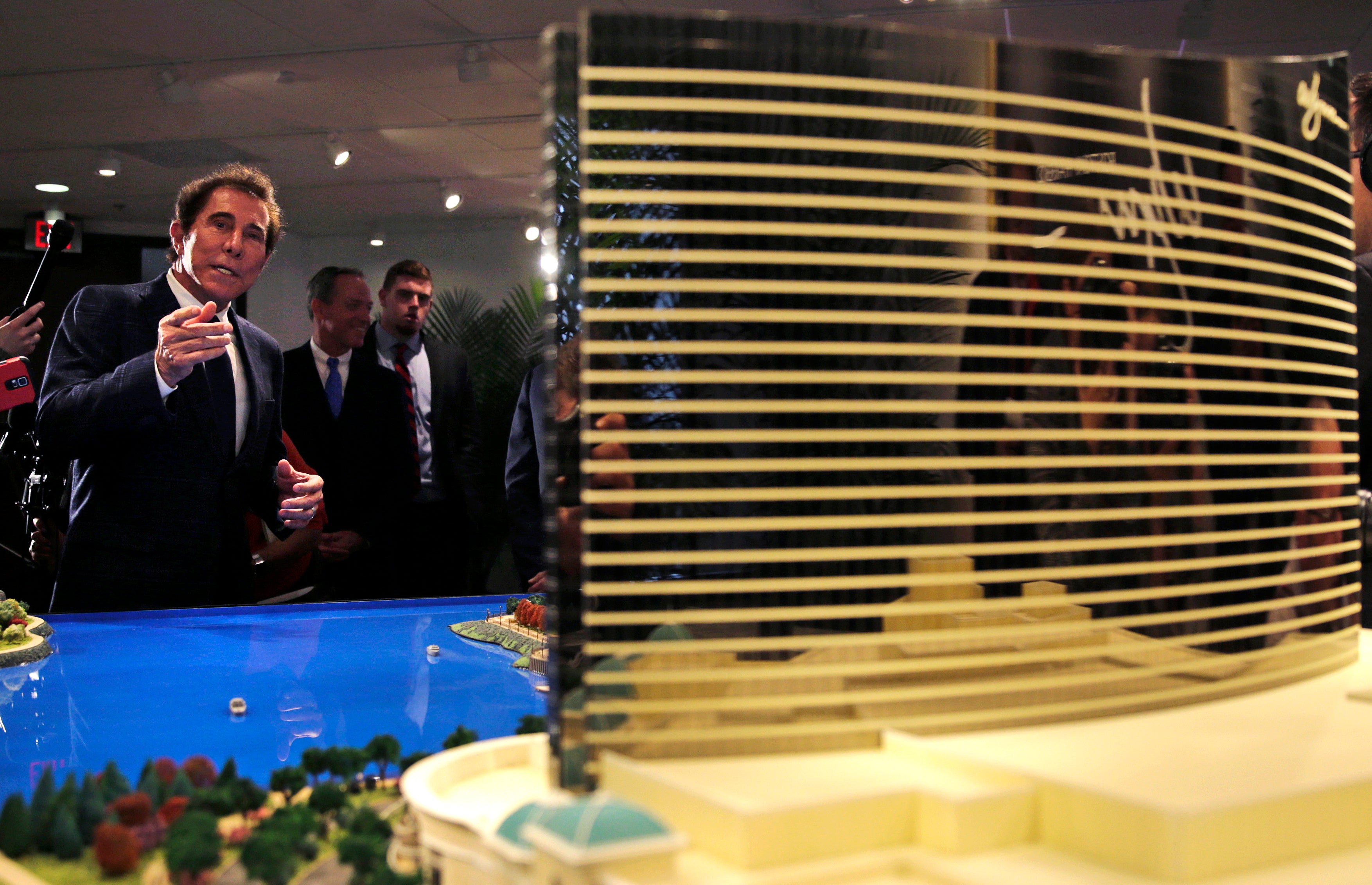