Uber hasn’t been shy about criticizing a bill passed in March by the Massachusetts House that would govern the ride-for-hire company and its competitors like Lyft and Fasten. Some of Uber’s concerns — such as bans from operating at Logan Airport and the Massachusetts Convention Center — have received significant media attention.

But, according to the state representative who led the drafting of the bill, those provisions are not Uber’s biggest problem with the proposed law.

Instead, Rep. Aaron Michlewitz said, the company pushed back the most against a part of the law that would require all drivers to be certified and approved by the state.

“That’s the one they came at us pretty hard about,” Michlewitz said.

The resistance to the measure reveals a central question: If transportation network companies like Uber and Lyft are going to be regulated, should it fall to the state or the companies to approve the drivers?

The proposed process in Massachusetts would require all drivers to gain a state-issued certificate before picking up riders through the apps. The approval would include a state-run background check of past driving and criminal records, which would be completed in addition to the background checks already conducted by the companies.

That differs from laws governing Uber and Lyft in other states, which the companies have generally supported. There, the companies are essentially entrusted to adhere to the states’ background check requirements and other driver standards.

“You should regulate the platform, and we will ensure that all the people who are accessing the platform are compliant with that,” Taylor said.

But Michlewitz said the state should have a stronger say in driver approval, and that companies should not be left to enforce regulations meant to oversee their own drivers.

“We don’t oppose that background check at all,” he said.

But Uber would prefer to give driver information to the state, rather than send drivers independently through the process, Taylor said.

Last year, Uber and Lyft supported a bill filed by Gov. Charlie Baker that would have done just that, requiring a state-run check, but allowing the companies — rather than drivers — to submit drivers’ personal information.

Taylor said most Uber drivers work less than 10 hours per week, so adding more steps to the hiring process would make them less likely to take additional action for the sake of a part-time gig. If that theory held true, it would have business implications: Fewer drivers on the road would lead to longer waits for riders, making the push-of-a-button service less on-demand.

The opposition to the provision fits with Uber’s general approach to regulations, said Harry Campbell, an industry expert from California who blogs as The Rideshare Guy.

“That’s kind of the thing Uber wants to avoid — the onus being on drivers to have to deal with any sort of government body,” Campbell said.

Uber fights most government measures that require drivers to take any steps beyond entering their personal information online and, once approved by the company, getting on the road to pick up drivers.

For example, the company has stood against fingerprint-based background checks (which are not part of the House bill) across the country largely for that reason: It would require an in-person trip to a fingerprinting facility, adding a task to drivers’ to-do lists before they got behind the wheel.

Taylor said the same principle is at play with the driver certifications, as he assumes drivers would need to go to a physical location to get certified.

“It’s about the certificate process and the fact that it puts up a lot of barriers and makes it a lot more difficult for a driver to get on the road,” Taylor said.

However, the legislation does not specifically say that the certification would require an in-person visit. Michlewitz said it would be up to the Department of Public Utilities, which would oversee the industry, to decide some of the specifics of the certification process, including whether it would require an in-person visit or if it could be done online.

Taylor would not say whether the company would be more supportive of the process if it were digital. But he repeated his position that “regulating the TNC entity and not the individual driver … is the best approach to the industry.”

A group of state senators is working on its own version of a ride-hailing bill. Sen. Jamie Eldridge said in April that the bill would be unveiled this spring. If the bills differ, the House and Senate would have until mid-summer to attempt to reach a compromise before the two-year legislative session ends. 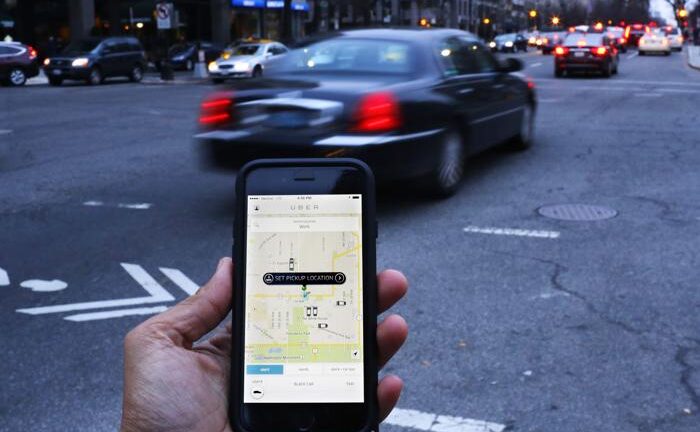