CONCORD, N.H. (AP) — With nearly 20 vacant stores and a food court that has been reduced to a lone Dunkin’ Donuts, the Steeplegate Mall is in desperate need of a makeover.

Bustling strip malls that surround it and a refurbished downtown in Concord have siphoned away customers, leaving the 26-year-old complex looking like a ghost town on many days. The few shoppers who remain can point to the spots that once housed Abercrombie & Fitch, American Eagle and Old Navy — found these days at a glitzy mall down the road in Manchester.

The mall’s slow decline has left it the hands of a consortium of banks, which are keen to find a buyer and willing to reconsider what it means to be a mall. Rather than high-end retailers, they recently attracted two tenants that would seem more at home at a carnival than a shopping mall: a children’s amusement center and a theater that offers magic shows and burlesque dancers. 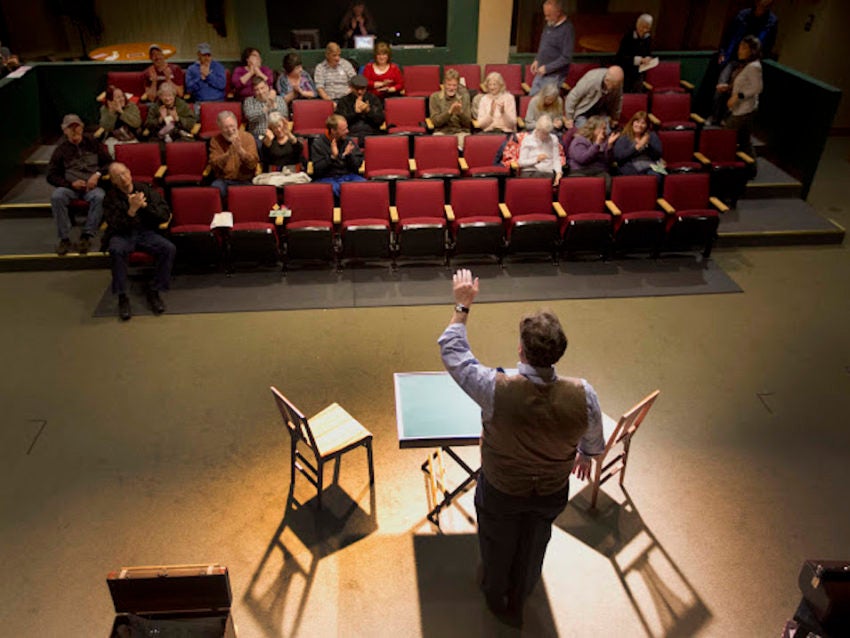 Magician Andrew Pinard waves to his crowd after his performance at the Hatbox Theater, which took over the location of a closed clothing store at the Steeplegate Mall.

The move is part of a nationwide trend by older malls to reinvent themselves — either by spending millions of dollars on extensive renovations or knocking down buildings and starting over. Increasingly, malls across the U.S. are looking to expand beyond traditional retail outlets.

“One of the things the public is craving are live experiences, so doing theater in a mall is a natural transition,” said Andrew Pinard, one of the founders of the theater and a professional magician.

Pinard also considered abandoned schools, strip malls and some sites downtown before settling on the mall.

“We have a great big space that is already suited for our needs,” he said. “I think there are other people at malls all around the United States looking to say, ‘How can we use these spaces in creative ways?'”

Scores of traditional malls have lost their anchor department stores partly due to intense competition from big-box retailers, outlet centers and online shopping. Many have undergone multimillion-dollar facelifts that added libraries, condos and apartment units, health care facilities and, more than anything else, entertainment. They hope to woo back families, millennial and tech-savvy youngsters who once treated the mall as a second home.

The Burlington Town Center Mall in Vermont is proposing a $200 million renovation that will add 200 units of housing and space for the University of Vermont Medical Center alongside its shops. Westfield Century City in Los Angeles plans an expansion that includes a three-level Nordstrom, an outdoor dining plaza with walkways as well as an Eataly, a popular Italian food emporium currently not on the West Coast.

Moorestown Mall in New Jersey, meanwhile, transformed itself a few years back after voters overturned more than a century-old ban on liquor sales in the southern New Jersey township. It added several high-profile restaurants including one run by Iron Chef and restaurateur Jose Garces and opened a state-of-the art movie theater. 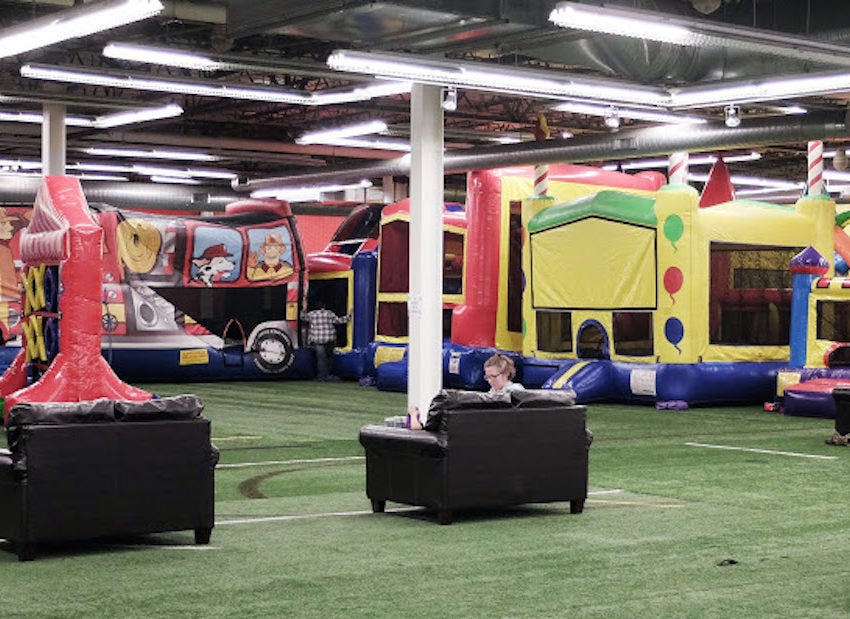 A bounce house game room is seen where an Old Navy store was once located at the Steeplegate Mall.

“Shopping centers and the physical retail experience is becoming much more experiential,” said Tom McGee, president and CEO of the International Council of Shopping Centers. “People want to have experiences when they go out. They want to experience restaurants. They want movie theaters. They want that kind of all-in aspect. They want the aesthetics and the look to be something that is engaging and appealing to them.”

But with the success of Moorestown and Westfield, there are others, like Steeplegate, that remain a work in progress — or worse, doomed to failure.

Nick Egelanian, president of Siteworks Retail, a strategic retail real estate consulting firm, said there are about 1,000 traditional malls in the United States — down from 3,000 — and two-thirds of those eventually will close.

Over at Steeplegate, where pop music wafts through empty hallways and a fleet of massage chairs wait for tired shoppers, visitors said they doubt the shift toward entertainment will bring back the crowds. While most expected the mall to limp along, they felt it would never again reclaim its crown as the retail center of central New Hampshire.

“I hope there is hope in this mall in the future. But, unfortunately, you need consumers,” said Lori Savoy, a 42-year-old Concord resident who was shopping with her sister for Mother’s Day. “We are here for one store. We are not here shopping for us. If we have to somewhere, we typically go to Manchester.” 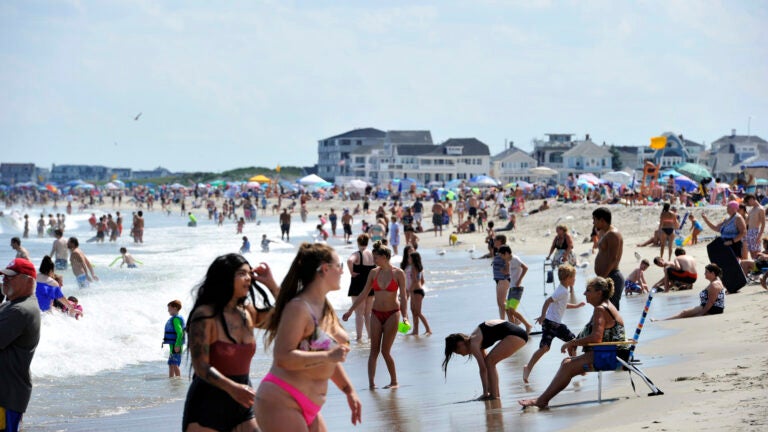