The city of Boston is making a play through the legislature to get Uber to share more specific data about the trips its drivers provide, after saying information the ride-for-hire service currently provides is not achieving its stated purpose.

In January 2015, to much celebration, Uber agreed to share data with the city to assist Boston’s planning and traffic analysis efforts. Under the terms of the agreement, Uber provided the city with information about every trip inside city limits. To protect passengers’ identities, the data did not provide specific drop-off and pick-up locations, instead listing the trips’ origins and endpoints based on zip codes and neighborhoods.

But the deal has not worked out as hoped so far. Earlier this month, a Boston.com public records request showed that the city had found little use for the data for planning purposes. The city’s chief information office, Jascha Franklin-Hodge, said the zip code-based location information was mostly why: It is too broad to draw meaningful conclusions.  Franklin-Hodge said the city was hopeful Uber would eventually offer more useful data based on smaller, more geographically specific pick-up and drop-off areas.

In the meantime, however, the city is apparently trying to force the issue as the state Senate prepares to debate a bill Wednesday that would govern Uber and its competitors like Lyft.

On Monday, state Sen. Michael Rush of West Roxbury filed an amendment to the bill with the support of Boston Mayor Marty Walsh that would require Uber and other ride-hail companies to give the city ride data based on much smaller geographic areas. Walsh previously suggested last week that his administration would work with Boston’s senators to pitch amendments that would give the city more control over the industry.

In a statement, Walsh said he was hopeful the amendment “would help the City achieve traffic safety goals through data-informed transportation policy and planning with the help of information gathered by [transportation network companies].”

Rather than basing pick-up and drop-off information on the city’s zip code tabulation areas, Uber would need to use “traffic analysis zones,” a term commonly used by city planners. While the term does not have a set definition, and the amendment does not specifically describe the term, there are nearly 450 such zones in the city of Boston, according to data on the Boston Region Metropolitan Planning Organization’s website. That dwarfs the more-than-30 zip code areas in the city, at least in theory offering far greater insight into traffic patterns.

“It would give more detail and would [make] sure that the data that is shared is helpful to the city for specific transportation planning,” said Walsh spokeswoman Bonnie McGilpin.

When Boston officials negotiated the Uber data deal in 2015, emails show that Franklin-Hodge asked for more granular data than Uber was willing to provide. Uber officials said no, because it would “risk exposing personal data at a level we can’t agree to.”

The amendment says the companies would not be required to hand over rider and driver information. The data would be “aggregated by zone and hour,” meaning the city would see how many rides occur between different zones at different times.

The amendment would only apply to Massachusetts cities with more than 250,000 residents — in other words, Boston alone. It would additionally require the ride-hail companies to pay Boston a 25-cent-per-ride fee, as opposed to a 10-cent-per-ride fee that the bill would require statewide over a five-year period.

Uber declined to comment on the proposed amendment. Rush’s office did not respond to a request for comment. 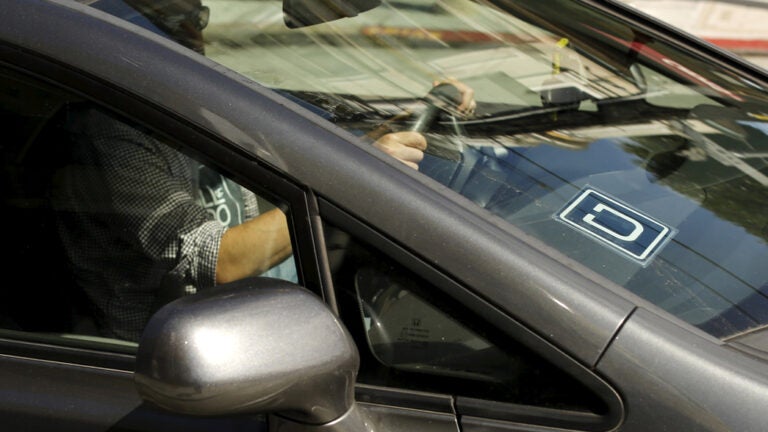