The Massachusetts House and Senate have each passed bills that would regulate ride-hail companies like Uber and Lyft. The two chambers have about a month to iron out the differences between their versions of the laws in a conference committee.

Uber and Lyft have been largely supportive of the Senate bill, while criticizing the House bill as overly restrictive. The taxi industry, which has called for tight regulations on the companies while watching its own business collapse, has decried both bills as inadequate.

The bills have some similarities, putting oversight of the industry under the Department of Public Utilities, requiring drivers to use clearly displayed decals, and setting similar insurance requirements. But there are some big differences, too.

Below are some of the key questions legislators must answer before one of this year’s most contentious political issues on Beacon Hill is settled:

How will driver background checks work?

The two bills both include state-run background checks, but offer critical differences in execution. In the House version, drivers would have to submit personal information directly to the state, a system which Uber and Lyft oppose, saying it would be a drag on recruitment.

The newly amended Senate version also requires a state-run background check, but places the onus on the company, not the drivers, to submit drivers’ information to the state. That would effectively eliminate one more hoop drivers would need to jump through before they could get on the road. Uber and Lyft have not commented specifically on the added Senate provision, but they supported a bill from Gov. Charlie Baker last year that would have enforced the same requirement and is the basis for the Senate’s proposed check.

The taxi industry, meanwhile, wants Uber drivers to undergo fingerprint-based background checks, a requirement that has caused Uber and Lyft to pull out of some markets. Neither bill would require fingerprinting, and taxi lobbyists face an uphill battle in trying to add the requirement so late in the process.

The House bill would require Uber and Lyft to undergo a second inspection separate from the annual personal vehicle inspection already required in the state. The bill’s language suggests the inspection would be done by the Registry of Motor Vehicles or police, and not the garages and mechanics that currently issue inspection stickers.

According to the bill’s chief author, Rep. Aaron Michlewitz, the proposed inspection would check things relevant to a vehicle providing hired-ride services — for instance, making sure all seat belts and doors properly function.

Uber opposes the provision. In an interview during the spring, Chris Taylor, Uber’s Boston general manager, said the company would be more amenable to allowing mechanics to conduct a hired-ride inspection as an add-on to the personal vehicle inspections, because it would allow drivers to take care of both inspections in one sitting.

The Senate bill does not include the additional inspection.

Whither Logan Airport and the convention center?

The House’s bill includes controversial language would ban Uber and Lyft from picking up riders at the Boston Convention and Exhibition Center and Logan Airport for five years, a concession to cabbies by giving them exclusive domain to the popular areas. While Logan Airport currently restricts most drivers from picking up fares there, the House bill would cement the prohibition already in place and make it impossible for the existing regulation to change. The ban at the convention center would be new, and has been criticized by the facility’s operators. The Senate bill does not include the bans.

Will the state get a cut of the fares?

The Senate bill would require Uber, Lyft, and similar companies to pay the state 10 cents per ride, a tax that would ultimately fund municipal transportation needs. The House bill does not include the fee. 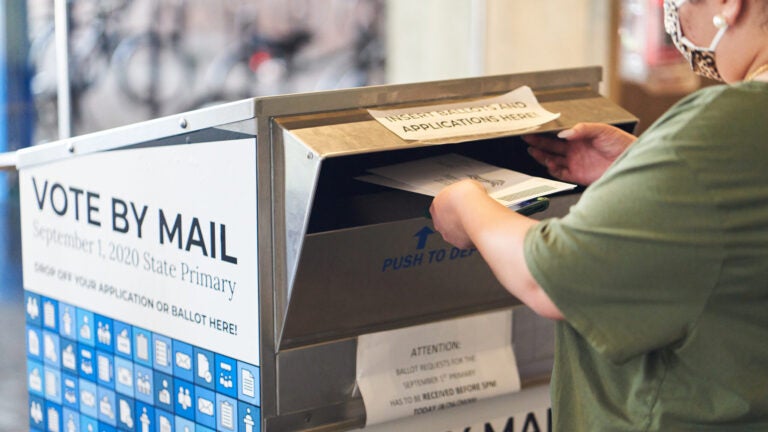