Cranes are in the air, dust is kicking up, and the first 150 of an expected 4,000 construction workers are along the Mystic River in Everett, as Wynn Resorts held a construction kick-off event Thursday for the casino project that has been dogged by legal challenges since it was first approved by the state’s gaming commission nearly two years ago.

The $2.1 billion Wynn Boston Harbor resort is now expected to open in June 2019. Bob DeSalvio, president of the company’s Boston-area outpost, said he doesn’t expect any further delays before that date comes.

“There’s no stopping us now,” DeSalvio said. “Onward and upward to the opening of Wynn Boston Harbor.”

The company spent 2015 feuding with the city of Boston, prior to reaching an agreement with Boston Mayor Marty Walsh to bury the dispute in January. Walsh had twice sued to try and block the project.

Wynn has also been at odds with Somerville Mayor Joseph Curtatone, and the casino would have broken ground earlier this year if not for a challenge filed by the city through the state’s Department of Environmental Protection in February. That challenge imposed new environmental conditions on Wynn but ultimately saw DEP give Wynn a waterfront construction permit, thus failing to stifle the casino plan. Somerville announced earlier this week that it would not ask DEP to reconsider its decision, essentially greenlighting the project.

DeSalvio differentiated Thursday’s event from a groundbreaking, because technically, ground already broke with pre-construction and utility work. But the bulk of construction could not get started during the Somerville permit challenge. The company received the permit Wednesday.

Somerville may still take DEP’s decision to the courts, where it has also filed several other suits challenging the casino’s validity. But DeSalvio said that won’t affect construction.

“Any pending litigation will be handled through the court system, but we are absolutely, positively moving forward from this day forward,” DeSalvio said.

Despite those still-standing challenges, DeSalvio said Wynn officials — including the company’s namesake, Vegas mogul Steve Wynn — have been in touch with Curtatone and described the company’s relationship with the city as “good.” DeSalvio said he expects the resort will employ Somerville residents and work with vendors from the city. (A Somerville city spokeswoman did not immediately respond to a request for comment.)

The project will also involve cleaning up the Mystic River and the site, which once was home to a Monsanto chemical plant. Everett Mayor Carlo DeMaria celebrated the environmental cleanup in remarks on Thursday, as well as the construction and permanent hospitality jobs the resort is expected to create.

Curtatone (and earlier Walsh) objected to the casino in part because of the area’s iffy transportation situation. The Sullivan Square traffic circle in Boston, located near both the Somerville and Everett borders, is a traffic headache, as is the Route 93 off-ramp leading into the square. Meanwhile, the casino does not offer rail access.

DeSalvio said the company is working with the Boston Transportation Department on launching an $11 million improvement project in and around Sullivan Square as part of the company’s mitigation requirement. DeSalvio said the plan — which will improve pedestrian and bike access to the square — will most likely get underway in 2017 and be completed before the casino opens. Wynn is also required to spend another $25 million on longer-term improvements to the square.

Wynn will be the only full resort casino in the Boston area. The state gaming commission has also licensed a resort casino in Springfield and a slots parlor in Plainville, which has been open for about 13 months. The Mashpee Wampanoag tribe also plans to open a casino on sovereign land in Taunton, though that project was dealt a legal blow in late July. 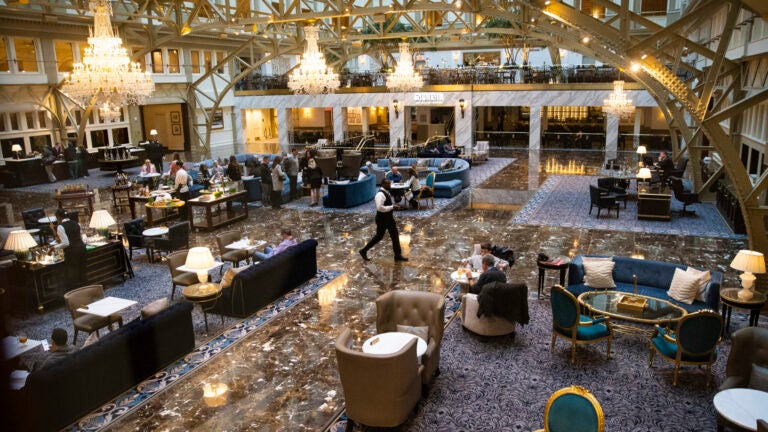