Out of Town News, a kiosk in Harvard Square in Cambridge, Massachusetts, is likely to become the latest of the nation’s premier newsstands to close.

CAMBRIDGE, Mass. — Julia Child was a regular customer, scouring the Out of Town News kiosk for German and Italian cooking magazines.

John Kenneth Galbraith came to the kiosk every day to buy Le Monde.

And in 1975, a young man named Paul Allen picked up a copy of Popular Electronics with a picture of a boxy personal computer on the cover; he shared it with his friend Bill Gates and, well, the rest is history.

For decades, the cluttered kiosk has catered to the eclectic, ink-stained needs of the famous, the soon-to-be famous and 10 million others who pass through Harvard Square each year.

But fewer people are buying newspapers and magazines these days, and the kiosk’s life as a purveyor of print publications is almost certainly coming to an end. The powerful Harvard Square Business Association wants the newsstand out so it can clean up the square — or in its phrase, “polish the trophy.”

“The world has changed,” said John P. DiGiovanni, a developer and president of the association. “People are not getting their news that way.”

The city of Cambridge, which owns the 500-square-foot vintage kiosk, is beginning a $4.6 million renovation of it and the gritty brick plaza around it, even as the area teems with tourists, students, homeless people, buskers, shoppers, pedicab drivers, chess players and political demonstrators.

Starting in August, the lease for Out of Town News will be renewed by the city on a month-to-month basis, meaning it could close the kiosk at any month after that. The lease expires in January 2019.

By then, if not sooner, Out of Town News is likely to become the latest of the nation’s premier newsstands to close — after other casualties of the internet like News Haven in New Haven, Connecticut, Barnett’s in Athens, Georgia, and the 101-year-old De Lauer’s in Oakland, California.

The owners would like to stay — the location, just outside Harvard’s gates in the heart of the square, is a marketer’s dream — but alternatives are already being discussed.

Cambridge, which owns the kiosk, is beginning a renovation of it and the brick plaza around it, even as the area teems with tourists, students, homeless people, buskers, shoppers, pedicab drivers, chess players and political demonstrators.

One plan would have turned the plaza into a mini Times Square, replete with stadium seating, a 23-foot-wide LED screen and a news ticker. (No word on a Naked Cowboy.)

Another would have replaced the kiosk’s chest-high brick walls with glass. But the Cambridge Historical Commission has vetoed any thoughts of major alterations to the original structure. The kiosk was put on the National Register of Historic Places in 1978.

But the commission has no say over how the kiosk might be used, and that is the battle that looms.

The structure, with its barrel-vaulted green copper roof, was built in 1928 as a subway entrance. It became a newsstand in 1984, when Sheldon Cohen, who founded Out of Town News in 1955 in a wooden shed next door, moved inside.

Out of Town News is still stuffed with magazines from around the world, obscure journals and scores of hobby publications. But it no longer carries The Washington Post, The Los Angeles Times or smaller papers in between. The owners have made up for lost revenue by selling Harvard trinkets and, to the consternation of the business association, lottery tickets, cigarettes and pornography.

“This is not what Harvard Square is about,” Denise Jillson, the association’s executive director, said as she peered into the kiosk. “We can do better.”

The percentage of customers who actually buy reading material at the kiosk seems relatively small, but they are devoted.

“It’s hard to imagine Harvard Square without this,” said Brian Whelan, 43, a foreign-service officer, who was scanning the magazine racks. He usually buys the Economist and Foreign Affairs, but on this day, he was just browsing.

Anthony De Leo, 76, who owns a business in Harvard Square that rents out corporate apartments, was buying Fast Company and The Cambridge Chronicle.

“To remove this, to make it for some other purpose, I just don’t see it,” he said. “There are so many individuals, from presidents to writers to scientists, who have gone in and out; it’s a very unusual spot. People all over the world know it.”

Dharma Kafle, 29, sorted the morning’s newspaper and magazine deliveries as he opened Out of Town News late last month.

Now that the historical commission has said that the kiosk’s basic structure cannot be changed, DiGiovanni has come up with another proposal: He wants businesses to be able to rent the kiosk for a few hours at a time and offer samples of their wares.

Not so fast, say various residents, academics, architects, urban planners and even some City Council members, who claim that the business association has been trying to commandeer what should be a public decision-making process. Many have organized into a group called Our Harvard Square, which has demanded a voice.

The group petitioned the city to designate the kiosk a landmark, saying that would add a layer of protection beyond its place on the National Register and as part of a Cambridge Conservation District.

The City Council endorsed the idea, and on Thursday, the historical commission voted to study whether to designate the kiosk a landmark. Even Jillson of the business association signed the petition.

The citizen group is also calling for an open design competition for the plaza.

“Harvard Square is important enough so that many international architects would want to compete,” said Suzanne Preston Blier, a leader of the group and a Harvard professor of architectural history.

The city is preparing to appoint an advisory committee made up of a dozen or so stakeholders, including someone from Our Harvard Square, to help determine the kiosk’s future use.

“It is the city’s intent to have community support behind a clear vision for the kiosk that addresses programming, use and continued stewardship,” said Lisa C. Peterson, the acting city manager.

Still, Blier and members of Our Harvard Square remain wary that the advisory committee will be weighted toward the business association.

Beyond that, they worry that Harvard Square is losing its identity and its distinctive architecture to national chain stores and banks — all part of a relentless crush toward homogenization.

Paul Goldberger, the former architecture critic for The New York Times, said after a recent visit that historic preservation was partly about saving works of architecture that “define a sense of place.” The kiosk, he said, “is absolutely in that category.”

“Is it the Parthenon or the pyramids?” he asked. “Of course not. It’s just a very, very nice thing, without which Harvard Square would be significantly diminished.” 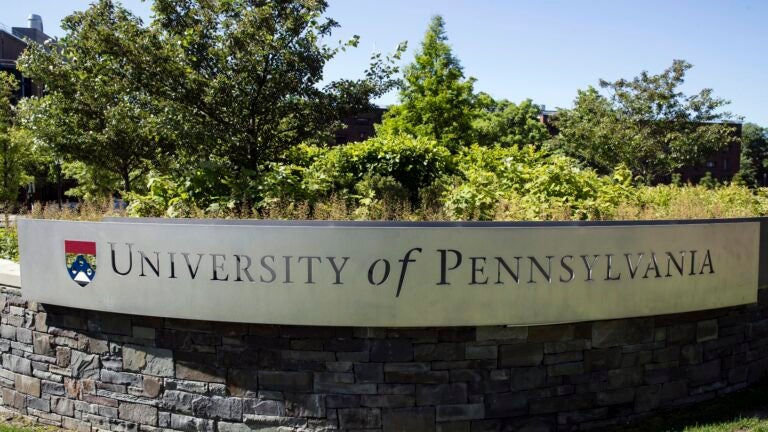