MIT researchers have developed a new pasta prototype: a shape-shifting noodle that could significantly cut down on the cost of selling, and shipping, a box of macaroni.

But hold the sauce, as these are not your nonna’s gnocchi. The researchers engineered their flat sheets of “pasta’’ out of gelatin and cellulose, and designed them to twist and curl into rotini and saddle shapes when exposed to water.

The next challenge: to see if the process can be transferred to the creation of actual, edible pasta.

The experiments were shared last month at a computing conference.

One of the paper’s lead authors, Wen Wang, said she became interested in food science through an indirect route. She and her coauthor, Lining Yao, had been working on making “smart’’ garments at MIT when the pair bonded over a hankering for home-cooked food. Both women are from the Inner Mongolia region of China, and they joked about using their engineering techniques to create a self-folding dumpling. Wang said the idea was mostly in jest, until she watched “Star Wars: The Force Awakens’’ and noticed its main character, Rey, making a loaf of “instant bread’’ by pouring a packet of powder into water.

It was just a few seconds in the film, but at MIT, there’s no such thing as science fiction.

“It was so amazing, I was like ‘What’s going on there?’ ’’ Wang said. And it led to an experiment making “balloon bread,’’ which drew the attention of the folks at the Food + Future Lab. The incubator, which is run by MIT, IDEO, and Target, ended up funding their work.

Wang and Yao began to think about how to develop foods that might respond to various kinds of moisture. A trip to a hot pot restaurant in Cambridge helped them land on a concept: They watched as flat pieces of squid that had been scored with diagonal lines twisted and curled when they were tossed into boiling broth.

The researchers used a similar technique in developing their “noodles.’’ Using a 3-D printer, the team created sheets of gelatin, then printed patterns of cellulose on top. The two materials work in tandem: The gelatin absorbs water, while the cellulose blocks absorption. By tweaking the various cellulose patterns, the researchers could determine the way the noodle would bend. It’s sort of like having a set of predetermined seams in place before folding origami.

Wang and Yao had a prototype, but they wanted to demonstrate how this pasta could perform. So they reached out to Matthew Delisle, who was working as a chef at L’Espalier. After hearing them explain their concept, Delisle was intrigued, and he agreed to help develop a series of “recipes’’ that would showcase the various noodles they’d created.

In a video they produced for the presentation, small transparent discs of gelatin flavored with squid ink curl up into flowers and saddle shapes when they are exposed to water. Other fettuccine-style noodles spontaneously break up into pieces when they’re placed into hot broth. And small transparent discs of gelatin automatically curl around beads of caviar in another dish, making a type of very fancy “cannoli.’’

“It’s still very much in the experimental stage, but aesthetically, it was very cool to see it happen,’’ said Delisle, who now works as the executive chef of the Windsor House Inn.

The researchers say that their techniques could be adopted by industrial food makers, and hope to partner with pasta and other food-processing companies to commercialize their technology. They say flat-packing noodles could significantly cut down on the amount of space needed to ship and store food and estimate that a typical box of pasta, for example, is about 67 percent air.

And Wang said she hopes the Star Wars-inspired project might have a similar trajectory. She thinks that their pasta could one day be used to feed astronauts during NASA missions.

“You can save space in space,’’ she said. 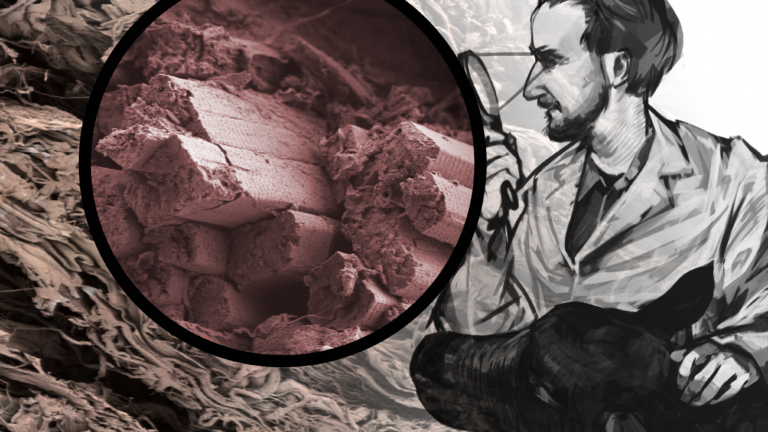