The City of Worcester is digging deep to woo an Amazon headquarters, with a proposal to offer up to $500 million in local property tax breaks.

The incentive package would be spread out over 20 years, according to a copy of the 60-page bid, released Tuesday night.

Amazon.com Inc. is on the hunt for a second corporate headquarters that would create up to 50,000 high-paying jobs and come with a $5 billion investment from the Seattle-based tech and retailing giant. Bids are due Thursday, and dozens of North American cities are expected to submit proposals, including Boston and Somerville.

Worcester, the state’s second-largest city, after Boston, is proposing that Amazon take over three parcels totaling 98 acres along Route 20. A commuter rail line runs along the property, but a station would need to be built. The privately owned land is zoned for manufacturing, but the city indicated it can be rezoned for commercial use, such as offices.

The bid aims to set up Worcester as a low-cost tech-hub alternative.

Technology talent can be drawn from the city’s nine college and universities, most notably Worcester Polytechnic Institute. (Joe Quinlivan, Amazon Robotics’ president and chief operating officer, is a WPI alumnus.)

The bid highlights how the cost of living in Worcester is lower than in Boston and Seattle. The average single-family home in Worcester costs about $234,000, while many condominium units in Boston are being sold for more than $1 million.

In comparing Worcester to Seattle, the bid shows how much house you can buy with about $575,000. In Seattle, that amount gets you a two-bedroom, one-bath home; in Worcester, you can have a five-bedroom, house with three full baths.

The size of Worcester’s tax breaks reflects how seriously the city wants Amazon and is likely to reignite a debate on whether governments should offer such incentives. The City of Boston gave General Electric Co. a property tax break of $20 million over 20 years when it relocated from Connecticut to Boston last year; the state kicked in up to $125 million in incentives. GE’s move is expected to generate about 800 jobs.

Amazon has said it will make a decision next year on where it will locate its second headquarters. 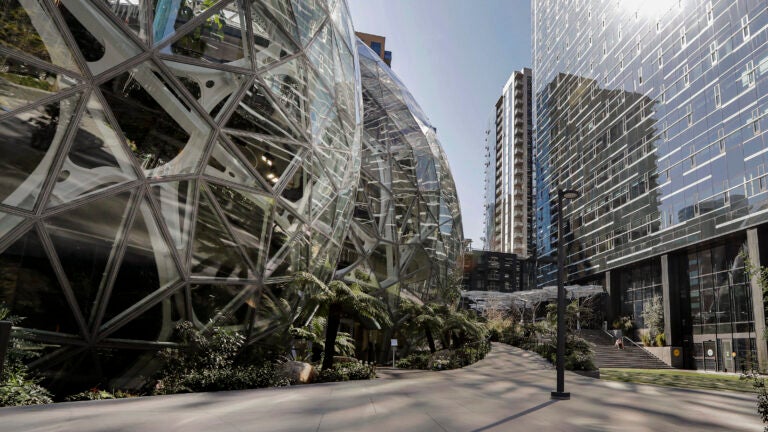