Could the sun finally be setting on the General Electric empire?

Chief executive John Flannery on Tuesday raised the prospect of ending GE’s long life as one of the world’s best-known industrial conglomerates by floating the idea of spinning off one or more of its remaining three core businesses into separately traded companies.

The breakup of the company born in Thomas Edison’s labs is one of the more radical options Flannery is considering to reverse an alarming slide in GE’s stock price during a bull market. Although officials said they remain committed to Boston, the restructuring idea raises the prospect that GE could wind up a very different company than the one state and city officials wooed here in 2016. It is set to move into a new headquarters complex in Fort Point over the next few years.

Since taking over as CEO in August, Flannery has aggressively stepped up efforts begun by his predecessor, Jeff Immelt, to cut costs and shrink and simplify GE’s sprawling corporate shape. Just in November, Flannery had announced a reorganization around three main industries — health care, aviation, and power — that also involved divesting $20 billion worth of business lines, including its locomotive business, and cutting $3 billion over two years.

But on Tuesday Flannery surprised Wall Street with more negative news: a $6.2 billion charge related to problems in an insurance business left over after the company sold off most of its GE Capital portfolio.

GE stock fell 3 percent on Tuesday, to close at $18.21 a share, and is down more than 40 percent over the past year. The latest financial headache underscores how GE’s continued complexity can hide problems, even after efforts by Immelt and Flannery to simplify the company.

“People are like, ‘This is crazy, you have sinkholes of this magnitude?’ ’’ Heymann said. “I think that’s what’s encouraging this increased’’ consideration of all possible options by Flannery.

For decades, conglomerates were a sign of corporate might, as a portfolio of loosely related businesses gave companies more opportunities to grow and made them less vulnerable to a downturn in any one operation.

But their complexity made them difficult to manage, and long-term problems at one division can threaten to limit the prospects for the parent company, as was the case for GE after the financial crisis created problems in its GE Capital operation. Heymann said many big industrial conglomerates, such as Siemens, are looking at ways to simplify their sprawling businesses.

In a call with analysts Tuesday, Flannery said he is open to different capital structures for the company’s three core business lines, including a spin-off.

“It’s a kind of thing that could result in many, many different permutations, including separately traded assets really in any of our units, if that’s what made sense,’’ Flannery said. “The real core approach here is to make sure that these businesses can flourish in the decades ahead and they have the right capital structures and investment resources to do that.’’

This is a far cry from the ambitions GE had after Jack Welch took over as CEO in 1981 and over a 20-year tenure built the company into a global colossus, increasing revenues five-fold, to $130 billion, and profits 10 times, to $12.7 billion. The company’s corporate structure was a labyrinth of businesses, many of which had their own chief executives. It had multiple financial and insurance operations, a division for aircraft engines and another for aviation, and even owned a television network — NBC.

Immelt, Welch’s successor, spent much of his 16 years as CEO trying to tame some of that sprawl. He sold off NBC, the appliance business, and much of GE Capital. He tried to turn GE into a digital company that used software to make its industrial products more efficient, and tried to cultivate a hipper image among young technology workers with a cheeky advertising campaign.

But Immelt exited earlier than expected last year amid unhappiness with the company’s languishing stock price.

Bill Aulet, an entrepreneurship professor at MIT, said it would be short-sighted for the 126-year-old GE to surrender to pressure from Wall Street and give up on the conglomerate model.

“It’s giving in to short-term thinking of investors,’’ Aulet said. “The easy thing to do would be to monetize all that is magic at GE for the short term. But then they just give up on the long term.’’

But one investor in particular, activist shareholder Trian Fund Management, now has a seat on GE’s board of directors after pressing for changes.

Joseph Bower, a management expert and professor emeritus with Harvard Business School, said GE used the conglomerate model to develop executives from within who could run a variety of different businesses.

“From a Wall Street perspective, you could break up GE,’’ Bower said. “But I don’t know whether from the GE board’s perspective, you would want to. It depends on how much of that culture of discipline and management is left.’’

In Bower’s view, the only reason to break up GE today would be to appease Trian.

“Trian doesn’t care whether there is a great technology company called GE,’’ Bower said. “Trian cares whether they can get the share price up in the near term.’’

GE is moving forward on its $200 million headquarters in Fort Point that will be built in two phases, with renovations to two older brick buildings scheduled to be completed in 2019 and a 12-story tower next door over the ensuing two years. For now, GE’s nearly 250 headquarters employees work in temporary offices nearby.

Mark Williams, a finance professor at Boston University, said the latest development at GE calls into question the roughly $150 million package of incentives that state and city officials used to lure the company from Connecticut in 2016. In return, GE pledged to bring 800 jobs to the new headquarters by 2024.

“Their commitment was made earlier, when they were in a stronger position financially,’’ Williams said. “There’s more and more news coming out that demonstrates that maybe what Boston thought they were going to get is not what they’re going to get. . . . With Boston’s ties to GE, we are directly linked to their success or failure.’’ 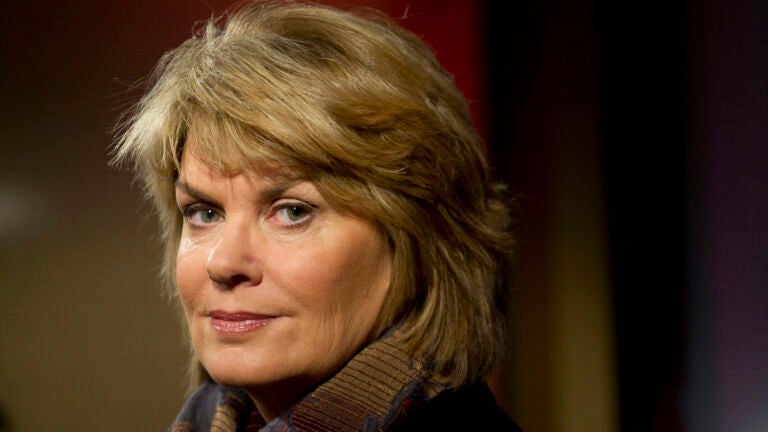